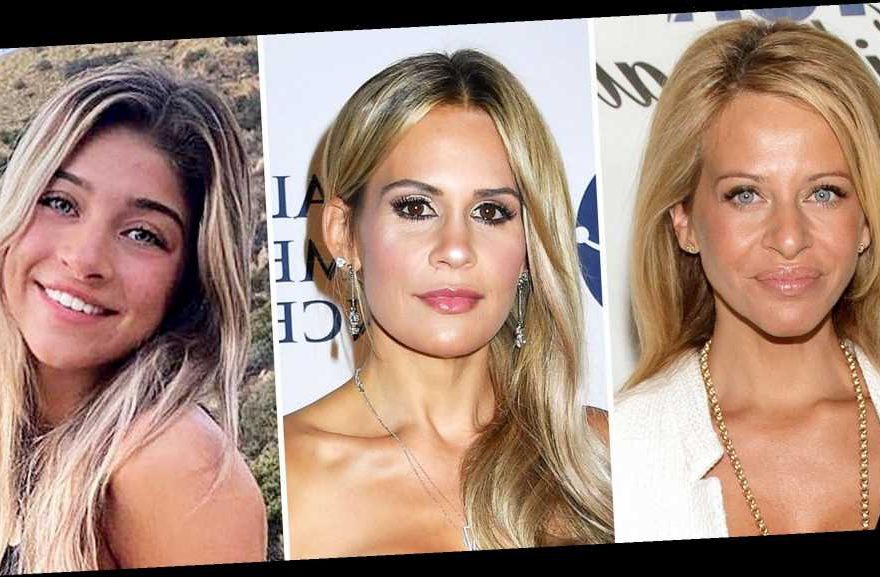 All Grown Up! Gia Giudice Through the Years

Teresa, 48, and Jackie, 44, went head-to-head on the season 11 premiere of RHONJ after the Standing Strong author claimed she heard Evan Goldschneider is unfaithful to his wife. Jackie subsequently compared the rumors to telling people Gia, 20, does “coke in the bathroom” at parties. The day after the episode aired, Dina shared a statement from Teresa’s publicist via Instagram Stories.

“I did NOT watch, but I totally agree,” she wrote alongside Appian Entertainment’s Karianne Fischbach’s statement. “A Grown woman should not use that analogy about a minor EVER, especially about our beautiful @_giaguidice. Jackie needs to make a public apology immediately.”

Former ‘RHONJ’ Stars: Where Are They Now?

“Gia is a wonderful, smart, strong and beautiful human being and what was done to her tonight was wrong on so many levels. For a grown ass ‘I’m so so smart I’m lawyer’ woman to bring Gia’s name into an argument & place an accusation with such a weighted consequence is inconceivable,” Fischbach wrote on Wednesday. “I cannot fathom what would [possess] someone to create a false narrative that could have severe consequences for the innocent party involved, a 19-year-old at the time who was in no way involved in anything. what the cast members choose to do to each other is the nature of the reality TV beast, this was to [SIC] far.”

Jackie, for her part, told Us Weekly that she was “wasn’t starting a rumor about Gia.”

She explained: “I was giving an analogy. I think that almost everyone will say that that’s an analogy and the truth is that there’s no one else in Teresa’s life that I can make her understand. When you say something about someone you love, whether or not it’s true, it hurts, you know? So, I don’t regret that because if I was saying something nasty about Gia, then I would regret it. But I was giving an analogy, which it was pretty clear to almost everyone.”

Unsurprisingly, Teresa disagrees. “I think anybody that would say something like that about someone else’s child is disgraceful,” she told Entertainment Tonight. “As a lawyer, not smart. Just saying! Not smart at all. She tries to act like she’s this person you could speak to, and she’s a lawyer and all this. A lawyer and being so smart, that was the worst analogy possible. And being a mom of four? Very bad move.”

The Real Housewives of New Jersey airs on Bravo Wednesdays at 9 p.m. ET.