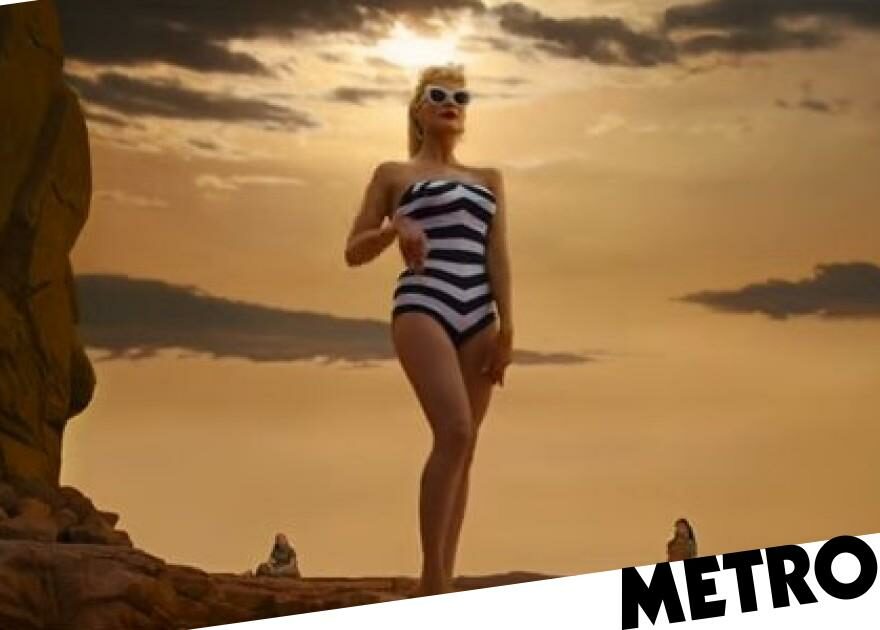 The trailer for Greta Gerwig’s hugely anticipated Barbie movie is finally here, and it is everything we hoped for.

Starring Margot Robbie and Ryan Gosling, Barbie has been a massive talking point since the project was announced..

(And even more so since we caught a glimpse of the set, Margot’s outfits and Ryan’s transformation into Ken.)

Now a first teaser trailer to the film has been released, and fans are going even wilder than before – and for good reason, as it’s the 2001: A Space Odyssey spoof we didn’t know we needed.

The trailer begins with a prehistoric-looking landscape, with a voiceover declaring: ‘Since the beginning of time, since the first little girl has ever existed, there have been dolls.’

‘But the dolls were always and forever baby dolls. Until…’ at which point an enormous Margot Robbie appears on screen dressed as the first-ever Barbie doll released by Mattel in a black-and-white swimsuit, sunglasses and red lipstick. 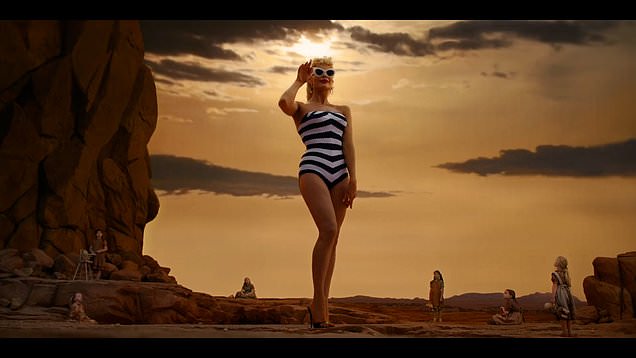 As Margot removes her sunglasses to give a smile and wink to the awe-struck children staring at her, they suddenly throw, break and smash their baby dolls, proving that Barbie is, well, the doll.

The final seconds give a short but sweet glimpse at what’s to come in the film, with Margot stepping out on what looks to be the roof of her Barbie dream home, to survey her Barbie World.

Another short clip sees Ryan – aka Ken – appearing to do some shadow boxing surrounded by other psuedo sports stars, from gymnasts to wrestlers and lacrosse players.

There’s also plenty of dances, including one where Barbie takes centre-stage, Margot again winking at the camera.

The trailer is, tragically, just over a minute long, but there’s plenty in there to get fans excited.

As one person put it: ‘I’ve only seen this one frame and yet the Barbie trailer has now become my entire personality.’

Another predicted the movie ‘is going to be adorable,’ while one said they were ‘completely obsessed.’

Greta’s massively-anticipated film has finished filming and is set to be released next year.

It features incredible costumes, all-pink mansions and cars, and a bleach-blond Ryan decked out in double denim.

Also in the A-list cast are the likes of Will Ferrell, new Doctor Who star Ncuti Gatwa, Marvel star Simu Liu and more.