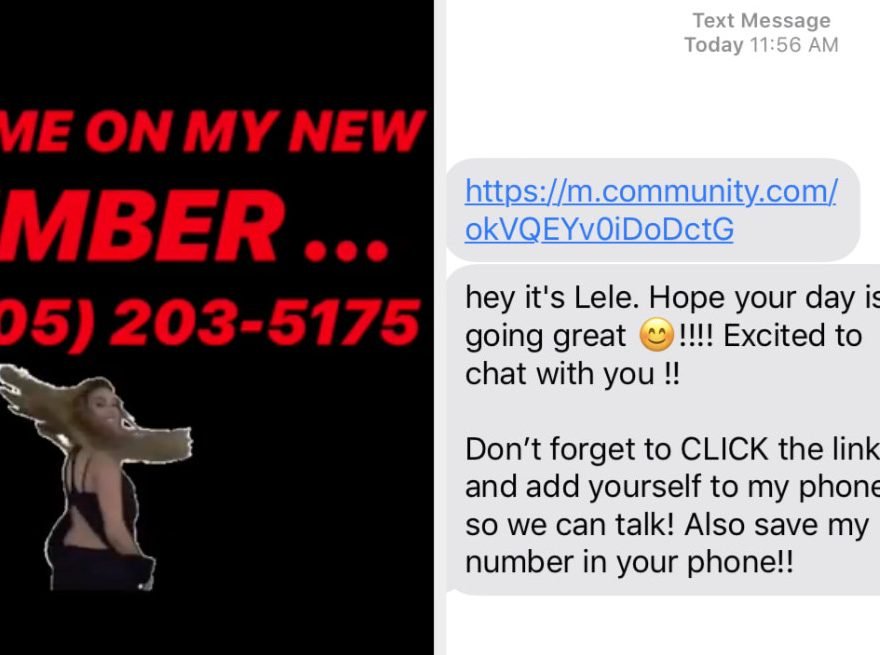 TEXT ME ON MY NEW NUMBER !!! Would love to chat with you guys and i get to know you better !!! IF YOU CANT TEXT ME ITS CAUSE IT STILL DOESNT WORK OUTSIDE OF THE UNITED STATES BUT STILL PUT YOUR INFO SO WHEN IT WORKS IN OTHER PLACES I CAN TEXT YOU AND LET YOU KNOW❤️❤️❤️❤️❤️❤️❤️

Big influencers like Lele Pons and Jake Paul are giving out their “new” phone numbers and urging their fans to “text” them directly, but some fans are skeptical.

Over the past few days, Pons and Paul have both shared private phone numbers to their combined 48.9 million followers on Instagram. They wrote they “would love to chat with you guys” and “get to know you better.” They even said they would “text people back.”

The effort seems to be a marketing campaign by a new company called Community, which aims to build a somewhat direct line between fans and famous people.

Community directed BuzzFeed News to its FAQ page as a response to a list of inquiries about its company model and partnerships with top influencers.

“We’ve built Community to enable more meaningful conversations, and we give Community Leaders the tools to respond directly to you,” its website touts. “Whether a message comes directly from them or from their team, the connection is 100% real.”

Some fans are excited by the prospect. There were droves of excited comments on Pons’ recent Instagram post promoting the cellphone number.

“I texted u and when I saw hey its lele I SCREAMED,” one commenter wrote.

“Did you really just post your number???? Are you out of your mind???” a concerned fan wrote.

Others among her 36 million–plus followers raised their eyebrows.

“It seems extremely weird to give her number to the public just like that .. maybe she gets money from the texts or smth,” one person noted.

“I don’t think she sends messages person to person,” another added.

Pons, Paul, and their teams did not immediately respond to BuzzFeed News’ inquiries about the posts. The posts were not marked as ads. 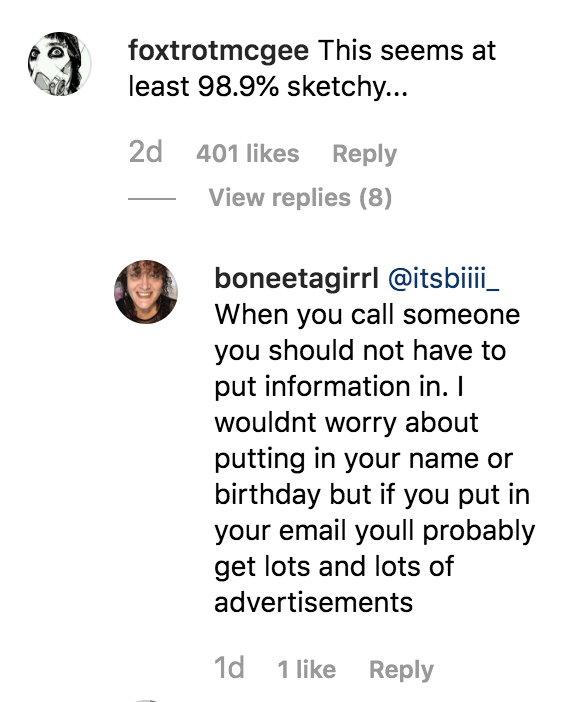 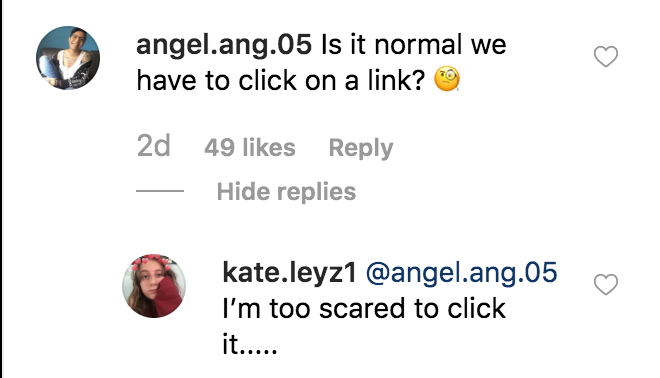 Those who try to text Pons at the number provided get an automated response. They’re also prompted to click on a link to Community’s website. The company then asks users to enter personal information, including their name, gender identity, birthday, and location, in order to proceed. 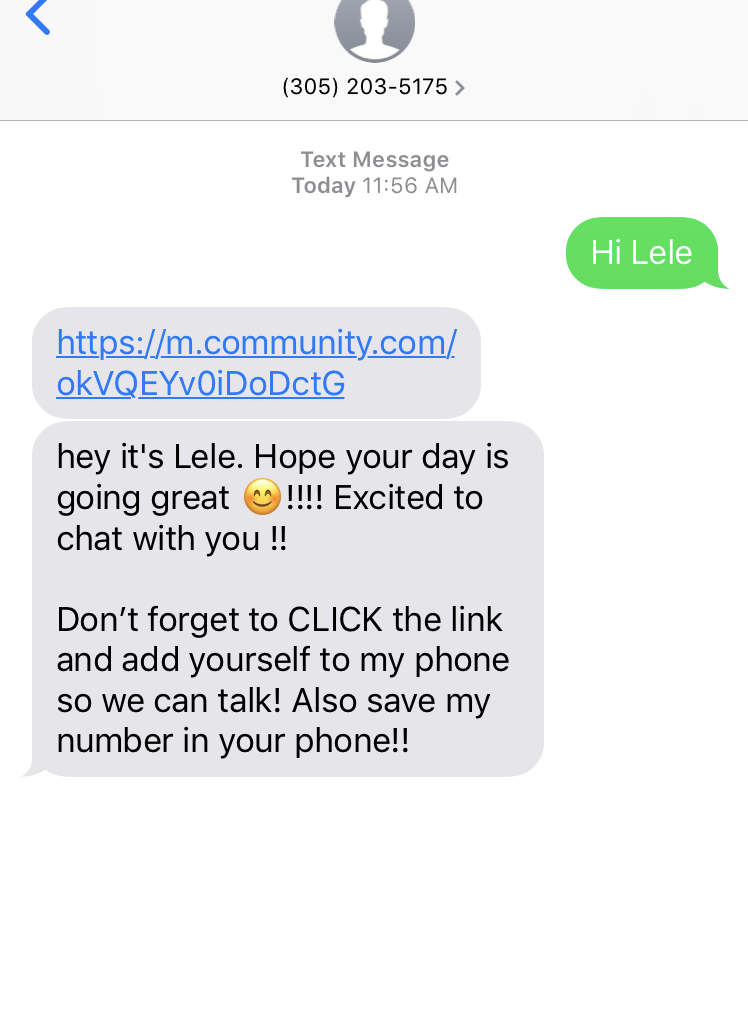 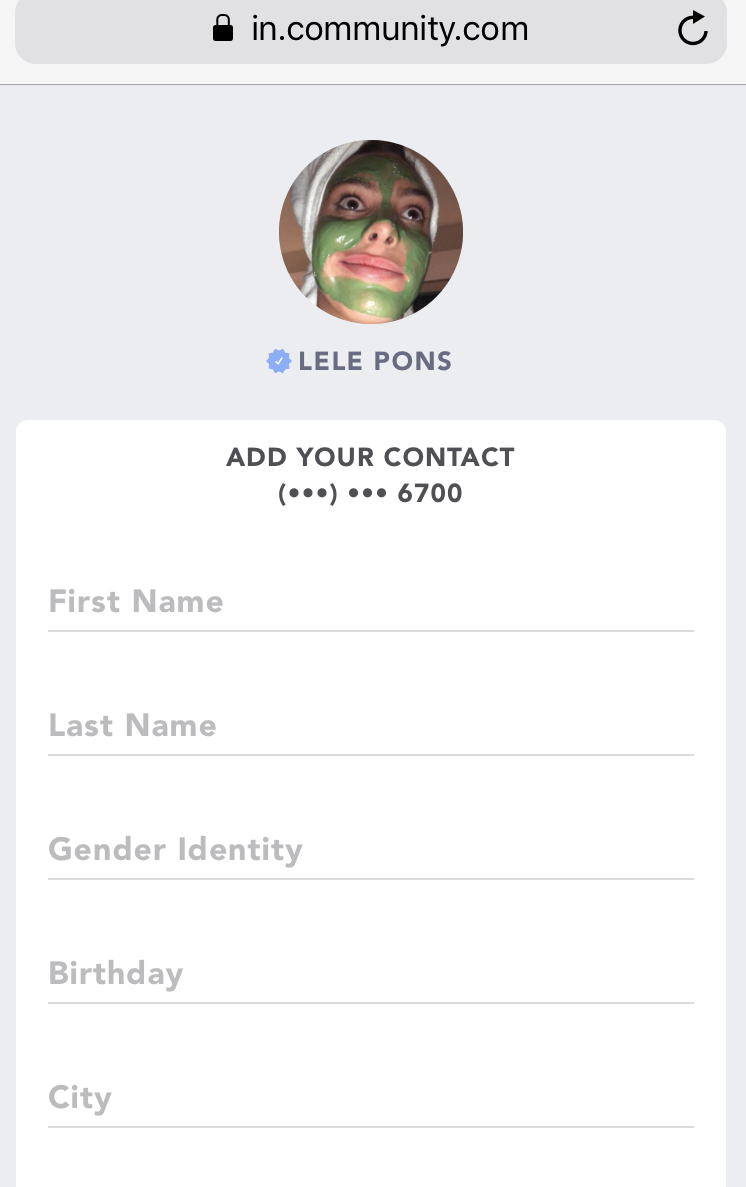 Community declined to comment specifically on how a user’s information is used or who sees it. On its website, the company says that “the signup questions help our Community Leaders know more about who they’re talking to.”

“In order for Community Leaders to message you directly, they need your basic info,” one of its FAQ fields states. “This way, they can send you messages you actually care about, like info about an event in your city, or a happy birthday video.”

The company website also claims that it does not “send you advertisements or sell your personal information.” 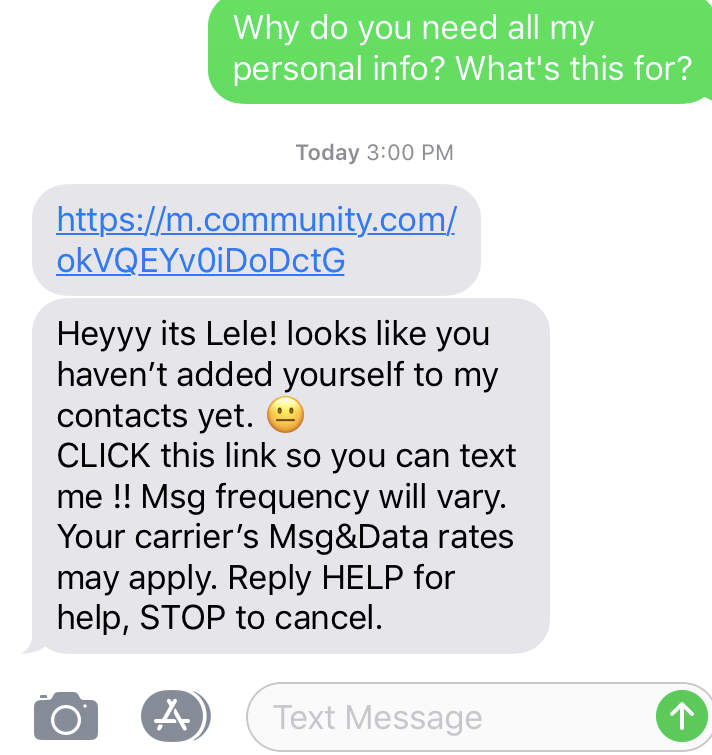 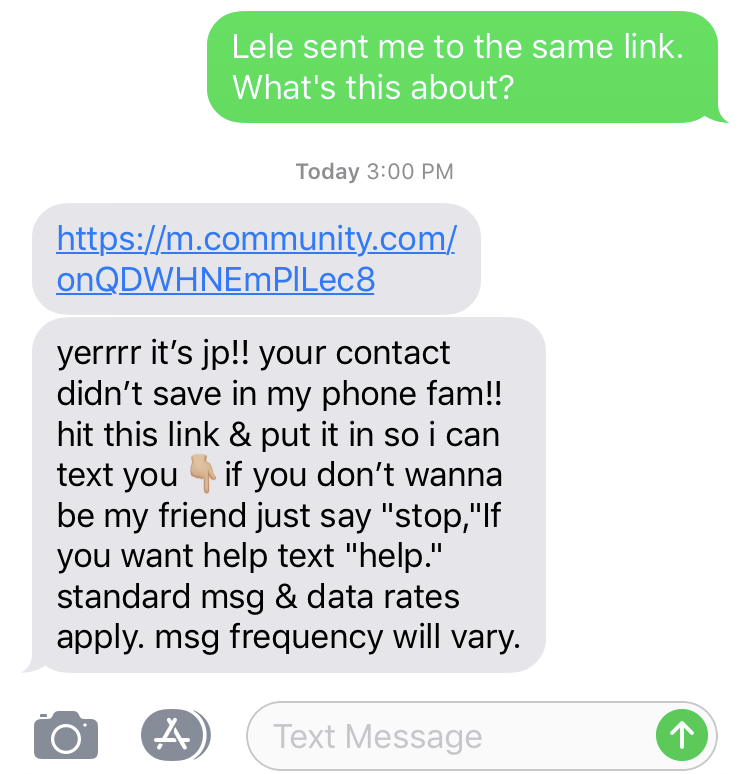 While Community and its brand ambassadors seem to be keeping mum about how the new texting platform will work, they are trying to drive in a number of preliminary users. They are even opening a waitlist.

Apart from the standard cellphone carrier rates for texting, the service sells itself as free to use.

I tried the service for myself. After a day of not entering my personal information into the prompted link fields, I received automated follow-up texts from (er, rather, “from”) Pons and Paul urging me to do so. This would ensure “[Paul] can text [me]” and “you can text [Pons],” according to the texts.

Despite some fans’ skepticism, these automated responses were enough for some fervent followers.