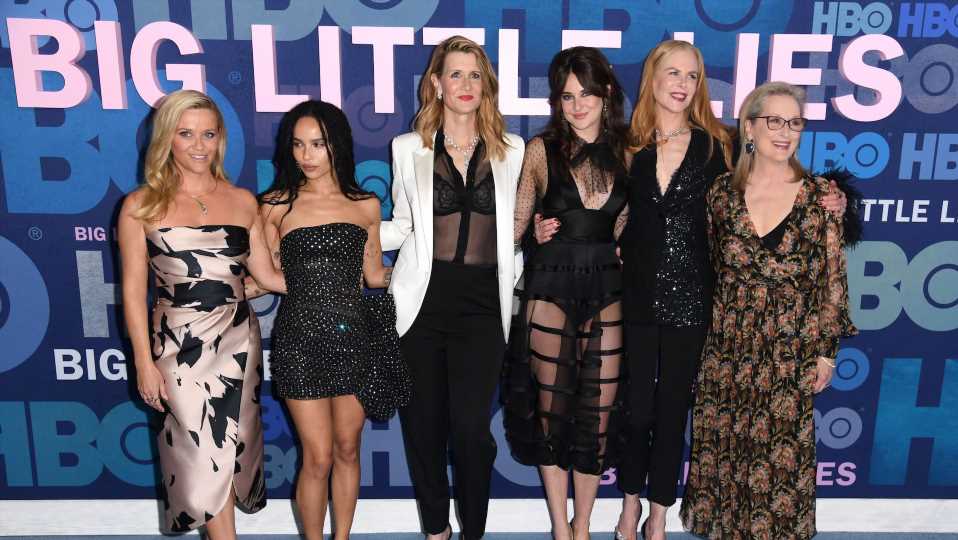 There’s currently major discord among the Monterey Five onscreen, but, offscreen, Meryl Streep recently joined the Big Little Lies group chat. As in, yes — the wretched Mary Louise has been fraternizing with Celeste (Nicole Kidman), Jane (Shailene Woodley), Renata (Laura Dern), Bonnie (Zoe Kravitz) and even Madeline (Reese Witherspoon) — the latter’s short-person stature be damned. IRL, though, Streep is apparently proving to be every bit the revelation in a group chat that fans would expect from the storied actress.

Laura Dern spilled the tea on Streep’s introduction to the tight-knit texting group during an appearance this week on Late Night with Seth Meyers. After discussing her character’s #BigRenataEnergy, talk inevitably circled back around to the group text thread Dern told Meyers about last season. “It’s going strong,” Dern confirmed, even noting that the women have adopted their group nickname from the show as the official group text name: “The Monterey Five.”

Only, it isn’t five anymore. When Streep joined the cast, according to Dern, she wanted in on the group text action. “Then this other woman, like, wants to join the text. I’m like, Meryl, OK, we have our own group text! It’s a little rude,” Dern joked, before adding, “Of course she writes the most genius thing ever and inspires us all to become better people.. we’re like, ‘OK, you can be in our text.’”

Unfortunately, Dern didn’t share Streep’s empowering words of wisdom with the rest of us. She did, however, share some equally transformative information passed on to her by Kidman. Dern, who kid that she should censor herself more in the group, said she sometimes asks what she considers inane questions, like what snacks she should eat when she’s feeling exhausted on set. “But, then Nicole taught me about apple with cinnamon, and it’s changed my life.” Kidman, the snack expert — who knew?

As for other FOMO-inducing details about The Monterey Five group chat, the women have previously revealed that there are “no boys allowed,” Kidman is the queen of emojis and Witherspoon loves a good GIF.