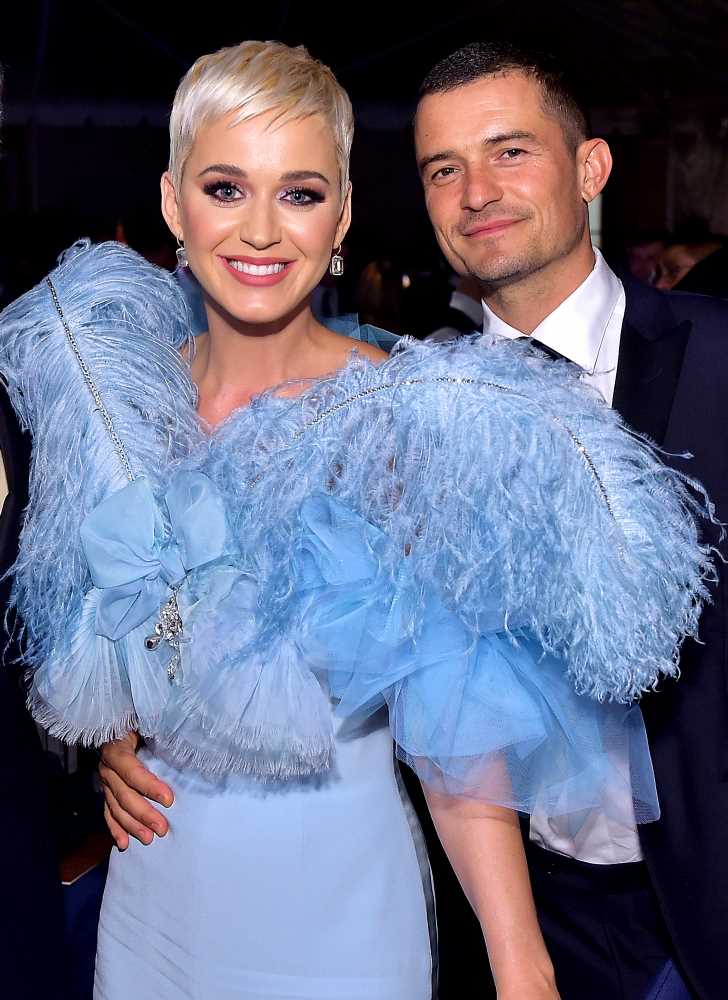 Katy Perry will marry fiancé Orlando Bloom in her own time.

When asked during a new interview with KIIS 1065’s The Kyle & Jackie O Show whether she’s going to wed this year or have a long engagement, the “Never Really Over” singer responded that she and the actor are first taking important steps in their relationship before they walk down the aisle.

“I think we’re doing really great, and we’re really doing the hard work and laying a beautiful foundation before we start to build a monster house, metaphorically,” Perry, 34, said.

After being asked by cohost Kyle Sandilands to clarify what she meant by “monster house,” Perry said, “I’m saying it more figuratively.”

“I’m saying it, like, emotionally,” she continued. “It’s important for us to really do the work before we go and take this really big next step because we were both married before, and it’s not the same in your 30s, as you know.”

Bloom, 42, was previously married to model Miranda Kerr, 35, whom he wed in an intimate ceremony in July 2010 just one month after their engagement was confirmed. Perry similarly exchanged vows with ex-husband Russell Brand, 43, in a private but extravagant ceremony in India in 2010 less than 10 months after getting engaged.

Bloom and Perry — who have been dating on-and-off since 2016 — got engaged on Valentine’s Day earlier this year. During the radio interview, Sandilands said he knew he had “no chance” with Perry after he saw the nude photos of Bloom paddle-boarding in Sardinia surface in 2016.

While Perry didn’t deny Bloom is well-endowed, she clarified with a laugh that it was “his heart” that won her over.

Elsewhere in the interview, Perry opened up about her reconciliation with fellow pop star Taylor Swift, explaining it “kind of was a process.”

After having a years-long complicated relationship that seemingly inspired their respective songs “Bad Blood” and “Swish Swish,” the pair reunited in the star-studded music video for Swift’s single “You Need to Calm Down” last month, in which they wore matching burger and French fry costumes.

Perry said that their path to reconciling began when she sent the singer “a literal olive branch and a note apologizing for my part in all of it” last year as Swift hit the road her Reputation Stadium Tour.

“I just thought, you know, she was about to embark on something new and big and needed the support,” Perry said. “I realized how much we have in common. And maybe there’s only five other people in the world that can have the same type of conversations and understand where we’re coming from, and that we should celebrate our commonality and our friendship and to be able to be there for each other.”