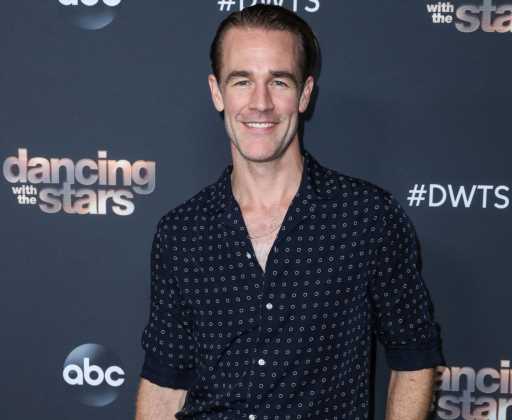 This is not the time to dad-shame James Van Der Beek for sharing the most honest 2020 mood out there. Van Der Beek’s his 2-year-old  daughter, Gwendolyn, decided to drop the F-bomb — OK, more than one F-bomb. Lots of F-bombs, actually — in his latest Instagram video, and it’s nothing short of delightful, honestly. So many parents can relate to the cringe-y yet laugh-out-loud hilarity of a toddler discover a swear word — especially that one — and the Van Der Beeks are no exception.

The tot is riding around on her trike in the kitchen when we hear James ask off-camera, “What did you say?” She launches into her hilarious response to her entire family: “F-hole.” (Or is it “F-off” or “F-you? It’s kind of hard to tell.) Her 6-year-old sister Annabel giggles, “You said the F-word.” That’s when James’ wife, Kimberly Van Der Beek, looks mortified and amused all at once as she holds in her laughter. “Where did she hear that?” she questions. Annabel volunteers herself as the offending party, “From me.”

And of course, Gwendolyn isn’t backing down from all of this attention, so she scoots over to mom and drops one more F-word for good measure. The former Dawson’s Creek star turns the camera on himself to show off his beet-red face while holding in his giggles.

The caption on the post probably sums up every parent’s thoughts for 2020: “Please please please tell me it’s not too late to submit for ‘Parents of the Year.’ 🤞🏻” No one is going to blame any parent for doing their best during a pandemic, attempting home-schooling and fighting to keep their sanity during an extraordinarily tough year.

The Van Der Beek family took on an even bigger challenge by uprooting their household from Beverly Hills to Texas for a fresh start. James wrote in October, “In the last ten months, we’ve had two late-term pregnancy losses, each of which put @vanderkimberly in the hospital, we spent Christmas break thinking she had a tumor (the doctor was wrong, thank god), a business colleague I hired hijacked the project and stabbed me in the back, I was prematurely booted off a reality dancing show I was favored to win in front of the whole world, and my mom died. And a shut-down.”

The family of seven has happily settled on a ranch where their kids are free to roam around outside without the worries of big city life. Even in a new location, some of the challenges of 2020 still remain, so we can’t fault Gwendolyn for shouting out what we’ve all been thinking all year. It’s a total vibe we hope to leave behind once we hit 2021.

Before you go, click here to see more celebrities with huge families.