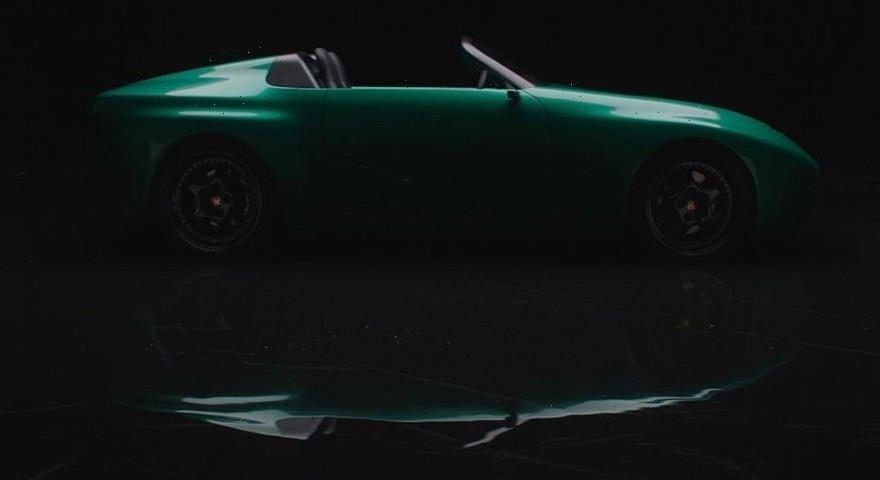 There’s no hiding from Arthur Kar‘s love for Porsche, as his automotive house and fashion platform L’Art de L’automobile often sells rare Porsche models and puts the spotlight on them in collections or interviews. Now, L’Art de L’automobile follows up on its previously-teased collaboration with the brand with the unveiling of its physical partnership, showcasing the one-off Porsche 968 L’ART car.

The 968 was an ’80s baby, marking the final iteration of a water-cooled front-engined, rear-drive Porsche for the masses. Powered by a three-liter four-cylinder engine, it was pipped to be a grand tourer as opposed to the 911‘s raw sportscar feeling, but now, L’Art de L’automobile has completely flipped the switch with its custom iteration.

For the 968 L’ART car, the brand has taken the roof off to turn the car into a speedster, while plenty of branding appears around the car in even the most unexpected places. For example, the rear sees Porsche debossed into the exterior, and underneath that is “KAR,” spelled out in the rear lights.

More branding graces the door sills when the door is opened, the TAG Heuer clocks and dials in the car’s interior, on the retro single-spoke steering wheel, and elsewhere as well. The overall design is low and sleek, looking like a true contemporary concept of the 968 as if it were to be recreated today, with its front lights sitting low, the windscreen having a considerable rake and slope to it, and touches such as the wing mirrors echoing the past in their rectangular shape, but appearing modern at the same time in a retro fashion.

Appearing alongside the car is a kid who’s decked in a co-branded L’Art de L’automobile x Porsche race suit, which we hope could spur a collection in the near future. For those who want to see the car in real life, you’re in luck, as it’s being shown at the Porsche and L’Art de L’automobile exhibition from September 30 to October 3, 2021, at 35-37 rue des Francs-Bourgeois, 75003, Paris. Otherwise, check out the car in the video above and the images below.

In case you missed it, this is the world’s fastest street-legal SUV.
Source: Read Full Article