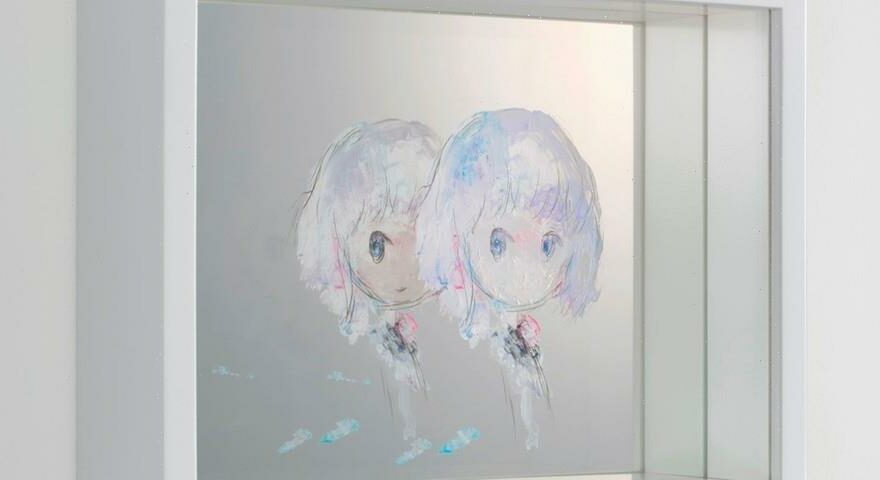 Makoto Taniguchi is a Japanese artist who creates intricate mirrored-box paintings that contemplate human perception. For his latest solo exhibition, Where is your ♡? at NANZUKA UNDERGROUND, Taniguchi presents 10 new large-scale works that invite endless observation.

The exhibition begins by asking the following questions: “How do we perceive human existence? What gives rise to phenomena such as empathy and emotional involvement? Are they triggered through morphological elements such as form and appearance? Or are they tied to spirituality (the mind)? Or perhaps it is both? Why are there differences and discrepancies in the systems by which people perceive?”

Each mirrored painting operates on multiple levels — at once depicting a girl in Taniguchi’s anime aesthetic — while reflecting that image, along with the that of the surrounding environment, in an endless back and forth. In subtle ways, the Japanese artist seeks to comment on the state of communication in the digital age — slowing our cognition in its track and asking us where the heart and the mind truly is?

The exhibition is on view in Tokyo until September 4.