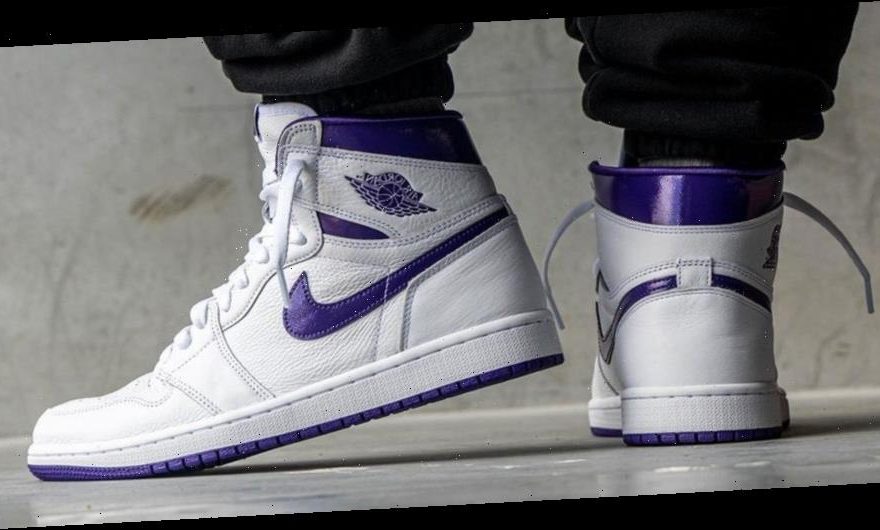 Also dubbed the “Court Purple,” this Air Jordan 1 features an upper constructed of premium white tumbled leather. Its “Metallic Purple” moniker is earned with high-gloss purple patent leather on the collar and Swooshes. More purple details also appear on the lateral collar flap’s ball-and-wings logo, the tongue’s Jumpman tag, the collar lining and the outsole. Unlike its ‘09 predecessor, this makeup of the “Metallic Purple” is bereft of heel Jumpman branding — making for a true-to-the-original style.

Look for the Air Jordan 1 “Metallic Purple” to release on June 3 for $170 USD, pending official confirmation from Nike.

Elsewhere in the world of footwear, check out Swarovski and Nike’s shimmering Air Max 97 “Polar Blue,” a crystal-coated runner that’ll set you back a cool $400 USD.
Source: Read Full Article