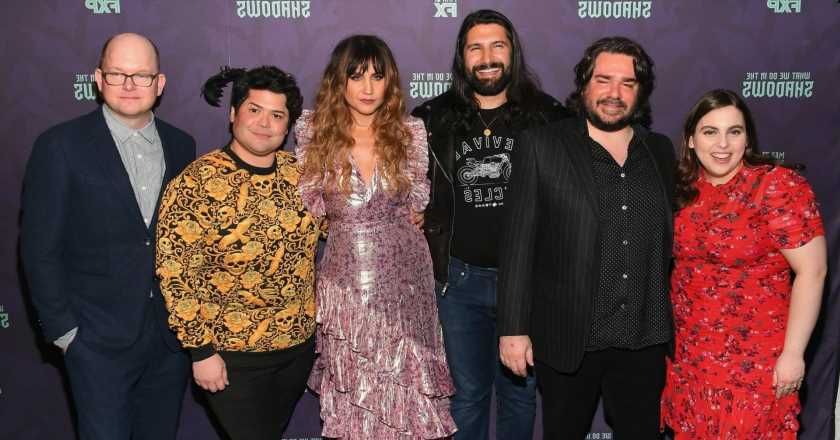 We know, we know: there’s a lot of brilliant TV shows to keep up with at the moment. That being said, though, everyone should have binged their way through the first two seasons of What We Do In The Shadows by this point.

Easily one of this writer’s favourite series to date, the vampire mockumentary (which airs in the UK via the BBC) has picked up a bevy of awards and nominations to date, not to mention earned itself an incredible 96% ‘fresh’ rating on Rotten Tomatoes.

And it’s no wonder, to be honest; the actors are brilliant, the jokes are laugh-out-loud funny, and the visual effects are… well, they’re pretty damn good, actually. Maybe even Hollywood-level good.

For those who haven’t watched a single episode yet (and who are you, really?), the plot of the show is simple; four vampires – that’s Nandor (Kayvan Novak), Nadja (Natasia Demetriou), Laszlo (Matt Berry) and Colin (Mark Proksch) – sharing an apartment together in Staten Island are doing their utmost best to keep up with the demands of everyday life.

This means that, yeah, they’re regularly confronted by thoroughly modern situations; internet trolls, for example, and ‘curse-laden’ chain emails. The application process for American citizenship, and local elections, and haunted dolls. Office politics. The need, above all else, to feed off the blood of the living without drawing the attention of the NYPD. You know, that sort of thing.

Thankfully, the quartet has a human familiar on hand to help with all of the above (and more; he is regularly tasked with scrubbing blood from the gothic drapery and taking the rubbish out) in Harvey Guillén’s Guillermo. But, while he remains unwaveringly loyal to his vampiric overlords, Guillermo has been hiding a pretty big secret; he’s a vampire-killing descendant of Van Helsing.

The 35 best Netflix Original TV series ever, from Lupin to The Queen’s Gambit

The second season finale, of course, ended on a cliffhanger when the vampires were confronted with the truth about their scene-stealing servant, leaving loyal viewers desperate to know what would happen next.

Now, finally, we have a release date for the next instalment in the series; What We Do In The Shadows is set to return to FX on 2 September, well over a year since the ending of season two, with the first two episodes airing back-to-back.

Anyone else suddenly in the mood to sprinkle glitter on their face and body, like Twilight? No? Just us and Nandor, then.

Watch the teaser for What We Do In The Shadows season three below:

Thankfully, it seems VR is the closest that ‘Nandor the Relentless’ is going to get to terrorising humanity in daylight hours. And, if you look closely, Guillermo is visible in the background, too – which suggests that things have gone back to normal after the events at the Nouveau Théatre des Vampires.

Or, y’know, as normal as they can ever be, considering the undead circumstances.

Annoyingly, we don’t yet have an official release date for UK fans but it’s usually the case that new episodes of the series don’t tend to cross the pond until two months after the US premiere.

With that in mind, we predict that season three will land in the UK in November 2021.

The first two seasons of What We Do In The Shadows are available to stream on BBC iPlayer now.