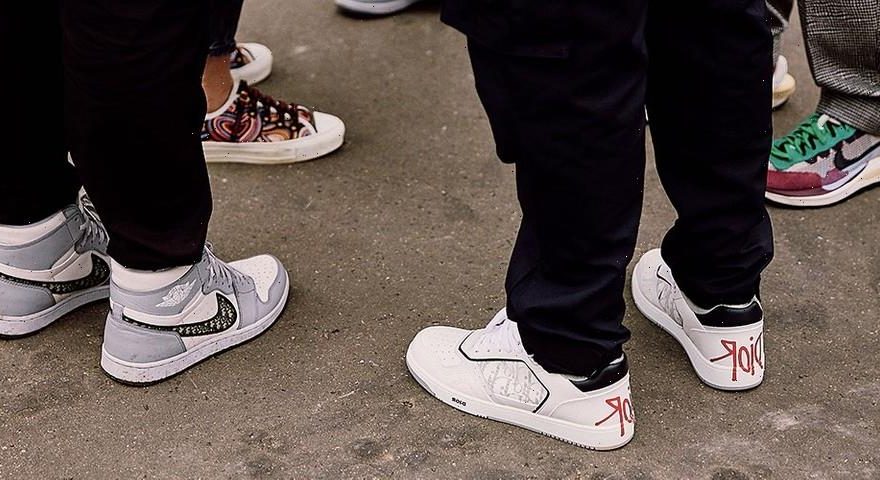 With Dior being one of the most highly-anticipated shows of the shortened Spring/Summer 2022 Paris Fashion Week, the brand did not disappoint when it comes to bringing in the best street styles of the season. Dior attendees showed up and showed out in their best fits for the latest Kim Jones and Travis Scott Dior collaboration show.

Denizens of France’s capital have welcomed tastefully paired monogrammed detailing with strong monochromatic suiting notes to celebrate the new seasonal street-influenced leisurewear. The Dior saddle bag was in full force, paying homage to the luxury brand’s quintessential accessory piece. Showgoers wore some of the most-coveted sneakers such as the Dior x Air Jordan 1 High OG collab and the Dior B23 High-Top Sneakers that took the world of fashion by storm.

Guests showcased their best-layered ensembles that see a Dior x Kenny Scharf tunic paired with oversized collared bomber jackets as well as comfort-focused silhouettes highlighted by Air Dior sweaters and casual blazers. Of course, Paris Fashion Week would not be complete without a few celebrity sightings. Those who stayed till the end were able to catch a glimpse of Bella Hadid making her way out of the show and Travis Scott rushing into the crowd after a standing-ovation show that saw his debut collaboration collection with Kim Jones for Dior Menswear.