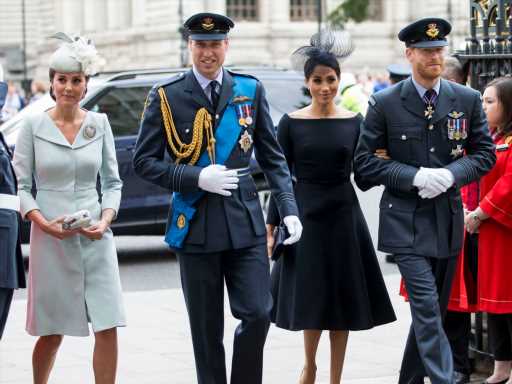 When the Times published earlier this week accounts from Palace staff who claimed Meghan Markle, Duchess of Sussex had bullied them, it was swiftly written off (in part by Meghan herself) as a “smear campaign” orchestrated by Buckingham Palace in hopes of discrediting her before Sunday’s explosive interview with Oprah Winfrey. But royal expert Omid Scobie, who co-authored Prince Harry and Meghan bio Finding Freedom with Carolyn Durand, tells SheKnows exclusively that the time to which these staff members refer was indeed a tense one, if not necessarily for the reasons they describe. During Meghan’s brief time as a senior royal, the tabloids were plagued day in and day out with details of her private life, and it seemed increasingly clear that someone at the Palace was responsible for communicating with the press. Per Scobie’s source, that sparked tension not just between the Sussexes and Palace staff, who might have been responsible, but between the royal couple and the Cambridges, Prince William and Kate Middleton. 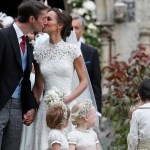 “We have to remember that one of the biggest problems that the couple had within the institution was this constant briefing of their private lives and intimate details to the British tabloids, often grossly exaggerated or even incorrect or even just to make the couple look bad,” Scobie reminds SheKnows. “And so the environment that they were in at that time of these reports that are now coming out was one that was extremely toxic and unpleasant for everyone, I think, on both sides.”

“I spoke with someone who had been there during that time, and that was exactly how they described it from all corners,” he continues. “And I include the Cambridges and Prince Harry. It was an unpleasant place to be.”

This smacks of a rumor we hadn’t heard since 2019, when the Times suggested that William was working with senior media officials and supported their coverage of the Sussexes. But that is, after all, the same Times that published this week’s inflammatory reports, and we do find it hard to believe that William, the son of Princess Diana, would be working with any kind of tabloid.

What does make sense, however, is Scobie’s discovery that tensions were running high all around when Meghan’s face dominated the news, with no one knowing who they could trust and Harry and Meghan breaking early in their reaction to these stories from the royal family’s “never complain, never explain” motto. The tension between Harry and William may have been because the Cambridges weren’t taking invasions of Meghan’s privacy seriously — not because William himself was a suspect in the leaks. But for those of you keeping tabs on their on-again, off-again feud, it seems clear we can mark this as a low moment for the brothers.

Click here to see the 100 best photos of the royal family from the past 20 years.