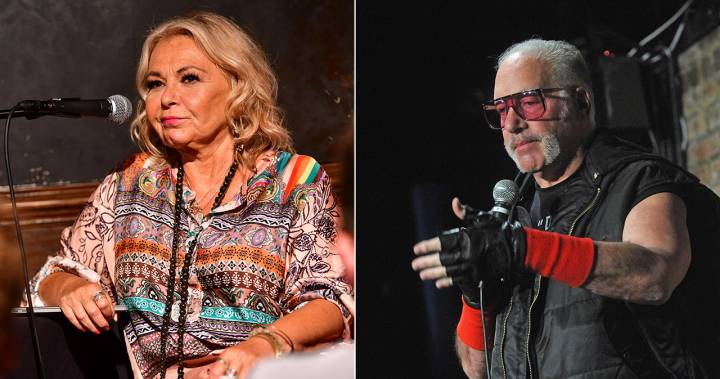 The Mr. And Mrs. America Tour is “inspired by the national obsession with political discourse and, occasionally, the alleged policing of comedians’ language,” according to Fox News.

When asked about Barr, Clay defended the former Roseanne star.

“She’s a comic because she’s wacky. I’ve known her since we were kids,” Clay told Fox News. “When people ask about what she said, I say, ‘She’s a comic!’ We gotta stop policing comedians. This is America!”

In May 2018, Barr was fired from the Roseanne reboot following a tweet about Valerie Jarrett, senior adviser to former U.S. president Barack Obama. The comment has since been deleted. (It can be seen in a screen grab below.)

Barr and Clay performed together in March at the Laugh Factory in Las Vegas.

The Mr. And Mrs. America Tour kicks off in New York on Sept. 19 and tickets for the show go on sale next week.