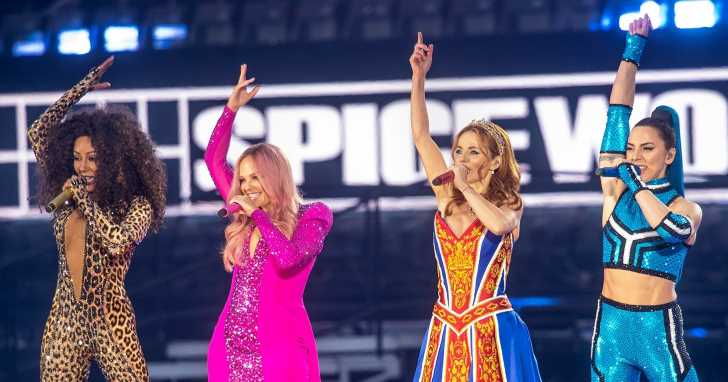 Viva Forever! After selling out concert dates on their latest reunion tour, the Spice Girls are eager to add more dates to their concert lineup and to play to audiences in the United States, a source exclusively tells Us Weekly.

“The Spice Girls have discussed extending their tour and doing other countries,” the source says. “They are all into the idea, but nothing is officially set in stone just yet.” 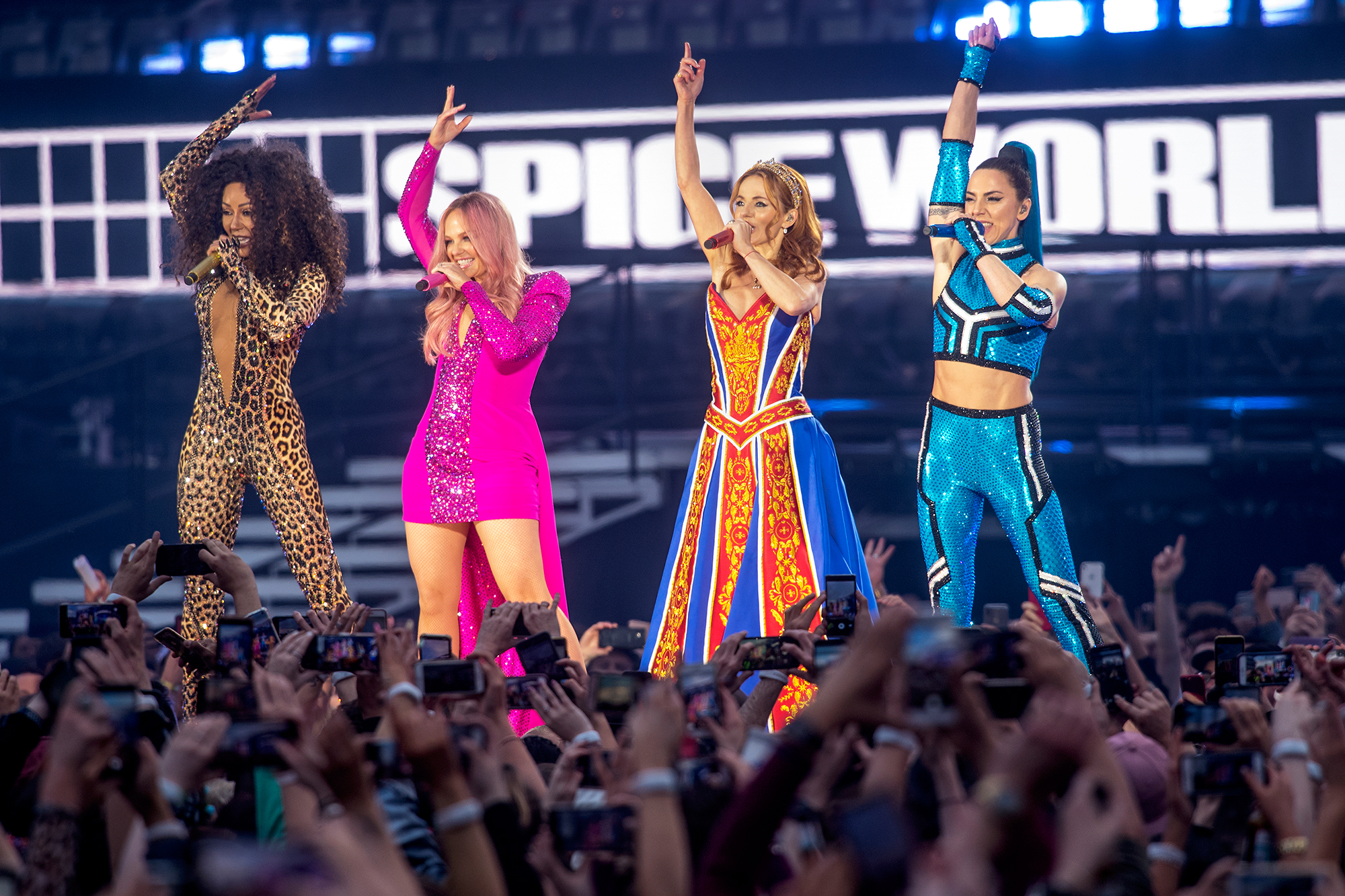 Starting in May and ending earlier this month, four of the girl group’s original members — Mel B (Scary Spice), Emma Bunton (Baby Spice), Geri Halliwell (Ginger Spice) and Mel C (Sporty Spice) — played 13 tour dates across the U.K. and Ireland, marking their first performances together since the 2012 Summer Olympics.

“So much money was put into the stage and production elements for the 13 U.K. dates, and the girls all had a blast being back on stage together, so it only makes sense that they keep the momentum going,” the source adds. “It’s just a matter of actually making it happen.”

The lone holdout from the reunion was Victoria Beckham (Posh Spice), who is focusing on her fashion career these days. The 45-year-old ended up not attending any of the concerts, much to the surprise of Mel B.

“I expected [Beckham] to come and just say hi at least,” the former America’s Got Talent judge, 44, said on Good Morning Britain on Tuesday, June 18. “Not even on stage, just as an audience member supporting. I don’t know [why] she hasn’t. I’m sure she has her reasons for not.”

She continued: “I was upset. I still am a little bit. But it is what it is. And us girls, we all support each other no matter what. But yeah, it is disappointing.”

In November 2018, when the reunion tour was announced, a press release stated that Beckham “will always be one of the Spice Girls and remains aligned with Emma, Mel B, Melanie C and Geri in preserving their unique legacy.”

With reporting by Nicholas Hautman