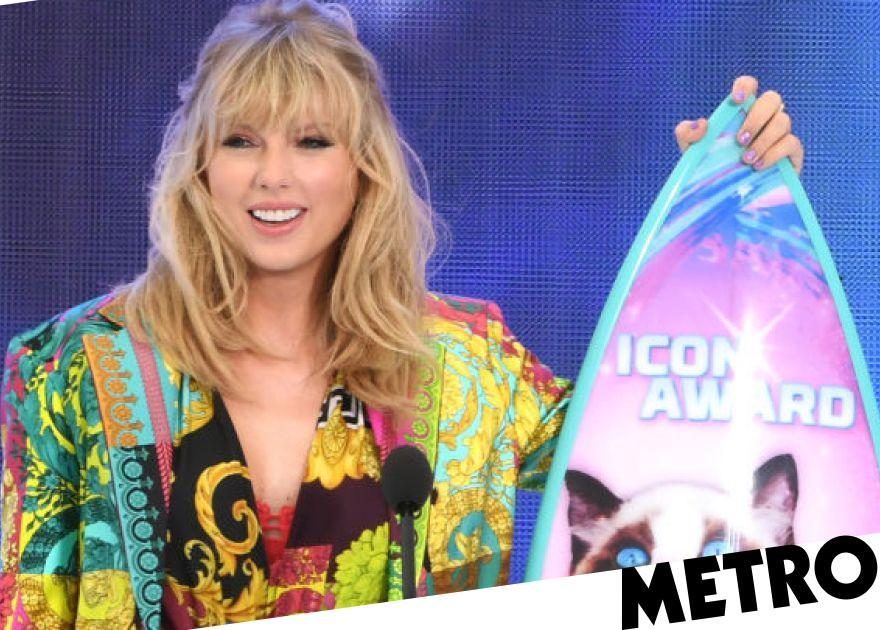 Taylor Swift made history at the 2019 Teen Choice Awards by landing its first ever Icon Award and, of course, she gave a fitting speech to mark the moment.

The Icon Award was a new addition to the annual awards this year and Taylor was given the honour of being its first ever recipient.

Being labelled an icon is a pretty huge deal, so Taylor made sure to honour the moment by hoping to inspire every teen out there, after collecting her surfboard that was fittingly covered in her cats.

She was presented the prize by US women’s footballer Alex Morgan, a close pal of hers and someone she thinks is a ‘hero and icon’ herself for standing up for gender equality and the gender pay gap.

Rolling with a theme of standing up for yourself, Taylor then addressed her teenage self and urged all other teens out there not to be so hard on themselves when they make a mistake.

She said in her speech: ‘I think one thing I wish I would have known when I was a teen is mistakes are inevitable.

‘Sometimes you think if you try hard enough to make every decision perfectly, you think you can possibly ace life and never make mistakes. But it’s normal to make mistakes.

‘If you’re out there and you’re being really hard on yourself right now for something that’s happened, or messing up or feeling embarrassed, it’s normal. That’s what going to happen to you in life,’ Taylor said.

‘No one gets through unscathed. We’re all going to have a few scratches on us… Please be kind to yourselves and stand up for yourself, please.’

Taylor, who absolutely killed it on the Teen Choice Awards red carpet, had been nominated for a whopping seven awards this year.

While she didn’t scoop up any other gongs, she decided to bestow a prize on us all, as she announced her new single Lover will drop next Friday (16 August).

It’s the third single, following her hits ME! and You Need To Calm Down, and is the title track of her new album Lover.