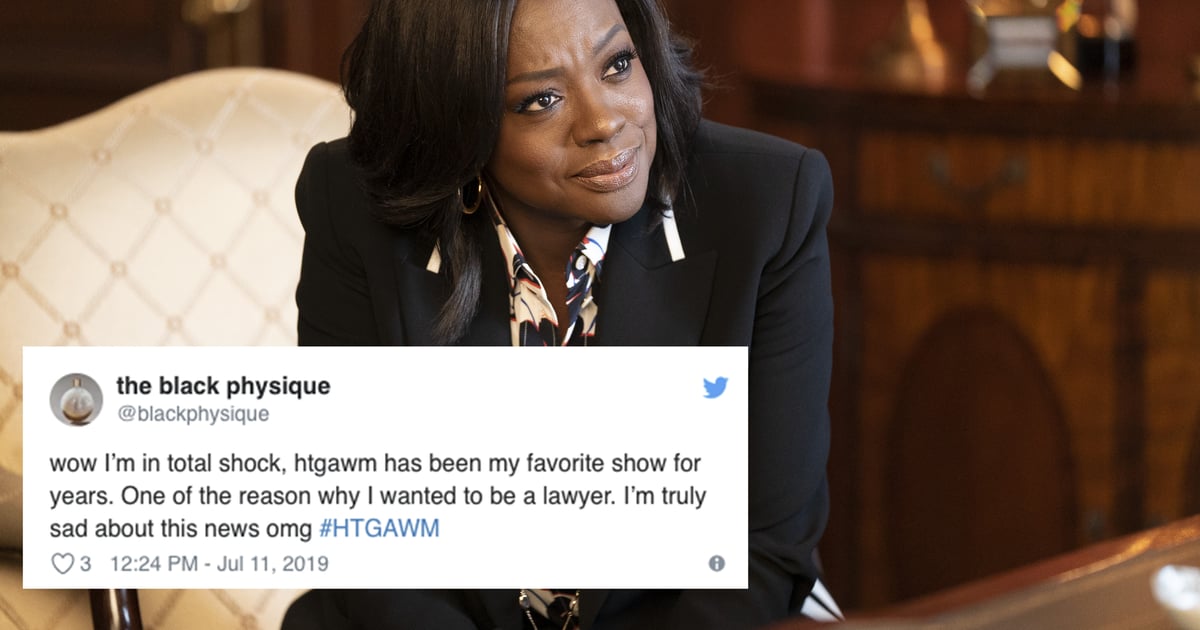 Murder 101 is about to be formally dismissed. After being renewed for its sixth season, ABC has announced that the upcoming season of How to Get Away With Murder will be its last.

The final season of the Emmy-winning drama will premiere on Thursday, Sept. 26, following the debut of Grey’s Anatomy‘s 16th season, and will focus on the infamous Keating Five during their final semester at law school (though how on Earth are they still enrolled considering their shenanigans?). Picking up after season five concluded with Laurel (Karla Souza) and her son going missing, the official synopsis promises that “the deception, fear, and guilt binding Professor Keating to her students will prove deadlier than ever,” which is terrifying when you take into account how deadly the previous five seasons have been.

“Viola Davis made television history with her unforgettable portrayal of iconic female antihero Annalise Keating,” said ABC Entertainment president Karey Burke in a statement. “I am eternally grateful to her, Pete Nowalk, and Shondaland for creating and bringing to life such a smart, sophisticated, and groundbreaking series that has long been an integral part of Thursday nights on ABC.”

The final season is already off to an exciting start with ABC releasing a sneak peek that calls the final episode “The Beginning of the End.” The FBI is involved, and they seemingly know all of the Keating Five’s dirty secrets — which include Asher running over Emily Sinclair and Bonnie killing Rebecca. The news and the sneak peek have left HTGAWM fans shaken to their core and they’ve taken to social media to share their feelings. Check out their reactions ahead, as well as some sweet notes from the cast and crew, including Shonda Rhimes and Viola Davis.