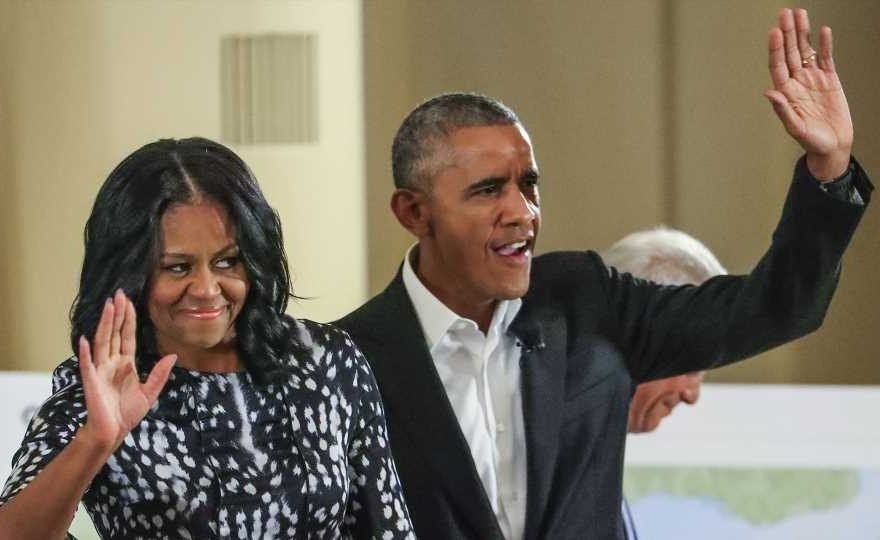 The Obamas are ready for their next venture: filmmaking. But before the famous family could start, we hear that Barack and Michelle Obama almost did a movie with Will Smith, but lost out on the chance to do so at the last minute. Needless to say, we’re devastated on what that collaboration could’ve been.

According to The Hollywood Reporter, the Obamas asked Smith to produce his upcoming biopic on Richard Williams — the father of Venus and Serena Williams — with the First Family’s production company, Higher Ground. In the end, THR reported that Smith turned down the offer, but his loss seems to be Denzel Washington’s gain. Per THR, Washington decided to collaborate with the Obamas on a different: an upcoming adaptation of August Wilson’s 1982 play, Ma Rainey’s Black Bottom for Netflix, which the former POTUS and FLOTUS will serve as producers for.

Proud to rep America’s best team! Congrats @USWNT and thanks for being such a strong inspiration for women and girls—and everybody—all across the country.

The former President and First Lady have certainly been hanging out with some serious heavy-hitters. (They most recently went on a double date with George and Amal Clooney). Their Netflix deal is big news for a couple, who are transitioning from Capital Hill to Hollywood. According to those working with Obama at Netflix, the former POTUS is a joy to work with and has a lot of fun chatting with staff members.

But if you’re too bummed about this Smith-Obama news, have no fear. Though nothing is in the works now, and Smith has talked about wanting to star as the former president in a biopic. No one’s green-lit it yet, but there’s still time, right?