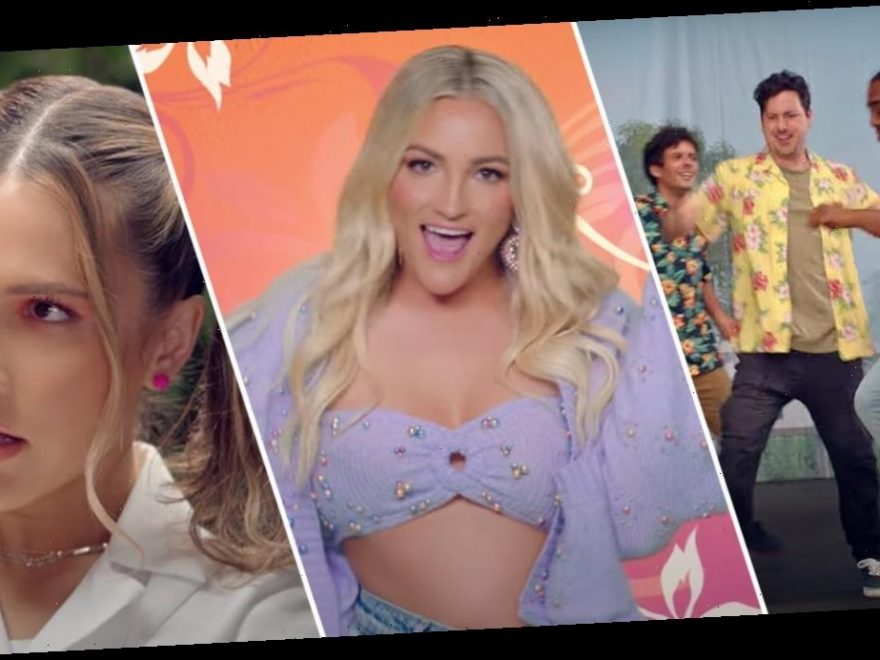 It’s time to head back to Pacific Coast Academy — well, 15 miles east of it — as Jamie Lynn Spears just dropped the music video for her new rendition of the Zoey 101 theme song, “Follow Me.” It’s been 12 years since the show went off the air, but Spears’s music video was a mini-reunion for the cast, bringing together Spears, Sean Flynn (Chase), Erin Sanders (Quinn), Matthew Underwood (Logan), and Christopher Massey (Michael). We loved seeing them all together again, even if they were really just being themselves.

Framed as if they were searching for the cast of a reboot, the music video also featured appearances from Chantel Jeffries, JoJo Siwa, Dixie D’Amelio, Loren Gray, Noah Beck, Eva Gutowski, Gigi Gorgeous, Sofia Reyes, and Harry Jowsey. It was certainly interesting seeing the “potential” cast members re-enacting some classic moments from the show, but in the end, we just want to go back and watch the original. You can see the jam-packed music video above for yourself, and determine whether or not you think Dixie and Noah would make a good Quinn and Logan.