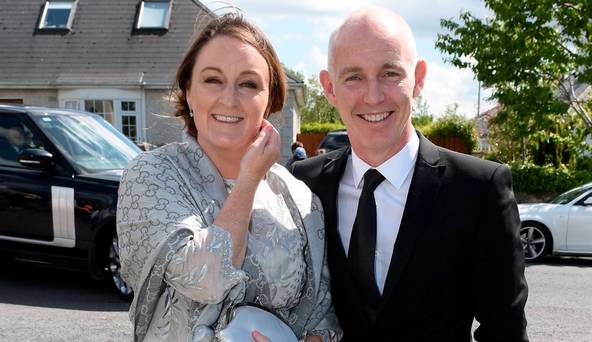 Ray D’arcy has opened up about the difficulties that came with working alongside his wife Jenny Kelly.

The RTÉ broadcaster and his wife went through “tough” times when she worked as the producer on his self-titled Today FM show.

“I don’t believe anybody who tells me they haven’t fought, and we’ve had texts and emails from people over the years that have said ‘I’ve never had one cross word with my husband’ and I think ‘yeah right, well there’s something up there’,” he told Jarlath Regan on podcast An Irishman Abroad.

“It was tough for us but it must have been difficult for the people around us. I’m sure their version of events is the more interesting one than mine,”he added.

The 54-year-old returned to RTÉ in 2014 to take up both a television and radio presenter role after leaving the national broadcaster in 2000, having spent 13 years presenting mainly children’s TV programmes.

He said he felt a sense of freedom at Today FM.

“Things have changed since I went to RTE in that you were freer in Today FM and the reason for that is that it’s an independent commercial station.  I could get on and if someone sent a text that I found offensive I could say ‘I prefer if you didn’t listen’. I could actually say that, and I often did.

“If someone is talking BS on the other end of the phone, you could hang up on them,” he said.

The broadcaster also admitted that he still gets nervous before JNLR (Joint National Listenership Research) survey results are announced.

He compared it to getting the “Leaving Cert results every three months”.

He explained: “It’s just a survey, so people are cold called and asked if you would like to do a survey and their asked what did you listen to yesterday?’ that’s how it’s done.

“It used to be twice a year, now it’s four times a year they release the figures.

“You lose sleep and you get that knot in your stomach the morning of,” he said.

Ray continued: “You gave to take the good with the bad, don’t get too excited when you have a good day and don’t get too down when you have a bad day, but if you have a number of bad days in a row, it doesn’t matter what you think – other people are going to take it into their hands and make decisions about your future. People describe it as leaving cert results every three months.”