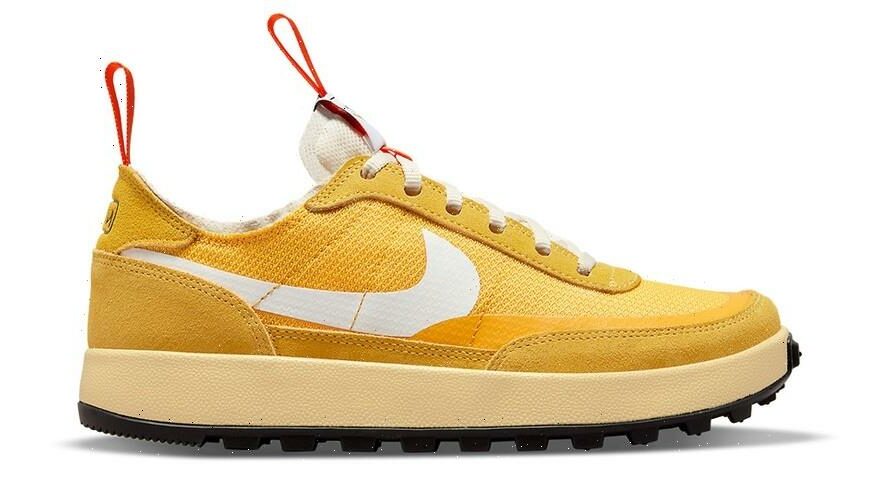 When Tom Sachs and

The General Purpose Shoe differs from the Mars Yard in other ways, too, including the different colorways that are due to follow the original “Studio” design. “With the Mars Yard, I had notebooks filled with different colorways – we even sampled some of them – and not a single one worked,” Sachs explains. “With the General Purpose Shoe I have a notebook with dozens of colorways and there are dozens of ways in which it works because it’s simple. I wanted something that would work as a foundation for different stories. I think that’s a testament to how simple it is. The simpler it is, the more opportunities you have to show it in different colors.”

Releasing the shoe in different color options also helps to extend Sachs’ commitment to a wider release. When announcing the first restock of the “Studio” colorway, Sachs described it as “designed to be a perennial,” adding that it will be restocked and released regularly. By giving more and more people the opportunity to own his shoes, Sachs is hoping to spread the values of his studio, which he often brings back to the phrase “it’s not what you do, it’s how you do it.” This line, a mission statement for NikeCraft and Sachs work more widely, has also appeared across the marketing for the General Purpose Shoe.

“I think NikeCraft is a state of mind, and there are growing numbers of people who want to participate in these values, more and more people who are focusing on doing things,” he says, pointing to the Wear Tester program that was launched in late 2020 and informed the design of the General Purpose Shoe. “We learned about how much people love to make and experience things, and the shoe is just there to support you in your activity of pursuing your life. These shoes represent those values. I don’t think you need to wear these shoes to embody those values, but they’re a symbol of it.”

For Sachs, the General Purpose Shoe is a chance to continue the mission that began 13 years ago. While the Mars Yard made his footwear designs instantly desirable, with this release he wants to make them democratic. The shoe’s materials, prices, and sizing have all been considered with this in mind, and Sachs is keen for it to be a shoe that anyone can wear to make and experience things, whatever they might be. As he always says, “it’s not what you do, it’s how you do it.”
Source: Read Full Article