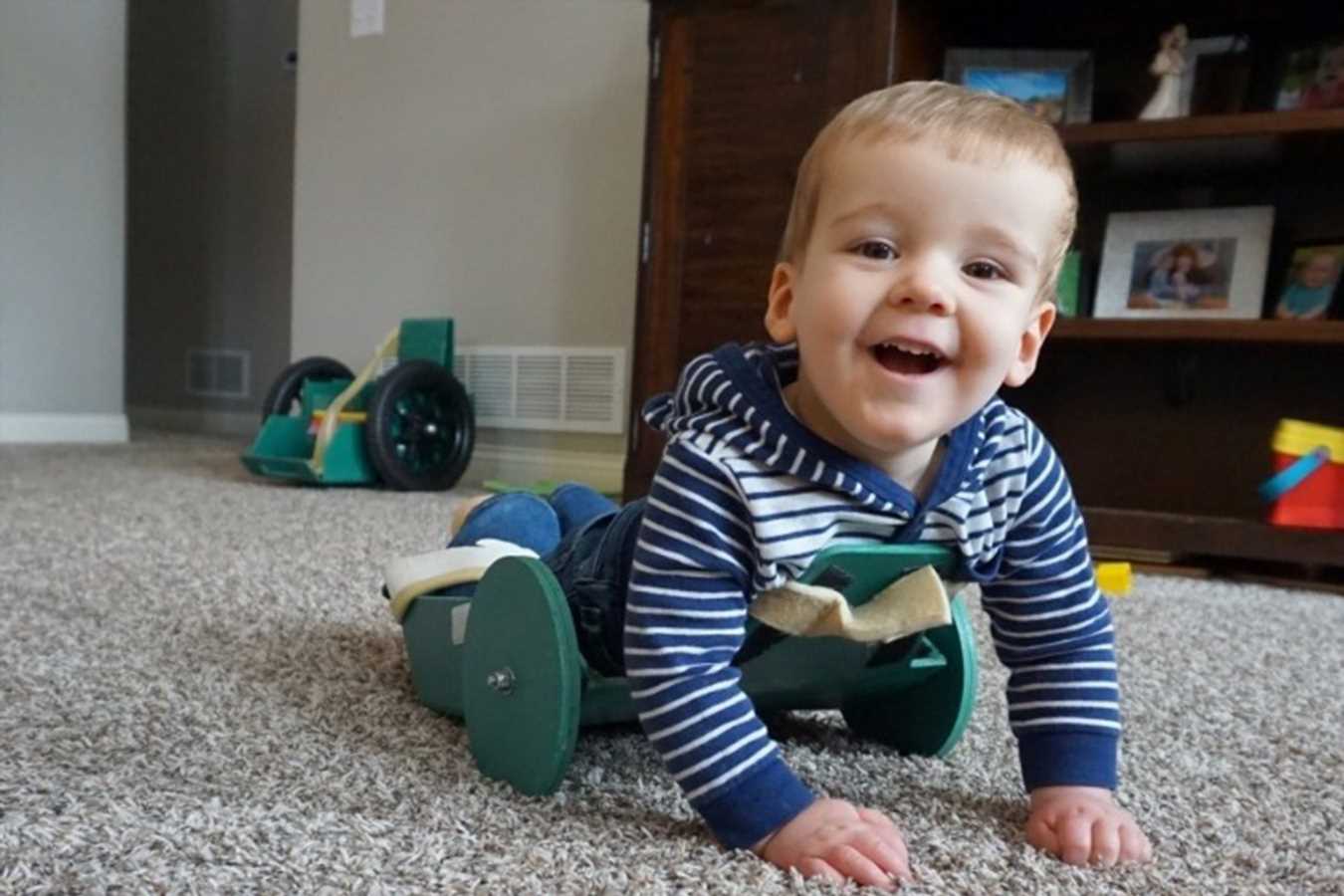 A 2-year-old boy with Spina bifida isn’t able to move his body below his chest, but now he finally has a way to get around — and it’s all because of his determined father.

Brody Moreland spent 16 days in the NICU after he was born and had to go through two surgeries within the first week of his life, according to Good Morning America.

He was then diagnosed with spinal cord atrophy, “which essentially means he’s paralyzed from the chest down,” his dad, Taylor Moreland, told the news outlet.

His mom, Ally Moreland, said they “were devastated” in the beginning.

“There was a lot of guilt and questions and worry; ‘What did I do wrong? Why did this happen to my child?'” she told GMA.

But Brody’s parents decided to turn that anguish into determination. It was last year when they noticed Brody kept getting his hands stuck underneath a scooter board that helped him move.

“I started thinking, ‘Truly I can make something better,'” Taylor told GMA. “Just seeing him try to move, that sparked it. Then it was [a] relentless drive to get him crawling.”

Taylor’s bright idea came to life in September 2018, when he created the Frog, a $300 device on wheels that allows a child who is at least 6-months-old to use their arms to move.

“Because of how easily the Frog moves, it motivates children who otherwise have a hard time moving, to propel forward or backward,” reads a description on the Frog’s website. “The Frog is very lightweight and works well on carpet, tile, wood, and in tight spaces.”

GMA reports that around 20 children are using the device and there’s a list of families wanting one. A GoFundMe page, created to get the device in more homes, has so far raised more than $25,000 of the $50,000 goal.

“One, a little 12-month-old boy with Down syndrome. It helped him to figure out how to use his arms for crawling,” Ally told GMA. “The other child has a big feeding tube in her belly and was not comfortable lying on her tummy. Using padding she is able to use the Frog without pain and move around successfully. The third is a child with very little muscle strength.”

The outlet reports that Taylor builds the device from foam core plastic and works on the ambitious project at night from the family’s home.

“Most of the kids who have them now have found out through our network of physical therapists or our GoFundMe page,” said Taylor. “I never thought this would be something that would help another kid.”