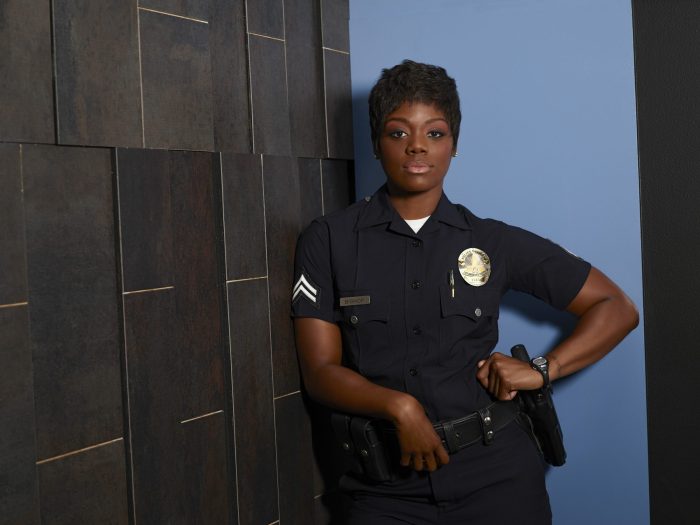 Speaking at the network’s Television Critics Association summer press tour, Burke said that she is “waiting for the result of the investigation” and as of yet “doesn’t have many answers” as to what occurred and what the results of that investigation will be.

“I don’t have a lot of answers,” Burke began. “I learned alongside my colleagues at the end of June that there were allegations and that an investigation had been launched by eOne and I’m waiting for the results of that investigation.”

Burke was later asked whether she and the network can trust the investigation given that it is being carried out by another company, and what the repercussions will be when the results of the investigation are revealed. The ABC president said that “it would be irresponsible” of her to “conjecture” as to what action will be taken if Williamson’s allegations are found to be true.

“I can trust the investigation because its being done by an independent hired party. I’m hopeful that those results will be independent and trustworthy,” Burke said. “At that time, those answers and those conclusions will help guide us about how to handle those situations in the future, if in fact there has been some sort of communication breakdown. I don’t have any more answers than that right now.”

Williamson brought the allegations to light in an Instagram post published early Sunday morning. In the post, Williamson outlined claims of bullying and harassment against the show’s hair department, an unnamed series guest star, and executive producers.

“Throughout the filming of the pilot, I experienced Racial Discrimination/Racially Charged inappropriate comments from the hair department and bullying from Executive Producers,” Williamson wrote. “During the Season, it continued along with Sexual Harassment from a recurring guest star and the racist commentary & bullying from the Hair Dept. Head escalated into Sexual Assault at our Wrap party.”

ABC and eOne, which co-produce “The Rookie,” both released statements last night saying that they had “initiated an independent investigation” into the matter.

“The allegations involve a production from Entertainment One. In late June, eOne made us aware and informed us that they launched an investigation that is ongoing,” a spokesperson for ABC said in a statement. “The safety of working environments is a top priority for us, and we take this matter very seriously.”

Williamson, who exited the show because of her alleged treatment, also stated that she repeatedly reported the incidents to series creator and showrunner Alexi Hawley, but Hawley never went to HR with any of her claims. She also stated that the head of the hair department was only fired after she reported the sexual assault “and NOT [sic] for an entire year of outward racism/racially charged language and bullying behavior in and out of the Hair and Makeup trailer.”

Reps for Hawley and series lead Nathan Fillion did not immediately respond to Variety’s request for comment.

Britney Spears posts rare pic with sons Sean, 15, and Jayden, 14, after claims the kids have ‘very few visits’ with her

Anthony Gallery Celebrates Black Culture in "SOMETHING ABOUT US" Exhibition
Lifestyle