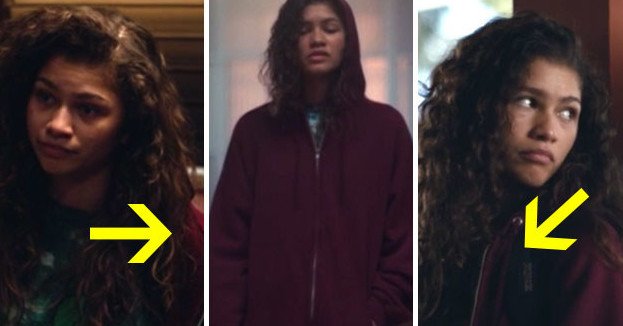 The season finale of HBO’s Euphoria was last night and to say people had A LOT of feelings about it would be an understatement.

But what Jules (and, let’s be real, all of us) didn’t realize is that said hoodie actually had a lot of personal meaning to Rue.

In a particularly heartbreaking montage later in the episode, we see Rue inherit the hoodie after her dad’s death.

Rue coddles it, smells it, and finally takes it on as her own/her loving memory of him.

Suffice to say, fans were like real not OK with this revelation:

Annnnnnd, just to mess with our emotions a little more, Zendaya tweeted a pic of herself wearing the same hoodie and captioned it with this message, “Wore Rue’s hoody today, haven’t worn or washed it since we wrapped. Safe to say I’m deep in my feels LOL.”

DITTO ON THE DEEP IN MY FEELS, ZENDAYA.