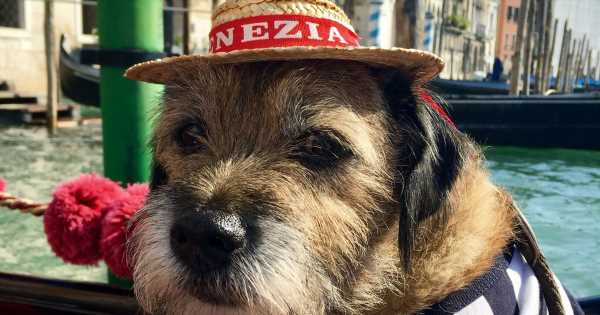 Border terrier Pete has a traveller’s tail many can only dream of – he has spent two years trotting round Europe.

The 10-year-old has fetched up in seven countries, cruising Venice on a gondola and being snapped at the Eiffel Tower.

Owners Jo Partington, 54, and Natasha Cooper gave up their social care jobs to spend time with Pete in his senior years.

Natasha, 48, of Hove, East Sussex, said: “We had a friend who was poorly… life’s too short.

“We thought, ‘Pete’s getting on, we want to give him the best adventures, and be with him.”

After France, Italy, Monaco, Portugal, Spain, Ireland and Wales, he’s off to New York next – to play ball in Central Bark…