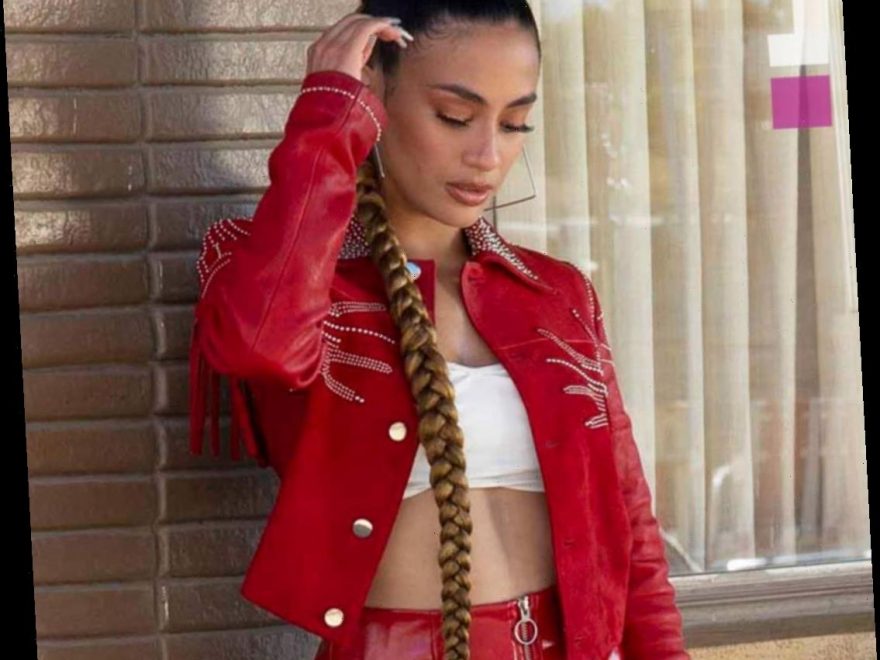 Ally Brooke of Fifth Harmony talks about telling her dates she is a virgin at 27.

Fifth Harmony's Ally Brooke opened up about being a virgin at 27 and the way it has affected her dating life.

In a new interview with Hollywood Raw's Dax Holt and Adam Glyn, Ally—who will release her inspirational memoir Finding Harmony on Oct. 13, 2020—revealed that she does not plan to have sex before marriage.

"I put that in my book, and I opened up about that. I was brave to share that," Ally said. "I was really happy to be able to share that with my fans and readers, and show them the choice that I made, and have them receive it however they want to receive it. Letting my true heart shine was the goal of this book."

When asked by the hosts how that affects her dating life, Ally admitted that there's risk when putting that information out there, but that thus far, "everybody has respected it, which is awesome."

"I have had those moments where people would make fun of me or question me, like 'Yeah right,' but I just have to hold that in my heart and know my truth and kind of just let that be that," she added. "It's awesome feeling that respect. I've never felt any pressure."

In addition to speaking out about saving sex for marriage, Ally got candid with Hollywood Raw about an inappropriate record executive during the early days with Fifth Harmony.

Khloe Kardashian Laughs Off “Shade” Over Her Latest Instagram Makeover

"This music executive was like come meet with me I can help you. Then when I went, he gave me a thong and said, ‘You'd look really good in this.' I was completely humiliated, shocked, and disgusted," the "No Good" singer explained. "I didn't feel like I had any power to do anything about it, because sadly at that time people heard about these things but really didn't do much. People weren't being held accountable for their actions. So I just felt so helpless and alone. Just a searing humiliation and even afraid. At the time what could I do? I was just a small girl in a group and all these people had the power."

Now that Ally has stepped into her own power, she's ready to share all these stories and much more in her new book. One thing she won't discuss is the fallout from Camila Cabello's 2016 exit from Fifth Harmony, which occurred two years before the group split.

"With my book, I don't get into that. I kind of wanted to focus on the positive, which is why I didn't say much," the singer told the hosts. "Obviously, it was a difficult transition in different ways, but at the same time, it was exciting to start fresh as the four. We were able to write and have a new A&R team, and do some incredible things."

As for whether Fifth Harmony could reunite for an award show or something else special down the road, Ally was hesitant—but did say "anything is possible."

"Honestly, the past few years have been crazy. We don't get to talk as much," she shared. "I think everyone is doing their own things and is so busy. Life's kind of pulled us all in different directions in a way. It's awesome to see everyone shine and thrive."