Anti-police protests that turned violent in downtown Atlanta on Saturday night impacted business and took money away from workers, according to some who work in the city.

Masked activists dressed in all black threw rocks and lit fireworks in front of a skyscraper that houses the Atlanta Police Foundation, shattering large glass windows. They then lit a police cruiser on fire, smashed more windows and vandalized walls with anti-police graffiti as stunned tourists scattered.

Caution tape was also wrapped around several buildings, including a Wells Fargo location that suffered several broken windows, photos at the scene showed.

Lillian Copeland, who was working at a nearby restaurant that was forced to close during the violent protest, told WSB-TV that the chaos interrupted what was supposed to be a busy night and hurt her wallet. 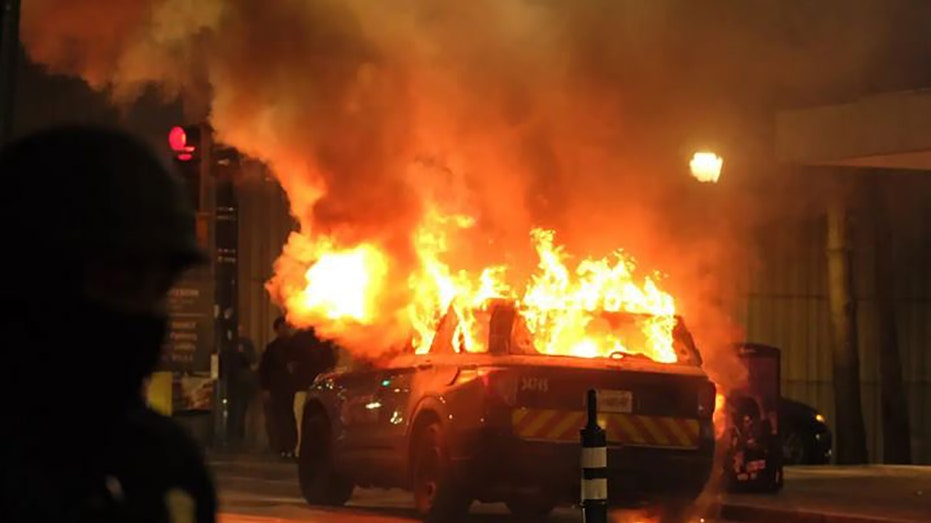 "They had a lot of reservations on the books and everything," she said. "So, I expected to make, you know, some money." 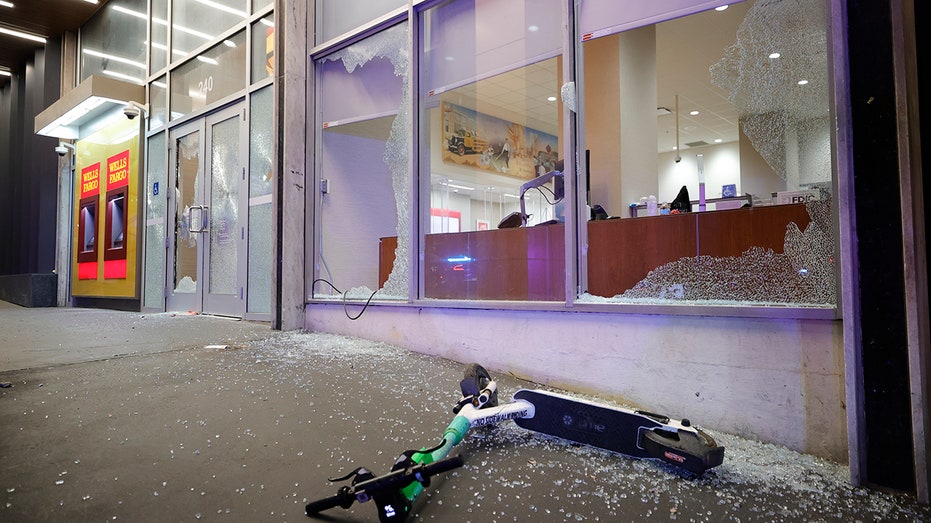 Broken windows at a Wells Fargo branch are seen following a violent protest, late Saturday, Jan. 21, 2023, in Atlanta, in the wake of the death of an environmental activist killed after authorities said the 26-year-old shot a state trooper. (AP Photo/Alex Slitz / AP Newsroom)

Sam McClendon, a worker at a downtown CVS, told the station that he was also impacted after the store was forced to close. 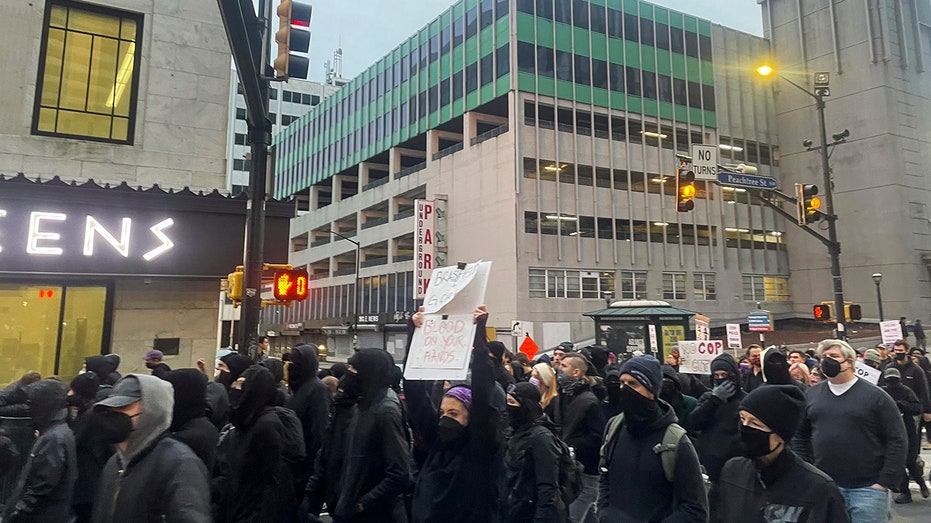 Demonstrators protest the death of an environmental activist, who went by Tortuguita, in Atlanta on Saturday. (AP Photo/R.J. Rico / AP Newsroom)

Teran was shot and killed by Georgia State Patrol after authorities said Teran shot and wounded a state trooper who was trying to clear protesters from the construction site of a new public safety training center dubbed by activists as "Cop City." 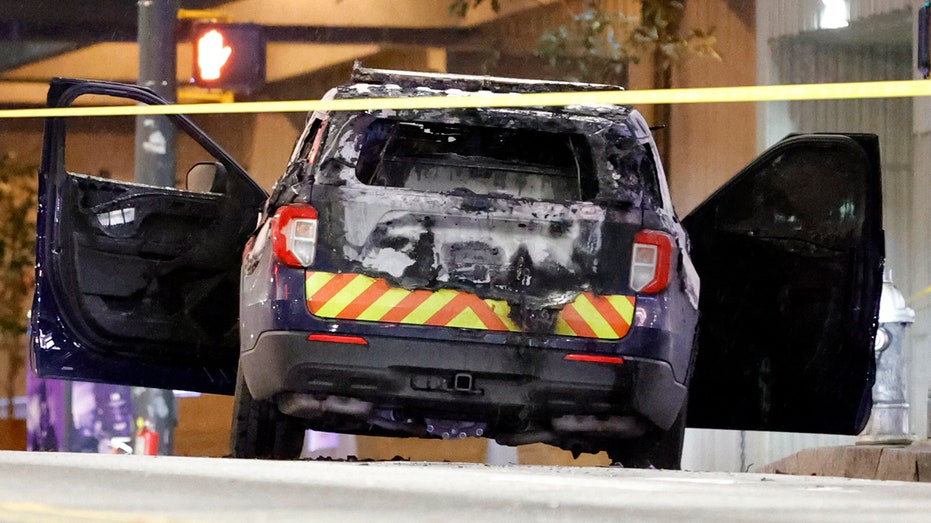 A burned police car sits on the street following a violent protest, Saturday, Jan. 21, 2023, in Atlanta, in the wake of the death of an environmental activist killed after authorities said the 26-year-old shot a state trooper. (AP Photo/Alex Slitz / AP Newsroom)

Atlanta police on Sunday identified the six suspects – all of whom but one came from out of state – involved in the outbreak of violence.

The six are each facing a slew of misdemeanor and felony charges, which include second-degree criminal damage, first-degree arson, interference with government property and domestic terrorism.

Fox News’ Danielle Wallace and the Associated Press contributed to this report.