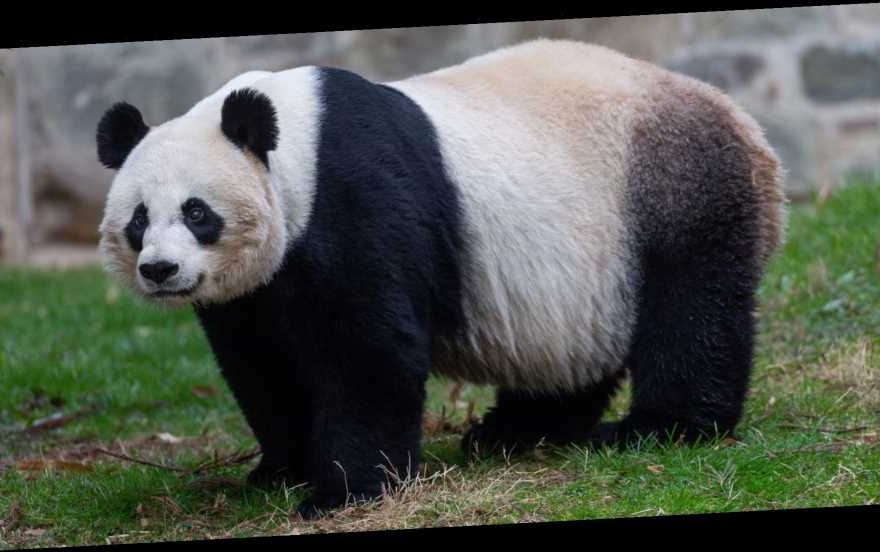 Just days after the Smithsonian's National Zoo first shared that one of their giant pandas might be about to give birth, the zoo provided a happy update on how Mei Xiang’s upcoming cub is doing.

"Keep your paws crossed! Today, Zoo veterinarians saw exciting movements during giant panda Mei Xiang’s ultrasound," the zoo wrote on Monday, alongside a short clip of all the adorable action.

"Her fetus was kicking + swimming in the amniotic fluid, and its spine + blood flow were visible. We hope to have a healthy cub in the coming days!" they added.

As for how the zoo is preparing to welcome the newborn, the animal care team has converted their office into a giant panda cub nursery.

"The team is ready to step in and help Mei Xiang, if need be," the zoo wrote on Twitter, explaining that the keepers are doing their best to "recreate" the type of dwelling a giant panda in the wild would give birth in.

"In China's Wolong Reserve, pandas make their dens in large hollow conifer trees, with a diameter of about 3 feet, or in caves with a little bedding of twigs," they wrote. "Zookeepers strive to recreate these surroundings for Mei Xiang. She always has access to her larger enclosures, though for the first few months of the cub's life she will spend the vast majority of her time in the den with the cub."

Veterinarians announced last week that they detected what looks like a fetus during the giant panda's ultrasound, noting that at the time it was "too early to determine" whether the fetal tissue would continue to develop.

The average panda pregnancy lasts 135 days, but panda pregnancies are tricky because the animals often go through pseudopregnancies, "where they do everything they would if they were pregnant," according to the zoo. Making the feat even more difficult, female pandas are only capable of conceiving a cub for 24 to 72 hours once a year.

Mei Xiang was artificially inseminated earlier this year in March using semen from the zoo's male giant panda, Tian Tian. She began exhibiting behaviors consistent with pregnancy back in June.

"In the middle of a pandemic, this is a joyful moment we can all get excited about," Don Neiffer, chief veterinarian at the Smithsonian’s National Zoo, said in a press release. "We are optimistic that very shortly she may give birth to a healthy cub or cubs."

Past breeding efforts have produced three surviving cubs — Tai Shan, in 2005, Bao Bao in 2013, and Bei Bei in 2015. All three pandas were sent to China upon turning 4 years old, as part of an agreement with the country to preserve the species.