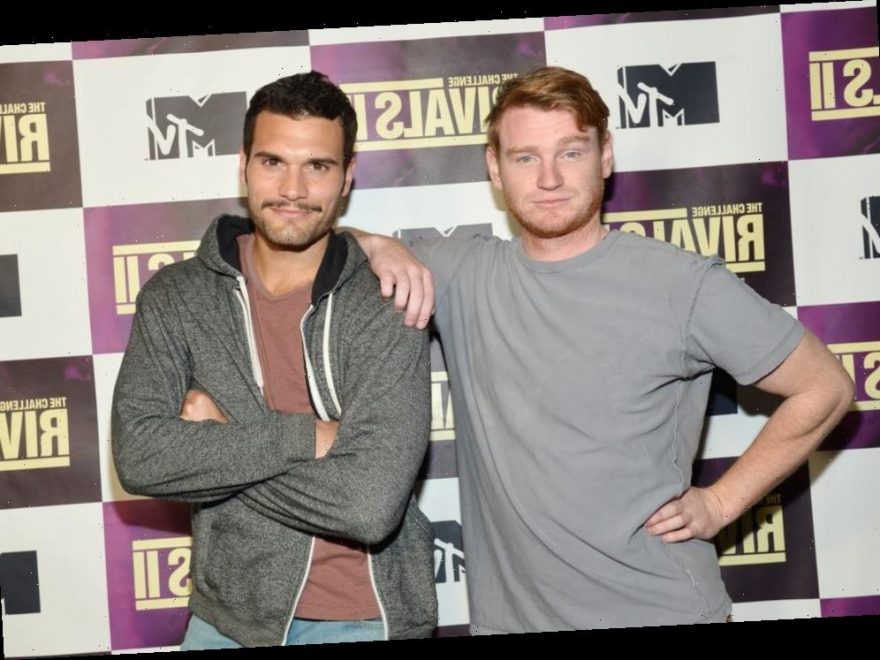 Fans of MTV’s The Challenge are very familiar with Wes Bergmann. Bergmann’s competed on the show for years, and it seems he’s not stopping, as he’s already prepping for season 36 of the show. But he did mention there are a few circumstances that would make him reconsider participating in the show at all. Here’s what he said.

Wes Bergmann couldn’t pull out a win on ‘The Challenge: Total Madness’

Spoiler alert ? ⁣ ⁣ This was a fantastic episode. But I lost. ⁣ ⁣ Why did I lose? I lost a little bit of focus. I could have been a little more methodical. I mis-read the structural integrity of an apparatus that I should be familiar with. Notice something? I'm not saying…it's production's fault; Bananas cheated; I got robbed; this isn't fair; woah is me! I lost fair and square. This loss rests firmly on my shoulders. ⁣ ⁣ I'd like to formally congratulate Bananas on his win, and a very deserved red skull. He's always been jealous of my red skull, and now has his own. ? ⁣ ⁣ It was a shit load of fun working with him this season. I hope that no one, especially him, interprets my move as anything other than both of us knowing it was time to go in. ⁣ ⁣ I'm proud of how I played this game. ⁣ -I only had a single vote cast in my direction the entire season, by a man who was promptly removed. ⁣ -I won more daily challenges than anyone else, and used that power to make moves that led to the demise of the people that stood the best shot at hurting me long-term.⁣ -I'm proud of myself for the courage it takes to volunteer to go into an elimination when technically, I had complete control to sit back, safely. ⁣ ⁣ I'm also incredibly proud of MTV for creating the greatest competition show on the planet; & I'm thankful to be a small part of that machine. But more importantly I'm proud of how they've handled these major societal hurdles that the world is battling. MTV is more than TV; they're a strong voice of my generation. They've pointed me in the right direction in the past several months about where to donate. They've vetted partnership organizations for me about who needed the most support, & could accomplish the most with the added promotion/funding. They've encouraged action immediately upon it becoming the right thing to do as opposed to after it became cool. They're the reason why I've been surrounded by the most diverse people on the planet, making it easier for me to be empathetic to all walks of life. They've turned my colleagues & I into a weapon of peace and change. These wars are not over. We're not at the finish line. But I see you. And I like what I see

Bergmann hoped The Challenge: Total Madness would be his time to shine. Ahead of competing, he decided to team up with his arch-nemesis, Johnny “Bananas” Devenanzio — and to everyone’s surprise, the two worked quite well together. Unfortunately, Bergmann felt the pressure of needing an elimination win. He threw himself against Devenanzio when he had the opportunity and lost, sending himself packing.

“Wes loves having attention, dude,” Devenanzio told the Challenge Mania podcast. “And the idea of me potentially going into an elimination and coming back with a red skull when he was just sitting there with his three wins which essentially, at this point, were meaningless, I don’t think he could handle that.”

Chris “Swaggy C” Williams, a fellow Total Madness competitor, also said he thinks production got the best of Bergmann. “I feel like that one decision is where he messed up and really let, not the fans, but like, production, everything in general, get in his head,” Williams told Challenge Mania.

Fans can’t imagine Bergmann throwing in the towel completely when it comes to The Challenge. But it seems there are a few circumstances that would cause the show veteran to walk away completely. And it all has to do with fame.

“Do I want the world to recognize The Challenge for as good of a show as it is? And then sometimes I’m like, well yeah, of course. … It is absolutely ridiculous that we don’t get the props that we deserve,” Bergmann told the Challenge Mania podcast. But he then noted that a lot would change for him personally if the show was as big as it “should be.”

“If we were as big as we should be, I would not be on the show,” Bergmann added. “And I mean that as in, I would opt-out. That would be a level of fame and popularity and notoriety and limelight that I don’t want. And I would step back.”

I’m a jacked, jack of all trades

It looks like Bergmann is still at a comfortable level of fame for now. He’s prepping for season 36 with plenty of workouts and special therapies to help his body recover at max speed. And we’re sure he’s working behind-the-scenes to get some season 36 contestants on his side prior to the season filming as well.

Ashley Mitchell was Bergmann’s friend, but it seems they won’t be working together after Total Madness. She also insinuated he’s “Sliding in dms, making pre alliances, and figuring out fake fights,” according to her Twitter. “Also want y’all to know the same old, old characters already up to their old tricks,” she tweeted.

Bergmann didn’t hesitate to call Mitchell out on his own Twitter, though. “Wes + Big Brother + alumni VS Ashley,” Bergmann tweeted in response. “All cameos purchased this week will buy more cricket wireless minutes I’ll be using to exclusively call rookies and scheme with OGs. Also Instagram is charging me extra for all the DMs I’m sending.”

We’re excited to see what Bergmann gets up to in future seasons of The Challenge.