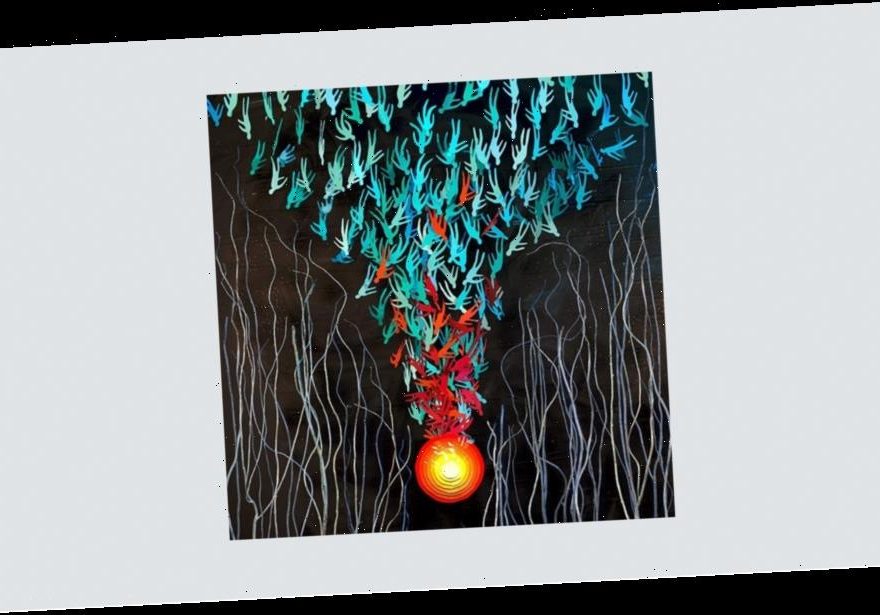 On Bright Eyes’ new album, midway through the lush, dystopian “One and Done,” the familiar gravel of Conor Oberst’s voice shares an observation seemingly tailor-made for our present moment. “Let’s take a walk around the block,” he sings. “This fleeting feeling is infinite.”

For those now measuring their quarantine in months, such words must feel achingly prescient. In truth, however, “Down in the Weeds, Where the World Once Was” — the tenth studio album from Bright Eyes, and first in nine years — is a record several years in the making. As Oberst tells it, the origin of his recording resumption with bandmates Nathaniel Walcott and Mike Mogis can be traced to an impulsive group phone call that took place at a Christmas party in 2017. Far from being estranged, however, the trio have continued to regularly work together since 2011’s “The People’s Key,” positioning “Down in the Weeds” less as a reunion and more like an unofficial return from hiatus.

Prior to the record’s release, singles like “Persona Non Grata” and “Mariana Trench” hinted at an approach that found Oberst eager to position himself as one member of a group effort. On the former, funeral bagpipes make their first appearance in the Bright Eyes’ canon. The latter — named for the deepest oceanic trench on earth — relies on new-wave synths and an upper-cut of horns to help get its message of solemn satire across.

As one might expect from a record so bleakly titled, “Down in the Weeds” is an album centered on loss and trauma. A masterful storyteller, Oberst rarely relies on the unvarnished truth in his songs, but the tragic death of Oberst’s older brother as well as a separation from his wife of seven years both earn overt references this time around.

Collectively, the band is at its best on a song like “Pan and Broom,” an unexpectedly sweet-sounding cut bolstered by backing vocals from former Bear Country singer Susan Sanchez and an instrument known as a Marxophone. A quiet, indelible little ode to how quickly dreams can slip away, its mastery lies in its precision.

Bright Eyes is no stranger to epic songs, and it’s not difficult to envision how a different era of the band might have reworked the track. However, had a coda of violent acoustic strumming or a mid-song pivot into brass and strings been affixed to “Pan and Broom” — the sort of thing that might have been de rigeuer on a previous record — it would’ve wilted under the weight. With “Down in the Weeds,” there is a musical maturity reflected in the restraint that Oberst, now 40, and his bandmates show this time around.

Featuring 14 tracks in total, Bright Eyes’ latest also manages to deftly capture slivers of sounds from throughout the band’s 25-year career. At the same time, changes to the formula pay dividends, most notably in the form of Flea, who provided bass lines on half the record.

Brought into the sessions through Walcott, who toured with the Red Hot Chili Peppers in recent years, Flea and his unmistakable slap-bass add a brilliant new dimension to the Bright Eyes sound. Although “One and Done” is a bit stifled in its elegance, the contrast of Flea’s bass against an orchestra of strings and Oberst’s weary admission that “there’s a lot of mouths to feed through this famine” is intoxicating.

Another one of Bright Eyes’ most enduring tricks is their ability to immerse listeners in song by blurring the boundaries between music and lyric. On “Down in the Weeds,” the practice is once again employed to perfection several times. There’s the way “Tilt-A-Whirl” ends “so suddenly” after Oberst utters just those words. It’s in the grace with which Bright Eyes invokes both Pink Floyd’s “Wish You Were Here” and the tragic Bataclan shooting in Paris a handful of lines on the standout “To Death’s Heart (In Three Parts).”

A similar ploy proves most powerful on “Stairwell Song,” a slightly overstuffed number that nonetheless manages to deliver a dose of what Bright Eyes does best when Oberst snidely wonders “What happened / You like cinematic endings” before a sweeping orchestral coda makes good on the promise. It’s sarcasm by symphony, and a testament to the boundless creativity and keen sense for story contained within Oberst, Mogis and Walcott.

Arriving at a moment of turmoil, “Down in the Weeds” could, in retrospect, easily be cast as a relic of the times. That would be a mistake. Despite the fact that the album was completed well before COVID came to enter the common parlance, Oberst’s warnings (“look out for the plainclothes”; “this world is waving goodbye”) do feel jarringly close to home. However, even if sonic and lyrical gloom has always been a reliable ace in the Bright Eyes deck, its role this time is truly more ellipsis than exclamation point.

While “Down in the Weeds” may be an apt reflection of the anxiety and fury many feel today, it doesn’t require that context to connect. Prior to their hiatus, Bright Eyes had never made music with an expiration date. With a tenth album now factored in, that streak remains intact.