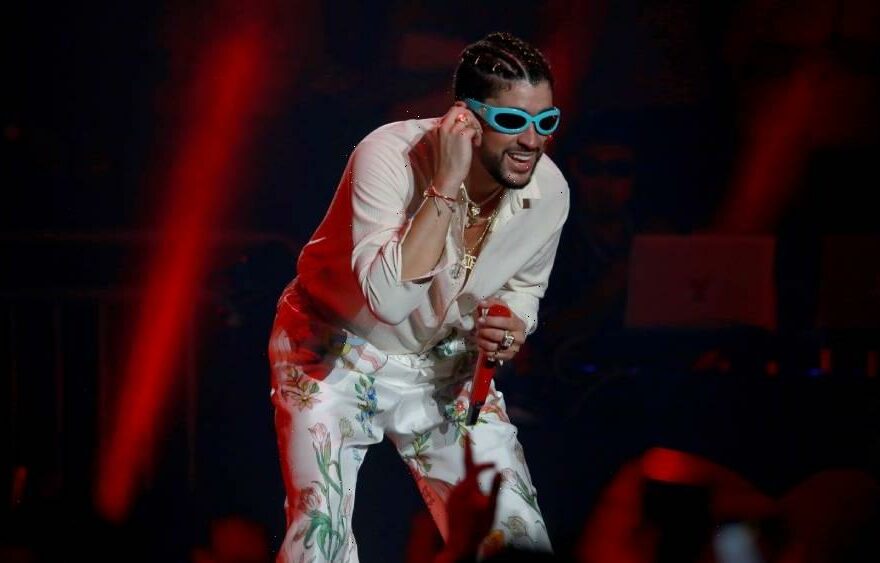 Although the VMAs are being held at New Jersey’s Prudential Center, roughly 25 miles (but nightmarish traffic distance) from Yankee Stadium, Bad Bunny will be making an appearance and performing “never-before-seen choreography” through the live broadcast.

The Puerto Rican artist made his first VMAs appearance in 2019 alongside J. Balvin for a performance of “Que Pretendes.” The year before that, he scored his first Moon Person in the song of the summer category for his, Cardi B, and J. Balvin’s “I Like It.”

The seven-time nominee is up for two of the ceremony’s biggest awards this year including artist of the year and best Latin. If he wins artist of the year, Bad Bunny would be the first-ever non-English language artist to take home a Moon Person in the category. The historic stats continue as the broadcast from Yankee Stadium marks the first time MTV has ever aired a performance live from that stadium.

Video Vanguard Award recipients LL Cool J and Nicki Minaj, along with Jack Harlow, are set to emcee the show which airs live from Prudential Center in Newark, New Jersey on Sunday, August 28 at 8 p.m. ET/PT.