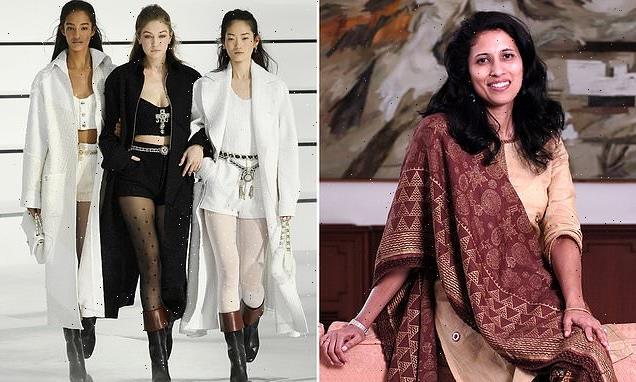 From HR to haute couture! New Chanel CEO Leena Nai, 52, worked her way up the ranks at Unilever as one of the only female managers in its factories to the top job at the French fashion house

Founded in 1910 as a small millinery business in Paris, Chanel has evolved into one of the recognisable names in fashion.

Named after couturière Coco Chanel, the company is owned by Alain and Gérard Wertheimer, the grandsons of Chanel’s early business partner Pierre, and remains a tightly controlled family business.

But now the duo have handed over the day-to-day operations to a rare outsider, London-based businesswoman Leena Nair, who will take over as global CEO after stepping down as Chief Human Resources Officer at Unilever. She was the first woman, first Asian and youngest ever person to hold the role.

The appointment of Indian-born businesswoman Leena, 52, has been praised as a landmark for diversity within the industry and marks the latest step in a remarkable career for Nair, an engineering graduate who worked her way up the ranks of Unilever after starting her career in the company’s factories. 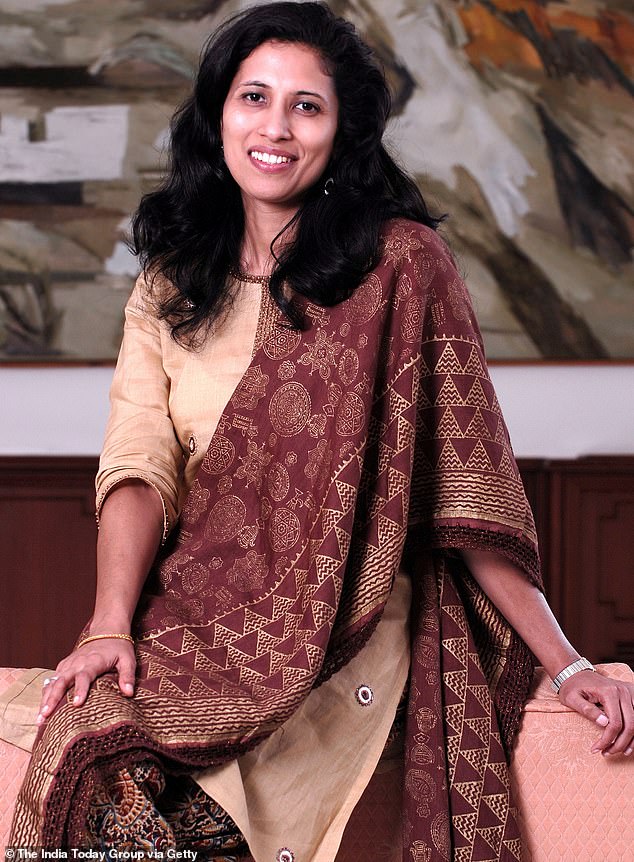 Pioneer: Leena Nair, pictured, will take over as global CEO of Chanel after stepping down as Chief Human Resources Officer at Unilever 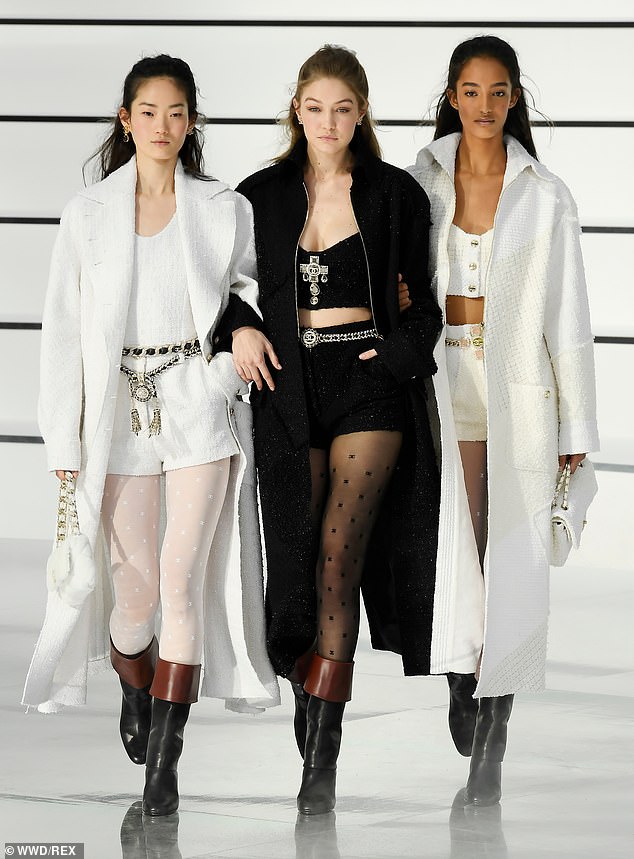 Fashion forward: Gigi Hadid, centre, with models on the Chanel catwalk in March 2020

Leena was born in a small town in Kolhapur, Maharashtra and is the daughter of late industrialist Ram Menon and attended Holy Cross Convent High School.

She later became a student of The New College Kolhapur before earning a degree in electronic engineering at Walchand College of Engineering in Sangli – where she found she had a ‘flair for management’.

‘One of the best pieces of advice I ever had was before my career even began, from my college professor who sat me down and said, ‘You know what, you’re going to make a pretty lousy engineer. But I think you have a flair for management. You like being with people’, she wrote on Instagram.

After deciding against becoming an engineer, Leena began studying for a masters at the Xavier School of Management in Jamshedpur where she did an MBA in HR.

After graduating in 1992, she began work as at Unilever as a management trainee where she became the first woman to take a role working in factories around India for the company.

When Leena joined program, the majority of the workforce was male – but the businesswoman says her time studying a male-dominated degree meant she was well-equipped to deal with the gender divide. 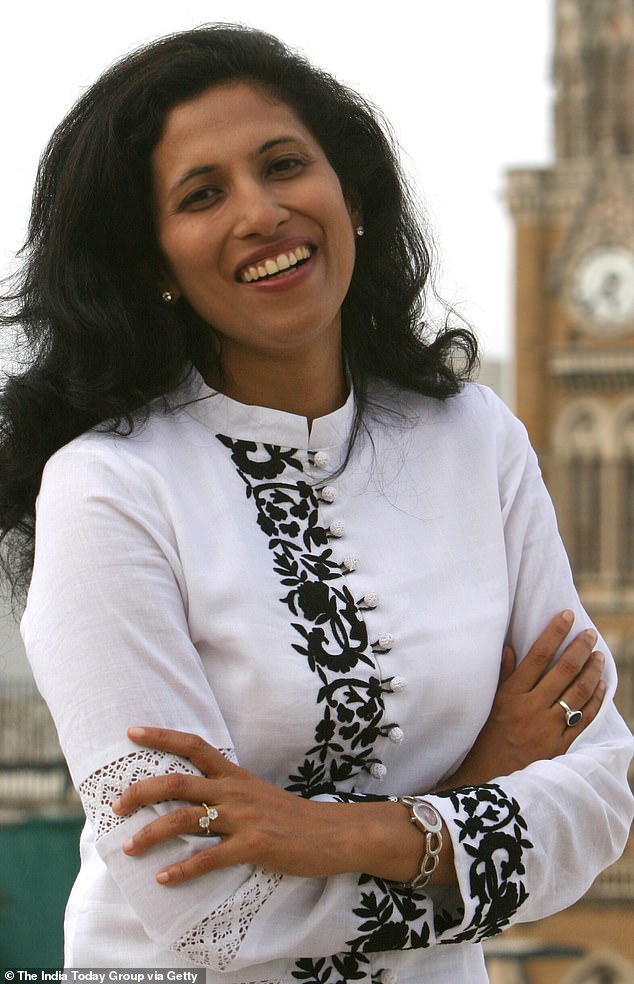 ‘It was 3,000 boys and 18 girls in engineering college and the four years there toughened me up, made me thick skinned and I learnt how to claw my way through a largely male dominated space’, she told the Khaleej Times.

When she began working at Hindustan Unilever more than two decades ago, the factories didn’t even have women’s toilets and after ensuring some were built for her – they were jokingly dubbed ‘Leena’s Loos’.

‘I learned so many lessons, about the factory and production, the shop-floor ecosystem, the importance of resilience. It’s made me who I am’, she told Time magazine.

A year after graduating the trainee program, Leena became the factory personnel manager of the Lipton factory in Kolkata, where she spent three years.

Leena then became Employee Relations Manager of the company, headquartered in Mumbai and continued to rise up the ranks, becoming the general HR manager in ten years.

In 2016, by which time the businesswoman had spent over twenty years climbing the career ladder at the company, she was promoted to Chief Human Resources Officer of Unilever in London.

She was the first female, first Asian and youngest ever CHRO of the company and  had overall responsibility for the 160,000 workforce operating over 190 countries. 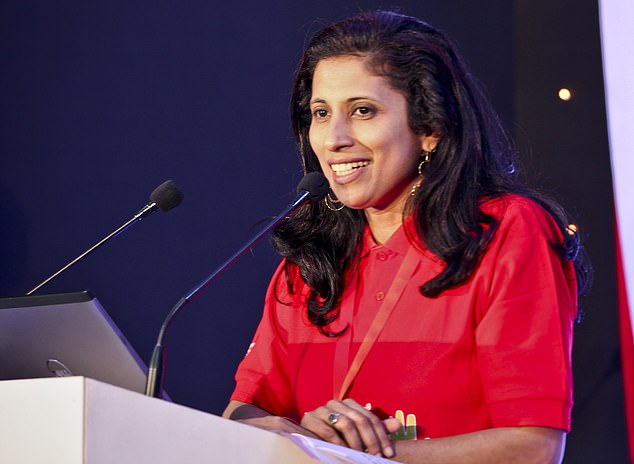 Leena was the first female, first Asian and youngest ever CHRO of the company and had overall responsibility for the 160,000 workforce operating over 190 countries

In January this year, while Leena was CHRO, the consumer giant said it would refuse to do business with any firms that do not pay their staff a ‘living wage’ from 2030 onwards.

The Ben & Jerry’s and Marmite manufacturer was one of the first large-scale companies to make such a commitment due to worsening inequality due to the pandemic.

Leena called social inequality a ‘systemic issue’ and said the company sees it biggest challenges in it’s supply chain in Vietnam, the Philippines, Brazil and India.

As well as her work for Unilever, Leena worked as a non-executive board member of the Department for Business, Energy and Industrial Strategy for two years from 2018.

Leena, who has two children with husband Kumar, was announced as Chanel’s chief executive last week, becoming a become a rare outsider at the helm of the tightly controlled family fashion house.

‘I am humbled and honoured to be appointed the Global Chief Executive Officer of Chanel, an iconic and admired company’, she wrote on social media.

‘I am so inspired by what Chanel stands for. It is a company that believes in the freedom of creation, in cultivating human potential and in acting to have a positive impact in the world.’

The French fashion house have previously spoke of their desire to diversify their brand, hiring Fiona Pargeter as head of diversity and inclusion in 2019 as ‘a sign of Chanel’s commitment’ to inclusivity.

Chanel said Leena would join at the end of January and be based in London. It added that the new appointments would ensure its ‘long-term success as a private company.’