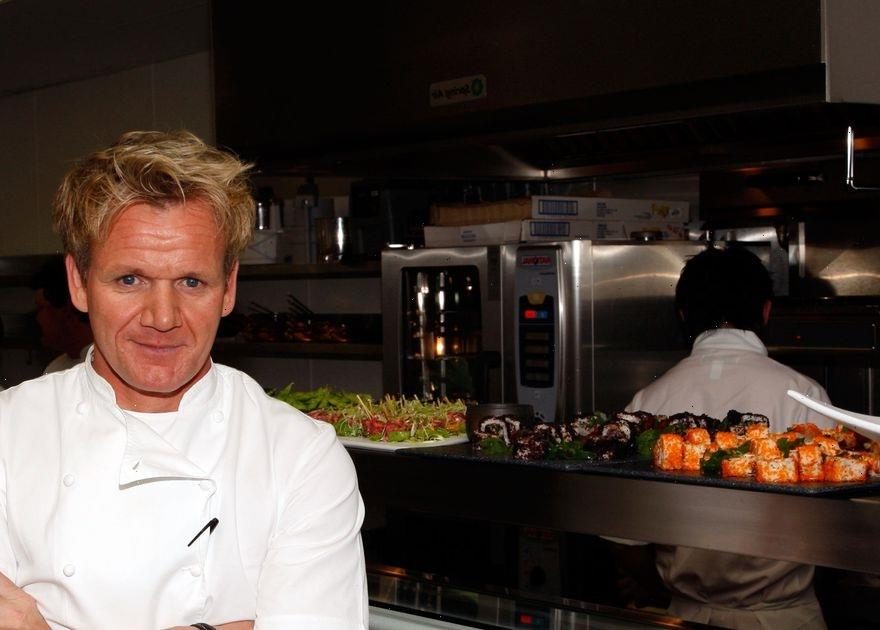 Celebrities often feel as though they’re in another world – one of glitz, glamour and designer handbags.

But they’re all people just like us, after all.

But unlike most people, based on a combination of extravagant, disappointing and downright bizarre array of Christmas meals, it seems that some celebs don't like getting into the festive spirit.

From microwaved plates to extortionate roast dinners cooked up by iconic celebrity chefs, Daily Star gets in the true spirit of Christmas and delves into the land of celebrity festive traditions.

And who knows, maybe you’ll even get inspired to cook some of these up yourself.

Talk about a dose of spice for breakfast – the Jonas Brothers like to treat themselves to a Mexican tradition on Christmas morning, and will scoff hot tamales before opening presents.

Speaking to InStyle, Nick Jonas admitted that the doughy treat, wrapped in a banana leaf and drizzled in spicy sauce, is a staple of their festive season.

He explained: "Every year we eat tamales on Christmas morning and it’s pretty awesome.

"My mom started it and it’s special because Kevin, Joe and I have grown up doing it. It’s very like us to have tamales on Christmas."

Tamales are actually a Christmas tradition for some families, as the corn-husk wrapped snacks were a part of ritual offerings in Mexico, moving into southern California and Texas too.

And the JoBros appear to stray away from the turkey dinner as far as possible on Christmas Day, as they follow tamales up with a three-course meal of shrimp, shrimp and more shrimp.

Their mum Denise recalled: "Kevin [Senior, my husband], and the boys would start in the afternoon peeling and cleaning pounds and pounds of shrimp."

The family would tuck into shrimp scampi, shrimp creole and shrimp cocktail – but one year, Joe’s hands “blew up”, leading the family to believe he was allergic to shellfish.

However, it turned out shrimp wasn’t the cause of the swelling – and Joe has once again returned to his fishy treats.

Kim, Khloe and Kourtney Kardashian, along with Kylie and Kendall Jenner, are understandably treated to a very extravagant Christmas meal each year.

Over the years, Kris Jenner has given away a few details of her family’s iconic spread – and Grey Poupon Dijon mustard plays a huge role.

Along with the tasty sauce, Kourtney tends to dish up a turkey meat loaf, which forms a regular feature at the table on Christmas day.

But there’s one aspect you might not be expecting – the appearance of Kim’s signature mac n’ cheese. Yep, the cheesy pasta forms an essential side dish for their Christmas food platter.

Of course there are even more elaborate treats where the K’s are concerned, as they have shown off their intricately constructed gingerbread houses on Instagram over the years, complete with scrumptious icing and plenty of glitter.

Strictly Come Dancing judge Craig Revel Horwood shared his own family tradition – and, rather than a full cooked roast, he revealed he would have to stand in line for a plate of microwaved grub.

He told The Guardian in 2014: "In the 1970s the microwave changed dinner forever. My dad, who was in the navy, would make dinner in the morning, plate up a meal for each of us and put it under clingfilm with our name on top.

"He’d put the plates in a row by the microwave and at lunch he’d heat them.

"We’d line up and be served at three-minute intervals and then file off to the table. If your dinner was the first one microwaved it was pretty lonely when you sat down to eat."

However, it seems Craig has come a long way since those days, as he managed to walk away with the Celebrity MasterChef Christmas trophy last year after wowing Gregg Wallace and John Torode with his culinary skills.

If your eyes aren’t watering at the price of Gordon Ramsay’s signature Christmas roast already, they will once you see the pictures.

Gordon came under fire from fans and fellow celebs as he unveiled his festive menu ahead of this year’s celebrations.

The plate featured sliced turkey, pigs in blankets, roast vegetables and potatoes, as well as two slices of stuffing.

But the meal – which would set you back a whopping £275 – featured just a single tablespoon of gravy, sparking fury from fans.

Take Me Out star Paddy McGuinness responded to Gordon’s social media post, which he’d captioned: "Christmas is right around the corner… visit [Gordon’s restaurant] to start your planning!!!"

Paddy quipped in the comments section: "Get the jug out Ramsay!! #gravy."

Someone else added: "C'mon Gordon less of spooning that gravy and just pour the jug all over. Give it a proper covering!"

As another echoed: "Your gravy looks a bit thin there mate but don’t worry I’m told it’s one of the more tricky things to do."

According to a former palace chef, the Royal Family tuck into a rather "boring" Christmas lunch.

Darren McGrady used to work in the royal kitchens at Sandringham House, and says the lunch after the annual visit to church would typically include "a salad with shrimp or lobster, and a roasted turkey, and all of your traditional side dishes like parsnips, carrots, Brussels sprouts, and Christmas pudding with brandy butter for dessert".

He added: "They're actually boring when it comes to festivities. They didn't do hams or anything, just traditional turkeys.

"We did three turkeys for the Queen and her family in the royal dining room, one for the children's nursery and then more for the 100 or so staff, so everyone had a Christmas lunch."

Sauces on offer include cranberry sauce and bread sauce, while chestnut or sage and onion stuffing will also be in place on the table.

The Christmas pudding, in line with tradition, is "decorated in holly, doused in brandy, and the palace steward would carry it, flaming, into the royal dining room".

However, Mike Tindall gave a very different account during a podcast appearance in 2020, explaining that palace staff are actually given Christmas day off – so the Queen and her family tuck into a cold buffet instead.

He explained: "Christmas Day is a little more quiet because it's actually a cold buffet because they give everyone the day off, and their big day is Christmas Eve."