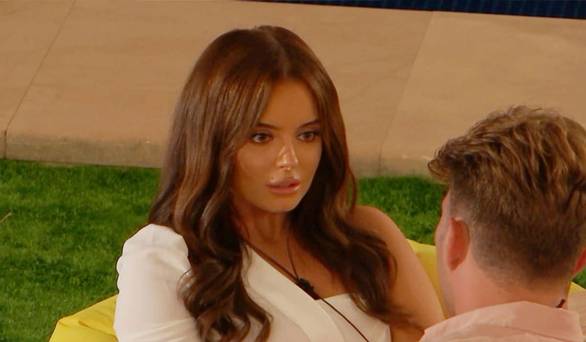 While postmodern feminism continues to be redefined by – well, just about everything – we, in the year 2019 are at a crossroads of what – and whom –  we determine to be worthy female role models. While women in all industries are punching through glass ceilings wearing a bold lip, one unsuspecting construct has emerged as the most talked about event of the summer: Love Island.

Who knew a TV show about a dozen heterosexual couples in a villa in Mallorca for three months condensed into nightly one-hour episodes would become the vehicle through which modern feminism would find itself being debated?

Much of the last few weeks’ news coverage has been dominated by the programme in equal parts because of the July-August silly season and also because of its undeniable impact around the UK and Ireland.

And in a distinctly 2019 twist, it’s the women that have stolen the show during this moment of glory.

For me, and so many other Irish viewers, the Love Island journey began nearly a month in when Maura Higgins, the Longford ‘grid girl’ made her debut to the cue of fanny flutters and other unashamedly sexually forward language. During her first week in the house, Maura was praised for her direct approach to sex, but soon proved herself to be a nuanced personality, who has no qualms about vocalising her sexual desires, but is the kind of ride-or-die friend many hope to have one day.

She has evolved into an unabashed ‘girls girl’, who understands the value of female friendships and thus nurtures them in the way they need. This can be different depending on the circumstance, but in the case of Love Island comprised of young people in their twenties, it usually means loyalty comes above all else.

When Amy Hart was devastated over Curtis Pritchard’s behaviour, Maura was the first one there to tell her she deserves more for herself; the kind of hype woman everyone deserves in the throes of a break-up. The fact that she made her feelings for Curtis clear nearly immediately after Amy’s exit is more reflective of the circumstances of the show (it is a competition for couples after all) than her breaking – God forbid – girl code.

On another occasion, she and Amber had an adult conversation about a disagreement over how Amber felt she was being represented after Michael and both discussed it matter of factly before putting the matter to bed.

In the show’s final week, contestants can taste the potential victory within their grasp and Curtis, the show’s ballroom dancing puppetmaster told Maura about Jordan having feelings for India, a secret only he knew.

When Maura understandably went to warn her friend about what was happening, Curtis said, “I’m pissed off with you.” Her response, “Be pissed off, she’s my friend” was one of the best lines ever delivered on the show.

When Anna was unsurprisingly voted out of the villa the following night, her hardest goodbyes were to her friends, saying she would put herself through the heartbreak all over again to have built those friendships. “I feel like I’ve found love because I found you,” she told the teary eyed group of girls who had been by each other’s sides

Over the last 12 weeks, there has been no discernible standout couple for the public to root for in the real world and this female driven narrative has carried the show.

“In previous years, there was such a focus on the bromances and the lads’ relationship and banter,” Fionnuala Jones, a freelance journalist and Love Island expert, says. “This year, it was nice to see a strong connection form between Anna, Amber, Yewande and then Maura. Even with two nights to go, it’s all for play and there’s no clear winner.

“Initially, Maura received a lot of criticism and this internalised misogyny because of how she embraces her sexuality and that frightened people a bit. Once people got to know her as a person, she’s more multi-faceted and it was natural to start rooting for her.”

This tale of unity among the women, set to the backdrop of paradise, makes for compelling television. Their friendships are strengthened by the bonds of isolation that comes with sharing your sleeping and eating quarters with a group of attractive strangers with similar interests.

For those who fob off Love Island for representing the worst of our society – well, you won’t get much of a fight from me – but to dismiss it as frivolity is also dismissing its influence on younger viewers in particular. As Shonda Rhimes, the powerhouse producer behind Grey’s Anatomy and Scandal, said “TV has power.”

A show like Love Island isn’t exactly the prestige programming we associate with the golden age of television, but its audience figures are huge and it’s an inescapable cultural movement; so if there are some body-loving, free-spirited, women-supporting-women characters on it, then what’s the harm?

Yes, the show could benefit from more representation in size, race and sexuality; but producers have proven their willingness to adapt and are taking feedback on board, as displayed by the more positive changes implemented this year. Who knows what next year has in store?

The knock-on effects of this girl power set-up for millennials has been the response with viewers on social media: every night, men and women have frantically joined the conversation on Twitter and Instagram, contributing their thoughts either in intellectual or gif form.

You might find yourself talking about a bad relationship you had and its impact on you and suddenly you find yourself in a conversation that never would have started if Michael hadn’t branded Amber ‘chaldish’ for having human feelings.

Love Island is fun: it’s silly, it’s extraordinarily entertaining and the editors deserve a BAFTA for the recoupling after Casa Amor alone. But, like all pop culture phenomena, it’s layered. And these layers just happen to be wearing bikinis.