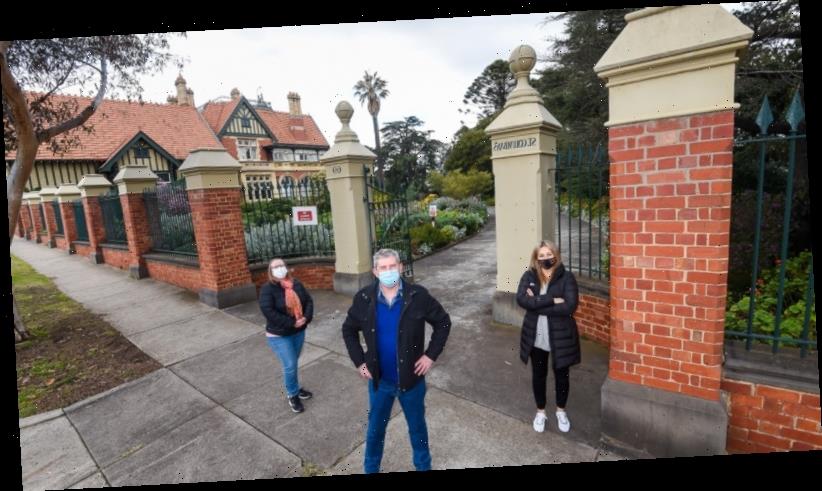 A residents' group is opposing a Catholic mission's multimillion-dollar plan to sell off its 19th century Essendon mansion and build a home for old priests in the grounds.

The St Columbans Mission Society has applied to Heritage Victoria and Moonee Valley Council for permits to subdivide the grounds of North Park mansion. 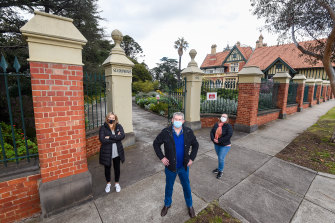 Michael Whelan, Romy Pane and Gena O’Keeffe are a part of a group who oppose plans to sell North Park.Credit:Justin McManus

Proceeds from the sale of the heritage-listed 132-year-old mansion and most of its grounds will fund a $10 million office and apartments for Catholic priests.

The society plans to sell 90 per cent of the 20,000-square metre property, including the mansion.

It is seeking planning approval for 25 townhouses on some of that land.

On the 2000 square metres the society will retain, it plans to build a three-storey building to house its offices, and 16 apartments for elderly priests to live in. 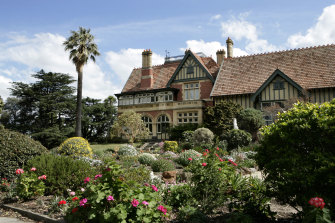 Sale of the mansion could raise as much as $18 million.Credit:Gary Medlicott

The society's regional bursar Michael Mooney said more than $10 million of the (estimated before the COVID-19 pandemic) $18 million proceeds of the mansion and land sales would fund construction of the new office and apartment building for priests.

The remainder would go towards the society's work with disadvantaged people in 15 countries including Peru, Myanmar and the Philippines.

But a local residents’ group, Save North Park, objects to the site being ''carved up" and wants governments to buy the site for community use.

Spokesman Michael Whelan said it could be a cultural hub like Abbotsford Convent.

He called on the community "to rally as one and object to the proposed plans and for the community to have an active role in the future of this property".

A Saint Columbans Mission Property Association report, which is part of the application to the council, described the mansion as "not suitable for Columbans in retirement".

The priests’ current mansion rooms were "boarding house style" with single bedrooms, not all with ensuite, and meals taken in a common dining area.

However each flat in the new building would have two bedrooms, a bathroom, living area, and kitchen.

They would enable residents to entertain and have family over.

"This has become the norm elsewhere, for example, for retiring Catholic priests," the report says.

The Save North Park group, however, proposes either a reduction in what it calls "excessive development" of the site, or "ideally for the entire site to be purchased by government to make it a place for all to enjoy".

"We do not want to see this valuable asset carved up, obscured and diminished," the group said in a statement.

The group opposes the proposed removal of 97 trees, which sustain animals such as possums, bats and magpies.

The mansion, built in 1888 for brewer and inaugural VFL president Alexander McCracken, has been owned by the St Columbans order since 1923.

Members of the public can make submissions to Moonee Valley council, however a date has not been set for deliberation on the matter.

The most important news, analysis and insights delivered to your inbox at the start and end of each day. Sign up here.