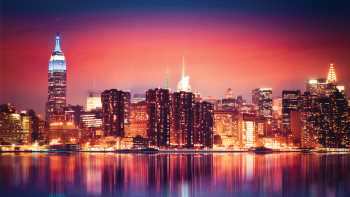 First among the many projects listed at the beginning of New York Music Month in June was a WNYE radio show and podcast called CityFM that promised to “explore the city’s music culture, emerging artists and trends, and upcoming events told through the lens of what’s happening around the city in Summer 2019.”

And while the three-month-long series, which posted its seventh installment today, definitely does that, it’s provided an intimate and at times fascinating look at multiple aspects of the city’s music scene, its history, its influences, background and characters, and also a time capsule of what it is in 2019.

Make no mistake: the music featured in it is mostly in the background, but it also a surprisingly engaging series considering that it’s almost entirely people talking about music.

Sponsored by the New York Mayor’s Office for Media and Entertainment and produced by co-sign’s Jessica Weber and veteran music journalist Piotr Orlov (aka Raspberry Jones), the shows each take on a different aspect of the city’s music scene, ranging from DIY, jazz and Latin to broader topics like summer memories, LGBTQ and music, and today’s installment, the life of a musician. Throughout, there are interviews with veterans of the city’s scene, many of them somewhat lesser known but well-poised to talk about the subject matter, ranging from veteran DJs Louis Vega and Spinna, journalists Sacha Jenkins and Bill Coleman, artists Jim “JG” Thirlwell, Lionbabe and Vijay Iyer and many more.

Perhaps most significantly, it remains the city’s only radio show dedicated to local music. New shows post every Friday until Labor Day — check out the complete set here (https://www.mixcloud.com/CityFMNYC/).