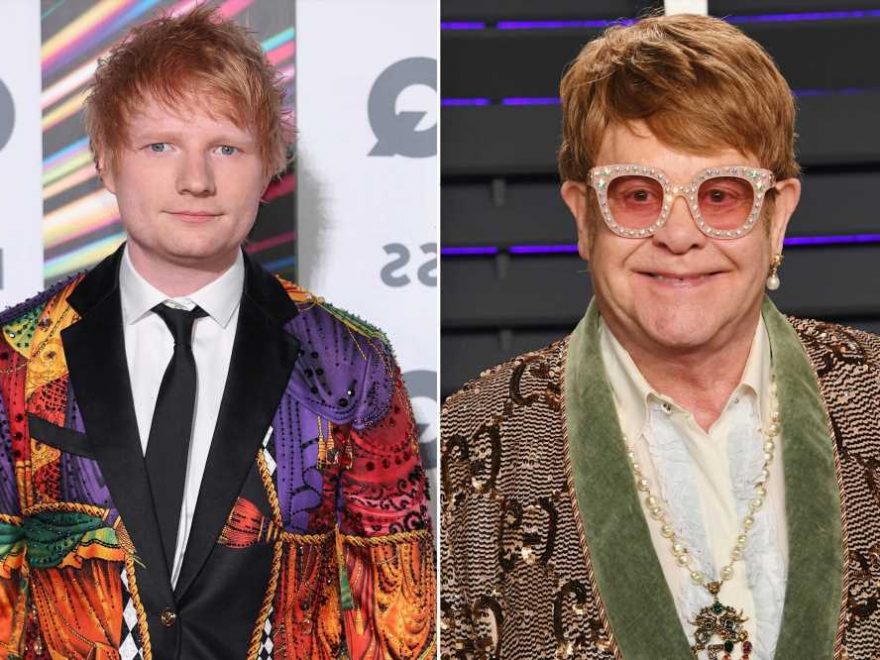 The 30-year-old musician wore gold glitter pants and a silver fringe jacket that look like they came straight out of Elton John’s personal collection.

Sheeran topped the look off with a white feather collar and hot pink sunglasses, posing with his tongue out and throwing up a peace sign.

The outfit was for scenes in his upcoming music video, “Shivers,” which is set to premiere on Friday.

“I glammed up for the occasion,” the Brit rocker captioned the photo.

The look was particularly reminiscent of Elton John’s iconic stage costumes over the course of his career — many of which have always included a pair of brightly colored sunglasses and feather accessories. 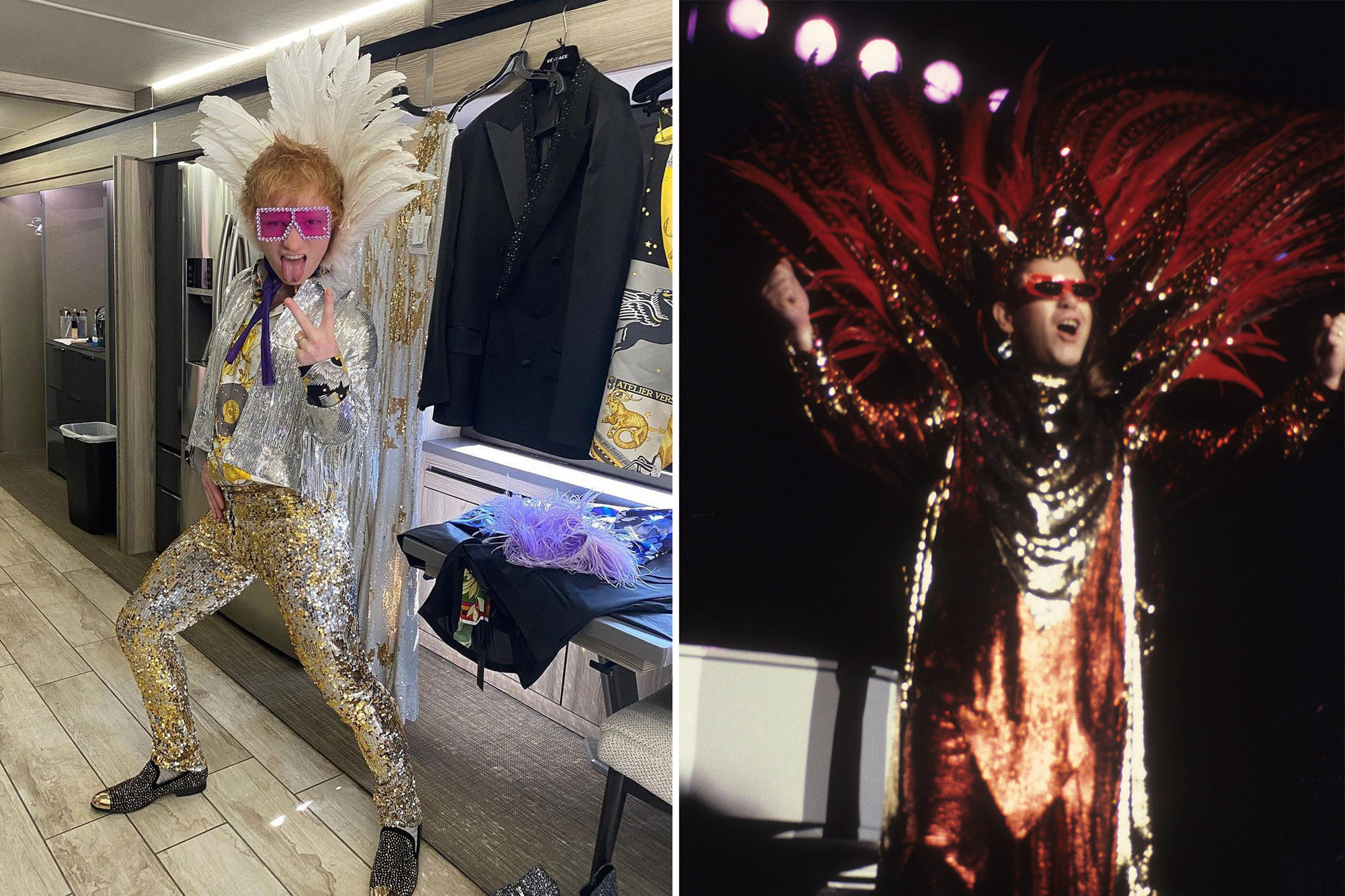 Despite admitting he has “always hated suits,” Sheeran said that when Elton connected him with Donatella Versace he decided to “go for it.”

He even got the Elton seal of approval before the ceremony.

“Before I came tonight I FaceTimed Elton to show him the results,” Sheeran said. “He’s been slagging off my boring wardrobe for years. I’m not really a fashion guy but I’ve had to start to show an interest – he loves it. Elton approved — it’s very him.” 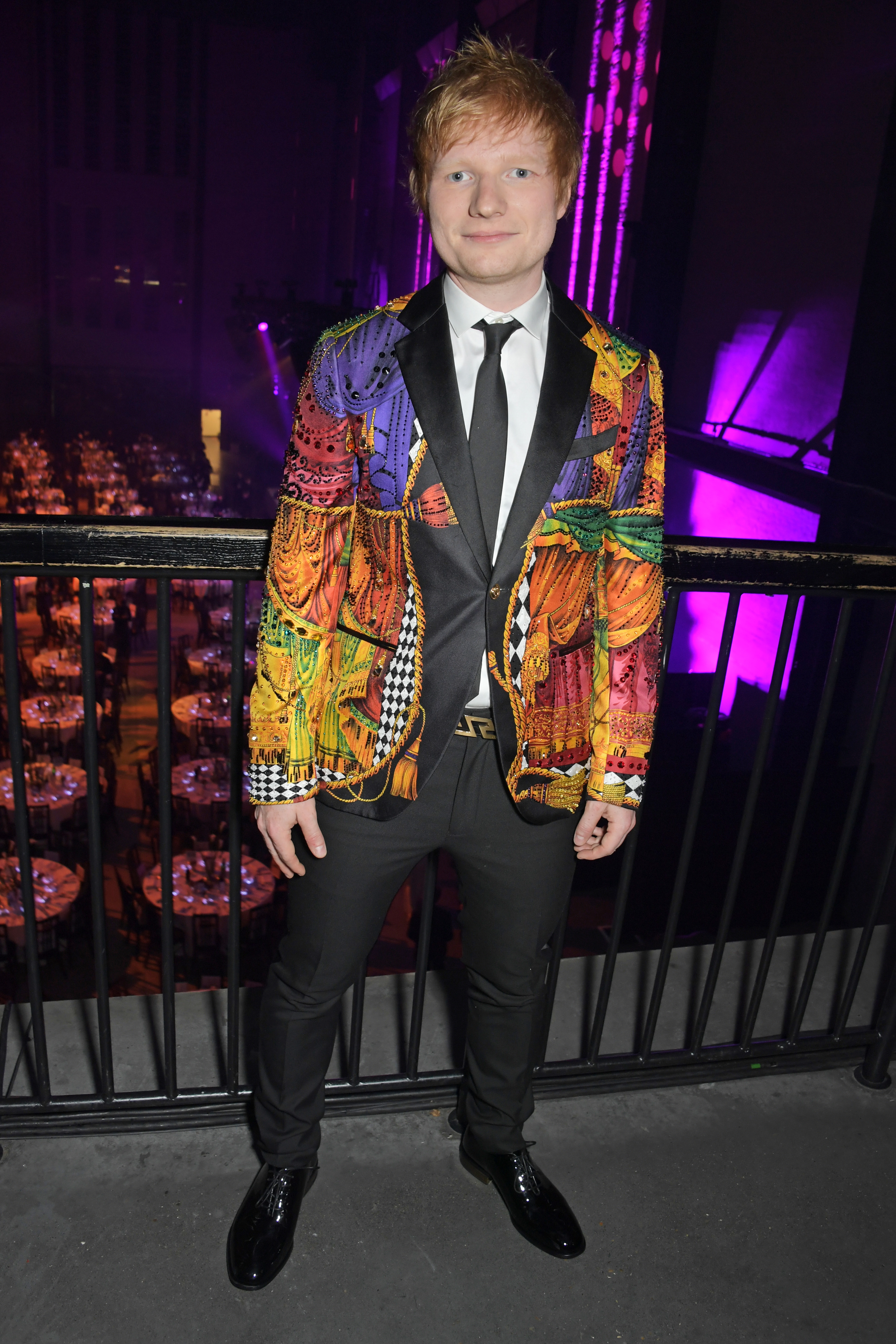 The musicians have been friends for several years as Sheeran is signed to Elton’s management company, Rocket.

In 2017, Elton told Rolling Stone that the young musician reminded him of himself in the early stages of his career.

“He’s always doing something, whether he’s writing his own stuff or he’s writing with other people,” Elton explained. “And that’s how I remember myself being in 1970 when I first came to America. It was just all systems go. Nothing was impossible.”

Perhaps the Pinball Wizard himself will make a cameo in the “Shivers” music video.