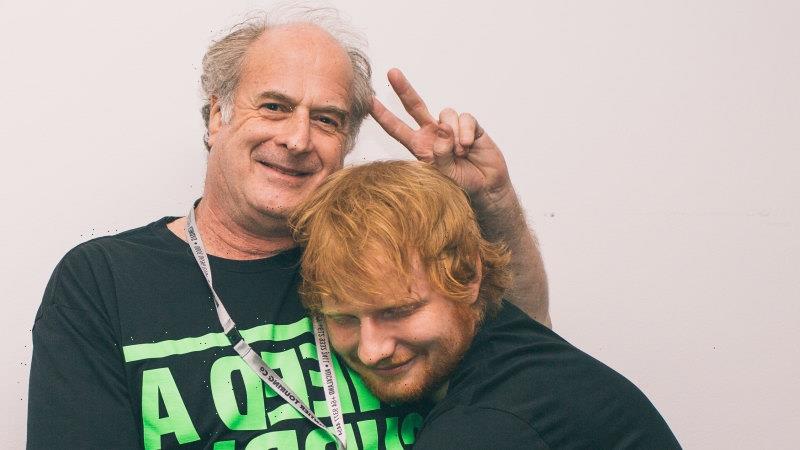 Ed Sheeran’s new album will be dedicated to Australian record label founder and music impresario Michael Gudinski, who was a friend and mentor to the chart-topping English star. 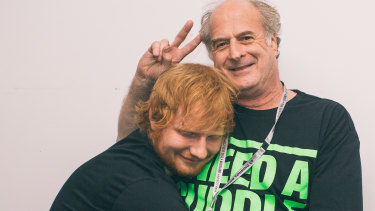 Ed Sheeran is dedicating his new album to the late Michael Gudinksi, founder of Mushroom and a close friend of the English musician.Credit:

Sheeran performed his new song Visiting Hours, which he wrote after Gudinski’s death at age 68 in March, at a state memorial service for the music legend in Melbourne.

The song, penned during Sheeran’s two weeks in hotel quarantine after he arrived in Australia, sits at the heart of new album = [Equals] and was inspired by his friendship with the late Mushroom boss

Sheeran’s new album will be released on October 29. He revealed a new recording of Visiting Hours late Thursday on Instagram. 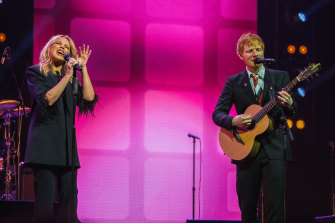 Kylie Minogue and Ed Sheeran perform at the state memorial for Michael Gudinski.

The four-time Grammy winner said the album was “a really personal record” that meant a lot to him.

“My life changed greatly over the past few years – I got married, became a father, experienced loss, and I reflect on these topics over the course of the album,” Sheeran said. “I see it as my coming-of-age record, and I can’t wait to share this next chapter with you.”

On Gudinski tribute song Visiting Hours, Sheeran sings: “Well, I wish that heaven had visiting hours/ So I could just swing by and ask your advice/What would you do in my situation?”

Sheeran referred to Gudinski as “a tornado of joy” on social media and his performance of Visiting Hours later at the Rod Laver Arena memorial was one of the night’s most poignant moments.

Sheeran also shared the stage with Kylie Minogue and Jimmy Barnes, who both make guest appearances on Visiting Hours with subtle backing vocals.

“In lockdown I was able to have a guitar for quarantine and I always find the best way to process stuff is to write songs, be it good news, bad news or whatever,” Sheeran said when he played the song on stage.

Since his earliest forays into the Australian market, Sheeran struck a bond with Gudinski that went beyond that of musician and tour promoter. The gruffly spoken, hugely passionate veteran of Australia’s music scene became a father figure as well as a trusted adviser.

On his 2018 tour of Australia and New Zealand, Sheeran smashed a ticket sales record set by Dire Straits some three decades ago, selling more than a million concert tickets. 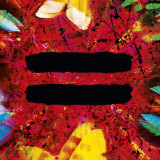 Gudinski, who ran the tour, at the time described Sheeran as “a punters pal” and said fans simply wanted to see him on stage, time and time again.

“From when I started working with him, any time he had spare he’d be listening to music, writing music and he cares about the fans,” Gudinski said.

“To see someone hold an audience in stadiums, as a one-man show … he’s captured the world. No one’s seen anything like this. He’s got an incredible work ethic and he cares about artists and cares about the fans.”

On the back of his ÷ album, Sheeran played 18 stadiums in seven cities on his 2018 tour. At the time he’d sold more than 38 million albums. He’s since released the No. 6 Collaborations Project album (2019) and in June released Bad Habits, the first track from his new album.