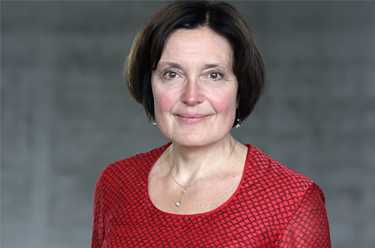 The family of missing American scientist Dr. Suzanne Eaton is “exploring every option” to find her on the Greek island of Crete.

The 60-year-old expert in molecular biology – who was attending a conference at the Orthodox Academy on the Mediterranean island — hasn’t been seen since she was spotted playing piano in her hotel lobby around lunchtime on Tuesday, July 2.

It’s thought that the mother of two went for a run between 3pm and 5pm on the day she vanished — leaving her passport, wallet, phone, cash and cycling shoes in her room.

Despite being a regular visitor to the island and knowing the local area well, the family suspects that Eaton — who ran for 30 minutes the previous day — either became overheated under the fierce Greek sun and looked for shade or suffered a fall on the rough, rocky terrain.

While a small army of volunteers has searched the local ravines, trail edges, brush and shady areas, their efforts have so far proved fruitless.

“We don’t have any leads save for what we’ve already posted on Facebook,” admits Broaddus, who’s traveled from Washington DC to help search for her aunt.

“She had nothing on her, so it is a little bewildering,” she adds. “She’s just not the sort of person who would just go missing.”

To help continue the search the family has now set up a Pay Pal account to help fund volunteers should the Greek authorities — who Broaddus describes as “absolutely incredible” — run dry of funds. It has so far raised $30,000 in two days.

The family has also created a missing person poster to help jog the memory of anyone who may have seen Eaton on the island.

“The Greek government has been incredibly supportive and sent in a whole armada to help find Suzanna,” adds Broaddus. “We’ve been joined by so many volunteer groups and people flying drones, people coming out to search in their spare time and taking out their own boats — even planes as well. It seems like everyone in Crete knows.

“Suzanne is one of the kindest people you’ll ever meet and a beautiful pianist and singer,” adds Broaddus about her aunt, who works out of the Max Planck Institute in Dresden, Germany, and is married to British scientist Dr. Tony Hyman.

“She’s also a black belt in Tae Kwon Do. She’s Just the warmest kind of personality you can imagine.”