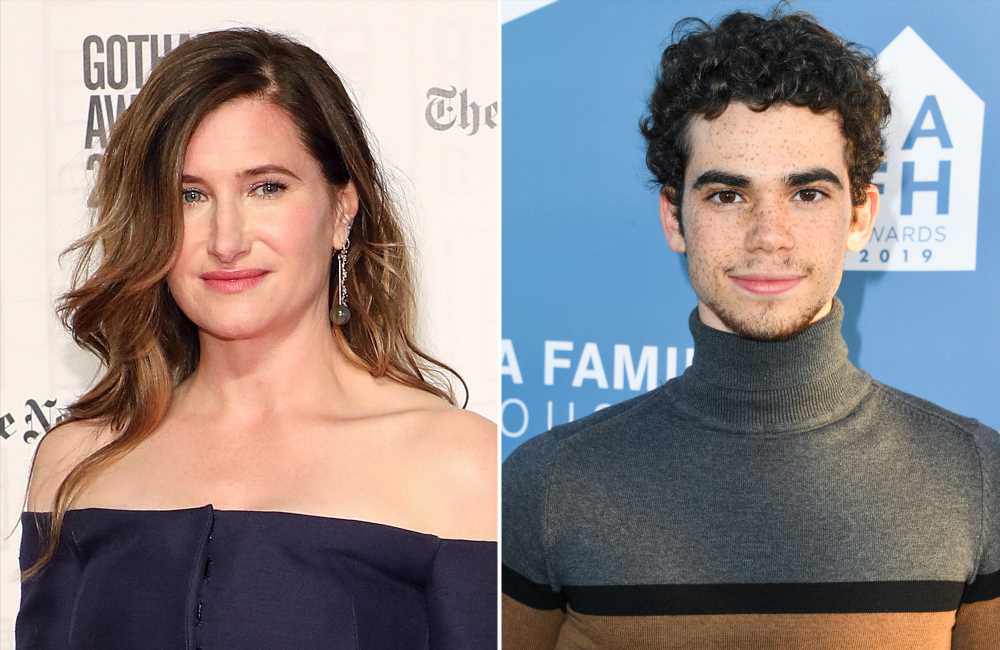 Many fans and costars continue to mourn Cameron Boyce, who died at the age of 20 on Saturday.

Boyce, who rose to fame on Disney Channel’s Jessie and Descendants, will live on in the many upcoming projects he had filmed before his death, including HBO’s Mrs. Fletcher, which is slated for this fall.

“I didn’t have the chance to spend much time with Cameron, but I know I speak for the entire Mrs. Fletcher family when I say how gutted we are by his loss,” Boyce’s Mrs. Fletcher costar Kathryn Hahn said in a statement to PEOPLE.

“Cameron was a beautiful person who showed in the brief time our paths crossed a deep generosity and decency that belied his 20 years of age,” Hahn, 45, shared. “His soul and heart were just so big: anyone who met him even briefly would just feel it. Our hearts are with his friends and family.”

Boyce was cast as a series regular on the upcoming series, which already completed production on its first season, about divorcée Eve Fletcher (Hahn) dealing with empty nest syndrome after her son Brendan (Jackson White) goes to college. Boyce portrayed Brendan’s college roommate.

Boyce died in his sleep “due to a seizure which was a result of an ongoing medical condition for which he was being treated,” a family spokesperson said in a statement obtained by PEOPLE.

“The world is now undoubtedly without one of its brightest lights, but his spirit will live on through the kindness and compassion of all who knew and loved him,” the family spokesperson said. “We are utterly heartbroken and ask for privacy during this immensely difficult time as we grieve the loss of our precious son and brother.”

Hahn and Boyce’s Mrs. Fletcher costar Jasmine Cephas Jones paid tribute to him on Instagram on Sunday with a series of videos. “You were beyond your years. A full force of light that brightened up a room as soon as you entered. One of the most talented, wise.. and most important, kind hearted humans I’ve ever met. The world will miss you @thecameronboyce. Rest with the angels beautiful soul,” the Hamilton alum wrote.

“Everyone involved with Mrs. Fletcher is shocked and heartbroken by the news of Cameron’s passing,” he said, according to Deadline. “He was only twenty — way too young — but he was an extraordinarily gifted and seasoned actor, and a lovely, soulful human being. I’m sure I speak for the entire cast and crew when I say that he was a wonderful friend and colleague, and will be sorely missed by all of us. We send our deepest condolences to his family and loved ones.”