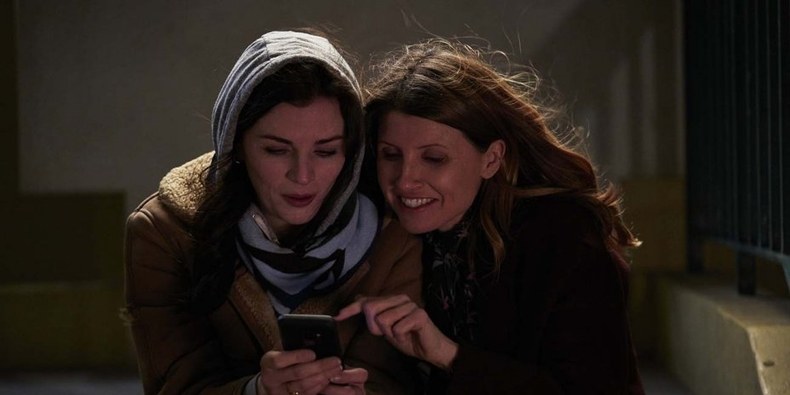 Fleabag ended months ago, but nobody is finished talking about it.

Perhaps that has something to do with the eleven Emmy nominations bestowed upon season two of Phoebe Waller-Bridge's masterpiece, but for those who are still reeling from the discovery that season two of Fleabag would be the end of the entire series as we know it, there might still be a particular itch waiting to be scratched.

A handful of these shows were popular abroad and are now available (finally) on American streaming platforms. And there has been a particular uptick in popularity for Irish sitcoms in 2019. Fleabag and other shows of its ilk—created by and/or starring women, funny but dark, British or British-adjacent—are out there, they just may take a little digging to find.

Finally available in the states after a few weeks on television in the United Kingdom (on Channel 4), This Way Up is an easy, snackable weekend watch. Aisling Bea plays Aine, a woman on the verge of a nervous breakdown, and Catastrophe creator Sharon Horgan plays her sister Shona. As much as This Way Up is a smart comedy about a woman suffering from depression, it's also a sensitive portrait of two adult sisters (whose relationship initially seems to be much more solid than the one presented on Fleabag).

Where to watch: Hulu

Season one of Derry Girls flew a little under the radar, but now that season two is available on Netflix, people are finally catching on. The comedy series following a group of schoolgirls in Derry, Northern Ireland in the '90s, during a period known as "The Troubles" or the "Northern Ireland Conflict." During this time, there was an ethno-nationalist conflict taking place in the territory, beginning with a campaign to end discrimination against the Catholic minority. The series has been highly regarded as a sensitive take on the time period.

A pair of twenty-something friends named Aisling and Danielle live together in an apartment in Dublin. Once thick as thieves, their lives are set on different paths, as the partying lifestyle slowly stops being suitable for one of them.

Amy Huberman created and stars as the titular character in Finding Joy, a comedy series about a woman whose recent breakup from a longterm relationship sends her on a spiral only for a new work assignment requiring her to fill in for a popular Irish vlogger shakes her back up again. Appearances are made by other well-known Irish comedic actors like Aisling Bea (creator and star of This Way Up).

Where to stream: Amazon Prime

Okay, so Sisters is not British, it's Australian. But as a nation under the dominion of the British Commonwealth, we'll count it as being in accordance with this theme. Sisters follows Julia , who discovers that her dying father took advantage of his career as an IVF doctor and used his own sperm to father potentially hundreds of children, leaving Julia to uncover the truth about her family. The show is also being adapted into an American comedy series on Fox called Almost Family, starring Brittany Snow and Emily Osment.

Where to stream: Netflix