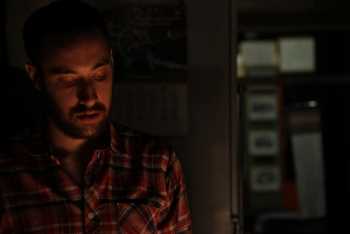 Friday night saw Sanfic Industria close out a week of co-production meetings, screenings and tutoring with an awards ceremony where a handful of the 34 projects and six works in progress at this year’s 6th edition were recognized.

In addition to the awards ceremony, Friday night’s festivities included a 10th anniversary party for the partnership between CinemaChile and Sanfic.

“To me this partnership is vital because the two complement one another,” said Parox founder-producer Sergio Gándara, whose latest TV series “Invisible Heroes” opened this year’s inaugural Sanfic Series focus.

Next to a giant cake covered in sparklers, he went on, “The partnership fosters an international community. Just as CinemaChile brings Chile to the world, Sanfic provides a place for the world to come to Chile.”

Martín Emiliano Díaz’s “Inhabited” scored big in the WIP section, notching both the Mafiz Málaga and Yagán Films awards. It turns on four teenagers living together in a house in a popular neighborhood on the outskirts of Buenos Aires. Searching for a refuge from family abandonment, the group is abused by their neighbors and suffers constant harassment from the police.

Intimate and introspective, Paola Ochoa’s documentary feature debut “Sisters” won the Chemistry Award for post-production services. It documents the annual summer vacation taken by her aunts and mother. Through honest and often lighthearted conversations between the women, Ochoa juxtaposes ideas of womanhood between generations of Colombian women.

The LatAm Cinema Award went to Álvaro Sarmiento’s “Amazon Odyssey,” a documentary which uses long shots in psychedelic tones then black and white to paint a picture of life along South America’s most distinct natural feature for those who work on and with the cargo ships that traverse the river’s waters.

Natalia Garayalde’s “Splinters” won the final WIP award of the day, the Avid Media Composer Award. In November 1995, a military factory exploded near the director’s hometown of Río Tercero, covering it in a black cloud of gunpowder. Although only 12 years old at the time, Garayalde used her family’s camcorder to film the wreckage, including her home and school. 20 years later, a cloud of ammonia hangs over the town from that same Factory.

“The Affections,” from Diego Ayala and  Aníbal Jofré will head to Berlin having won the European Film Market Award. The project turns on a lonely school instructor and a mischievous child who face off against one another, only for the elder to learn that there may be reasons for the child’s poor behavior.

Joaquín Ruano’s “Us,” was invited to Spain’s Malaga Film Festival. It follows Romero, a private security guard, and Nubia, a transgender woman, and their seemingly unlikely love story which ends tragically.

Katherina Harder’s “Children of the Wind” turns on Amalia and her brothers after escaping an orphanage, and their struggle to stay together on a journey across the vast southern landscapes of Chile. The project scored the Guadalajara Ibero-American Co-production Award.

Florencia Dupont’s noir thriller “Aracne” won the first-ever Morbido Festival award, and will recieve backing from founder Pablo Guisa, one of Latin America’s leading authorities on all things genre. The film follows a young journalist who stumbles upon a monsterous lounge singer.

Taking home the Buenos Aires International Documentary Film Festival (FIDBA) Award was “Under Suspicion,” from Daniel Díaz Oyarzún, which investigates the detention of the director’s uncle Bernardo, a self-proclaimed delinquent artist, and his return to his home in the countryside in search of his origins.

“Gloria Camiruaga Finally Your Footstep” from Chile’s Pablo Stephens won the Válvula Films. It tracks the eponymous videographer, a key figure in Chilean audiovisual history, whose work is still relatively unknown to the general public.

“Henri: The Last Pirate,” from Julián Fernández Prieto, profiles French diver Henri García, a diver on Cousteau’s Calypso. It won the Tribeca Film Institute Award including a trip to New York to pitch.

Finally, Cristóbal Valenzuela’s “Alien Island,” based on Ernesto de la Fuente who, in 1983, abandoned his work to settle in a forest in Chiloé. Isolated, he began communicating via radio with strangers who said they lived on “Island Friendship,” and were associated with an alien race.