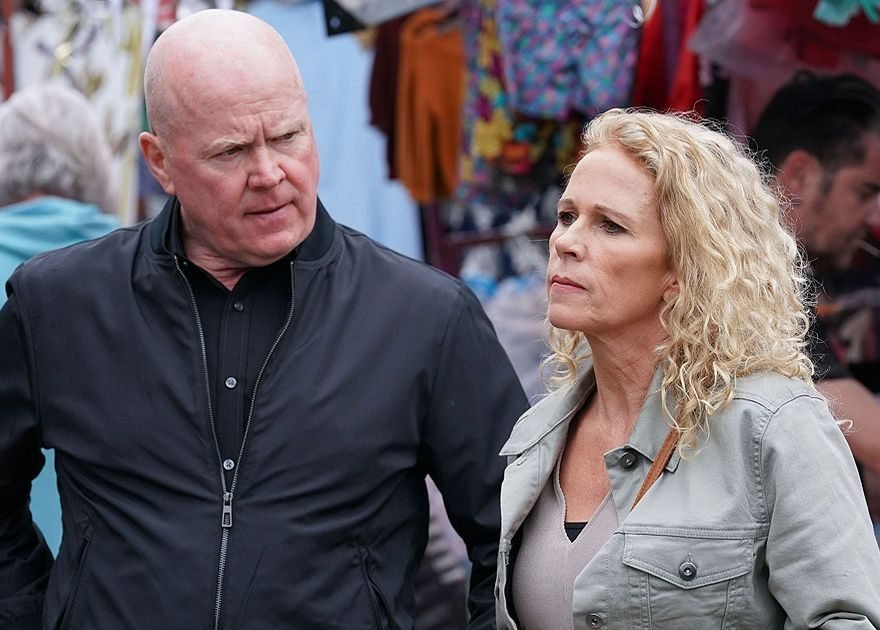 And the whodunnit that ­followed was so popular that she is still quizzed about it.

Some fans want her to return and finish the job.

Well, they might just be in luck as Lucy returns to Albert Square next month.

Lucy, 49, said fans often stop her in the street asking her to go back and “sort him out”, more than 18 years after she pulled the trigger.

She said: “There’s more of what you’d hope to come.

“She always causes trouble. People ask me all the time to go back and sort Phil out.

“I’m proud to have been the person to have pulled the ­trigger in that iconic storyline – I know several have shot him since but I was first. It’s incredible how people still remember it.”

The plot gripped the nation and more than 22 million viewers saw Lisa revealed as the shooter back in 2001.

It was the start of a bitter feud ­between the warring parents, with daughter Louise stuck in the middle.

Lucy started filming in June and worked with Patsy Palmer, 47, back for a short stint as Bianca.

Lucy said: “When I came back two years ago it was only for a few weeks. It was an isolated story as Louise was in hospital, so I didn’t see many of the cast.

"When I came back in June, seeing ­familiar faces, and with both Patsy and Tamzin back, it was just a joy. It was like coming home.”

Viewers will be able to see Lucy’s return during an explosive week of ­episodes surrounding Whitney Dean and Callum Highway’s wedding, Hunter Owen’s escape from prison, and the disappearance of Lisa and Phil’s ­pregnant daughter Louise and her ­boyfriend Keanu Taylor.