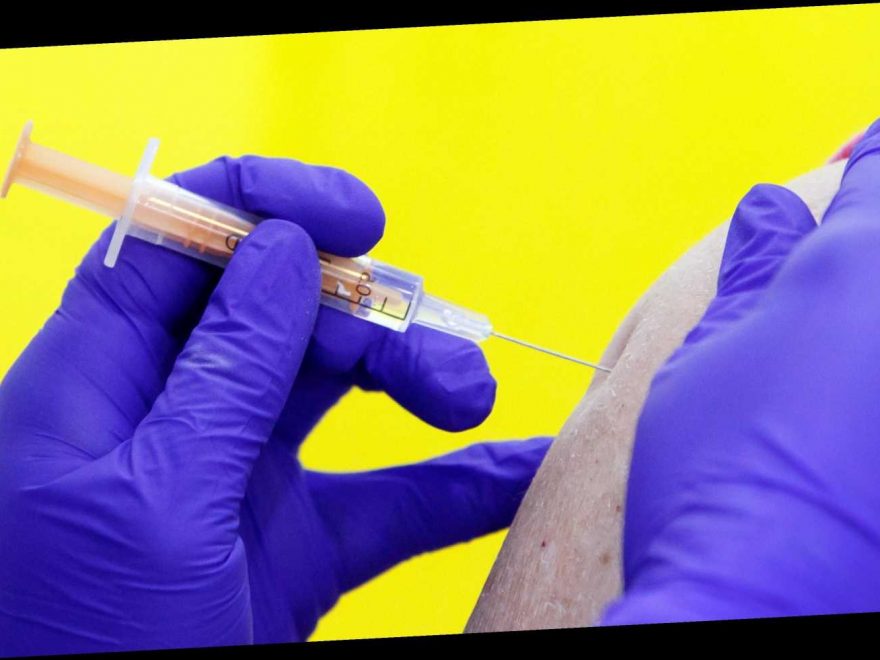 Stars weigh in at the top of the awards-show season

Forget passion. Forget even fashion. My dry cleaner thinks I’ve either retired or joined a nudist colony. Nothing’s been sent to him since two blouses 11 months ago. And social life has been limited to one friend who has antibodies. She came over. Twice. Enough already with Monopoly. How many times can I buy Park Place?

Everyone tells you the same: “It’s because you’re no longer going out and doing things. You’re not exercising.” Exercising? Like maybe in the old days they thought I jogged 5 ¹/₂ miles a day? Loaded bricks? Chopped trees? Hauled machinery? Me walking into a car parked at the curb, sitting at an interview, typing notes was exercising? What are they talking about?

And no restaurants. My Guyanese housekeeper Nazalene now orders spices that groceries can’t spell. Ask for tuna on white, she wants two days off.

When you read this, I’ll have just had my second follow-up shot. The after-menu’s Tylenol. She had made coconut soup. Exactly what anyone wants to gorge on after a medical injection. What’s in it? “Plantain, cassava and eddo.” Her main dish would’ve been pita-roti with pouri, breadnut and pumpkin walou. Just great. Perfect with Tylenol.

I’ve been stuck home 11 months. Even my Yorkie is tired of me. Shove Alpo. He’s getting so he likes chicken tandoori.

And forget what happened to your appearance. Fauci looks better. Who gets to the beauty salon or anyplace? My warm brown hair now starts 6 inches from the snow white follicle. Toenails have reached chopstick proportions. Hands?

I mean, please. The plumber’s look better. I personally glued on a fake middle nail, which popped off during the one dinner I had out. Under mittens. Outside.

Personal upkeep’s a lot of work

Listen, women need help — facials, hair tints, manicures, pedicures, exercise, diet foods, tweezing — and the older you get the more appointments you need. Dressmaker, shoe repair, eyebrows shaped, teeth cleaned, handbag fix, seams taken out, jewelry fix, sweaters stretched, books returned. Please. I’ve taken to rereading “Tom Sawyer.” I was so busy repairing myself I had no time to make a living — and all this was to help me retain That Natural Look. Considering my hairpieces are older than my head, I am not standing in front of a bookcase like everyone else and doing Zoom. On tight shots, people’s nostrils loom large enough for a Hummer to drive through. My face stopped doing close-ups when radio came in. Without appointments or places to go and things to do, time runs into itself. A friend said, “See you Sunday.” I said, “This is Sunday.”

Foregoing a dress-code and staying terminally casual reminds me of a story told to me in 1989 by now-gone Jessica Tandy who, with her late husband Hume Cronyn, starred onstage and in films: Jessica’s in London. Doing back-to-back interviews for her big-time movie “Driving Miss Daisy.” She’s in a classy hotel. At 1 a.m., she gets up and out of bed. Being alone she wasn’t outfitted like Cardi B. Think old raggy see-through nightie.

A light’s on. She follows it. It’s the in-house emergency light that leads to the front door. She opens this door, thinking it led to the john. It didn’t. And it slammed shut behind her. And she’s out in the hallway. Alone — at 1 a.m. We’re talking a diaphanous nightgown. With everything hanging out. She was then senior. So when octogenarian parts hang out, that’s exactly what they do — they hang out.

Jessica Tandy, star of the season’s big No. 1 film “Driving Miss Daisy,” with Morgan Freeman and Dan Aykroyd, then had to summon a stunned elevator man to get her a key.

I have gotten my second shot. I am busy washing down Tylenol with coconut soup.