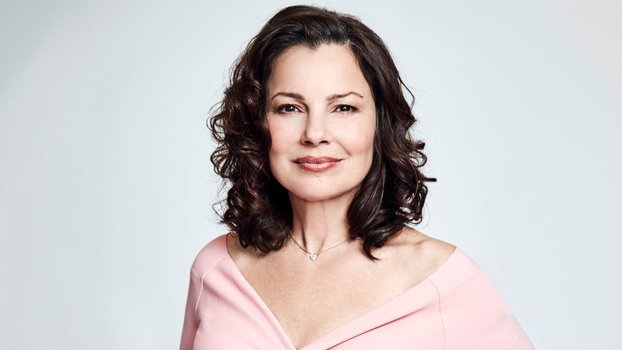 We all make plans for what we want our future to be. That’s, like, American Life 101. You’ve got to plan your play and play your plan, but no one has a crystal ball. When life bites you in the ass one random Tuesday afternoon and everything as you knew it changes forever, you’re going to kick and scream and say, “Why me? This wasn’t supposed to happen.”

You end up grappling with what to do, because the plan is no longer in play. It’s extremely discombobulating, but at some point you’re going to have to choose what path you want to take. Either you’re going to stay bitter about what will never be or you’re going to deal with your new reality as courageously and elegantly as you possibly can. That was the path I chose.

In 1985 I was living in Los Angeles working as an actress when I was raped at gunpoint [during a home invasion]. Afterward, I didn’t really get into my feelings or my vulnerabilities. I never wanted to come off as “weak,” so I just kind of buried it and got on with life. For the next 15 years I focused on working extra hard, making everybody else happy, and being a caregiver. I was busy with The Nanny, and I lived in the oxygen-thin air of other people saying how hard I worked and how nice I was. Then the show ended in 1999, and a year later I was diagnosed with uterine cancer. It was strange — and kind of poetic — that my reproductive organs, of all things, had cancer. But it was also an amazing affirmation that pain finds its way to exactly the right place in the body if you don’t deal with it. Since I hadn’t been paying attention to my own vulnerabilities, my pain from the rape lodged itself in my uterus. No one else around me had cancer. That was a rude awakening.

At that point I realized that I had to lose my Superwoman complex. I told myself, “You’re not Superwoman. You walk on the ground with everyone else. You’re just a person, and you’ve got cancer. So start feeling your feelings.” I believe that everything that comes at us presents an opportunity to become a more refined version of ourselves. The cancer was my opportunity to ask for help and basically become a more well-rounded person. After two years of misdiagnoses from eight doctors, by the grace of God, the cancer was still Stage 1. I had surgery on June 21, 2000, which, ironically, happens to be the longest day of the year. That date was the dividing line between what I call B.C. and A.C.: Before Cancer and After Cancer.

After Cancer became a whole new life. Suddenly I was a person who couldn’t have children. But I gave birth to a book, Cancer Schmancer, and launched a movement with the goal of transforming people from patients into medical consumers. The very word “patient” implies passivity. Fuck that. Take control of your body. Don’t ignore something and hope it goes away or drive yourself into an early grave because you feel like you have too much stuff to do for everyone else. That is a pitfall women often experience. I’m here to say, “Stop that!”

I almost feel like I got famous, I got cancer, and I lived to talk about it. So I’m talking. During the George W. Bush administration I was appointed public diplomacy envoy for women’s health issues. In 2005 I was instrumental in lobbying for the Gynecologic Cancer and Education and Awareness Act, which promotes the education of women with respect to gynecologic cancer. The bill passed unanimously, which means all 100 senators said, “Yes, Fran.” I was the celebrity who, fresh off The Nanny, was spearheading and galvanizing all this energy.

I also wanted to find a healthier way to perceive life experience, so I became a Buddhist. Yes, I’m now technically a Bu-Jew. Buddhism complements any lifestyle or religious affiliation and gives you a great vantage point on things. All I really do every day is read a little quote from a great spiritual thinker in a book of offerings. It’s mind-expanding and inspiring. Don’t get me wrong — I’m still a flawed human, and I fuck up. I get upset when I probably shouldn’t let something bother me. But I believe that life keeps presenting you with opportunities so you can see what you need to work on. It’s a journey, and you’re not done till you’re done.

Every intimate relationship is a journey too. It’s not a bad thing if something runs its course; in my case it was a necessary experience that taught me a lot about myself. I’ll try to put that relationship on a different shelf, which is what I did with my ex-husband, Peter [Marc Jacobson]. We met when we were 15, and he saw “star” written all over me. We’re a great creative team, and The Nanny was our baby. We divorced the year the show ended. He discovered that he was gay. It was interesting because even though he was gay, he was the one who was a little mad at me for leaving him. Can you believe it? One of the silver linings of the cancer was that we rekindled our friendship. He’s still my soul mate.

Life unfolds, and you have to be fluid or you’ll get stuck. You’ve got to try to make sense out of the senseless and open yourself up to a path you never would’ve otherwise taken. I never imagined that a) I would get cancer and b) I would become a leader in a health space who helped make a law in Washington. But that was where this has brought me. It’s given me the ability to be a more well-rounded and deeper person because now I’m able to be vulnerable. I’m connected to my pain, and it makes me empathetic and sympathetic to others. It also makes me a better actress — and authenticity has always guided my career. Now it’s led me to pursue my latest passion: stand-up comedy. What I like about it is that I’m not dependent on anyone. I can just write my act and show up anywhere. It’s yet another outlet for me to be self-effacing and share experiences in my life through humor that can, hopefully, inspire people who may have gone through the same things to open up. Sometimes the best gifts come in the ugliest packages.

— As told to Samantha Simon

Drescher stars in the upcoming NBC show Indebted. For more information on her foundation, visit cancerschmancer.org.

For more stories like this, pick up the August issue of InStyle, available on newsstands, on Amazon, and for digital download July 19.