The creature was caught on camera swimming in a circle close to the surface of the water, with tourists onboard rushing to the edge to get a clear view of the predator. Some of the people on the cruise can be heard screaming and shouting things along the lines of “Oh my God” and “Woah” while musician Alex Albrecht films from up in the mast, simply saying “Holy f**k” as he narrates the scene.

The musician captioned the clip: “Sailed six weeks in the Atlantic saw this big f*****g shark.”

The video, shared on TikTok, quickly garnered over 39.5 million views just three days after being uploaded, with thousands commenting on the dramatic clip.

One said: “Anybody else kind of want to jump in?”

Another added: “Them standing that close gives me ANXIETY.” 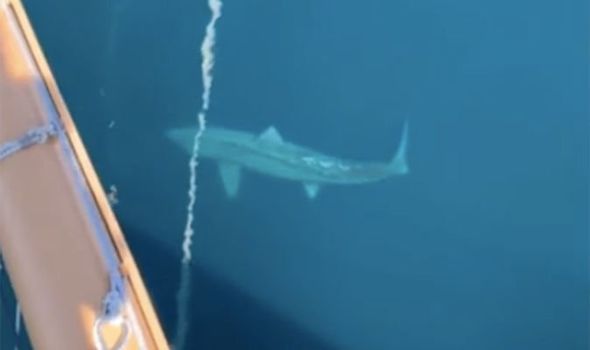 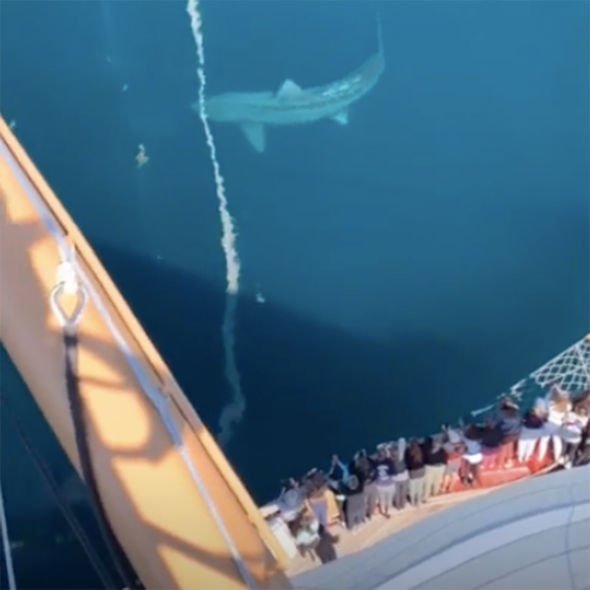 Some concerned viewers thought the shark might be a megalodon, an extinct but deadly species of shark.

A second person added: “Isn’t that a megalodon?” 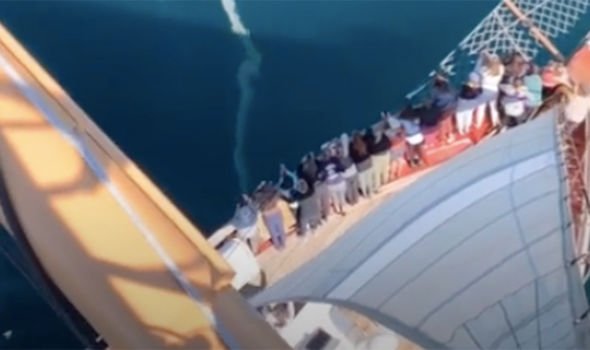 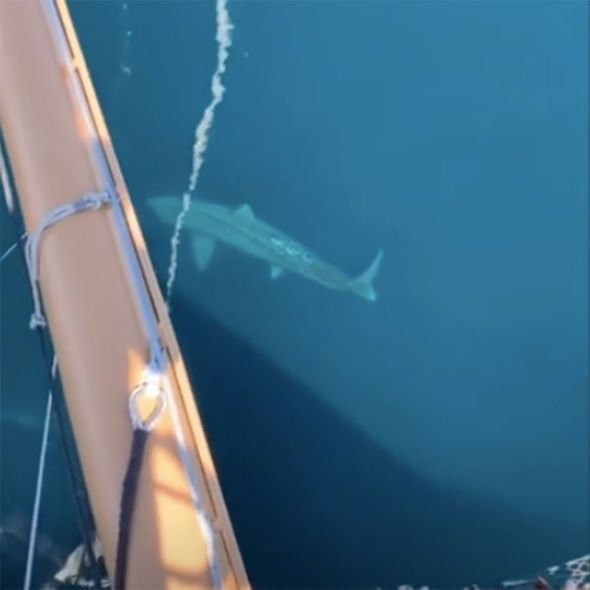 The megalodon lived 23m years ago, being up to 59 feet long.

They were able to swim incredibly fast and had teeth and jaws built for grabbing and breaking bones of prey, such as whales.

Other keen-eyed viewers pointed out that the shark may not be as dangerous as some first thought.

One TikToker said: “It’s a basking shark they are harmless and only eat plankton.” 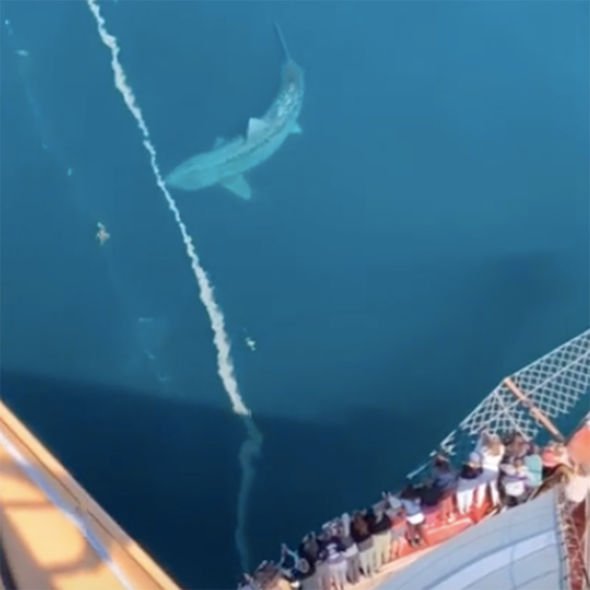 A second added: It’s a basking shark! They’re like whale sharks. They are friends! They only eat tiny plankton and krill. They are harmless to humans.”

Basking sharks are harmless to humans, are not aggressive and can reach up to 12 metres in length.

They are an endangered species and are protected in the UK under the Wildlife and Countryside Act.