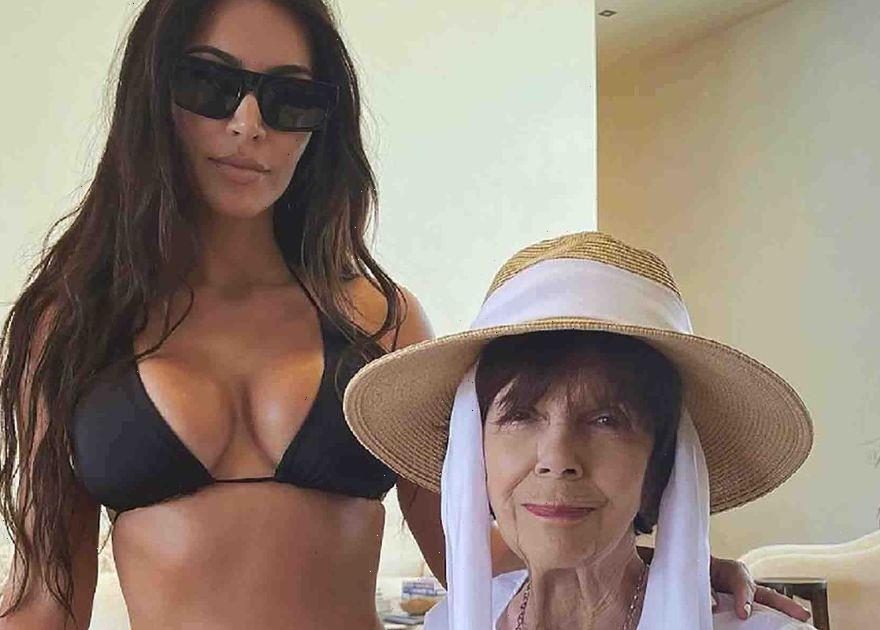 Kim Kardashian put on yet another eye-popping social media display on Tuesday.

The 40-year-old Keeping Up With The Kardashians star donned a black string bikini as she posed for a snap next to her grandmother Mary Jo Shannon, 86.

She shared the snap with her 223 million Instagram followers on Tuesday alongside the caption: "My cutie MJ."

Mother-of-four Kim wore her trademark tresses in loose waves and covered her eyes with a pair of designer sunglasses as she showed off her toned figure.

While MJ looked summer ready in her white lace top with a cross necklace, an elegant straw hat and a pair of off white trousers.

Unsurprisingly, Kim's recent Instagram grid update caught the attention of her fans, with some rushing to leave a flirty message for the star in the comment section.

Another added: "You look incredible."

It comes comes after Kim's eldest daughter North called out her mother in a social media video.

The SKIMS owner claimed to love Olivia Rodrigo's song Drivers License while unboxing a PR gift from the singer.

Kim showed off a package she received from the singer's team in honour of her debut album Sour being released.

While showing off the items, the reality star said she loved the new album, but daughter North, seven, said aloud: "You never listen to it."

The businesswoman shared the video but added a caption to it that read "North!!!!" with several laughing emojis.

Kim opened the clip with a view of the goodies she received, saying "Olivia Rodrigo! I love her album. You guys know I love Drivers License."

The youngster is heard saying out loud: "You never listen to it."

Kim hit back with: "Yes I do I listen to it all the time. Stop North."

She then asked her son to confirm she does in fact listen to the album: "Saint, don't we listen in the car all the time?"

She says yes, seemingly after he says it but it is not heard on the stories.

Kim added: "Can you say that louder for the people here? I listen to it all the time Saint," adding as he repeats himself.

"See guys what a cutie thank you," Kim said.