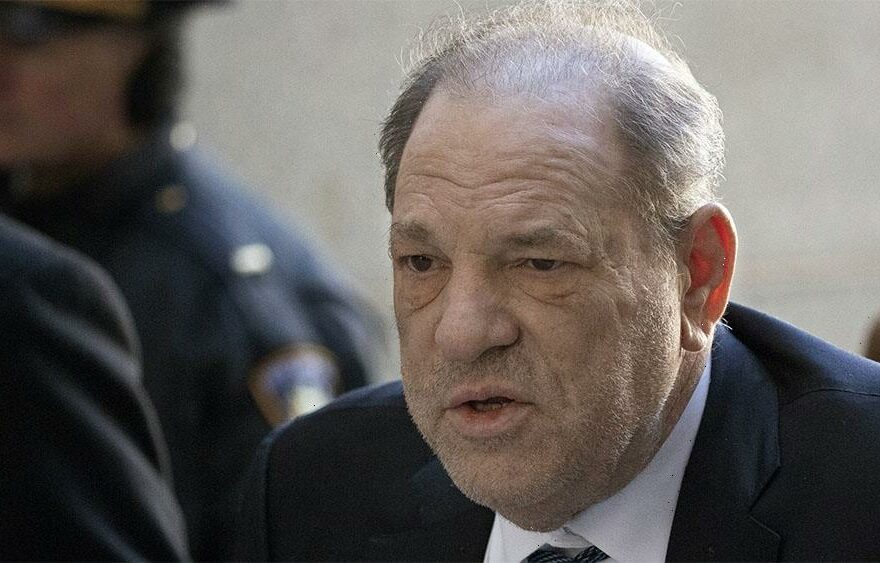 Harvey Weinstein’s defense called their first three witnesses on Monday morning, following nearly a month of the prosecution’s case in the disgraced producer’s Los Angeles sexual assault and rape trial. Weinstein’s attorneys have said they intend to call six witnesses in total, and expect to rest their case this week.

All three witnesses took the stand to testify about details relating to allegations from Jane Doe No. 1, who testified that Weinstein raped her and forced her to perform oral sex in February 2013.

In her three-day testimony, Jane Doe No. 1 broke down on the stand when she claimed she was assaulted by Weinstein during a business trip in L.A. where she was a VIP guest attending the Los Angeles Italia Film Festival. She claims that the alleged incident occurred at her hotel, Mr. C Beverly Hills, when Weinstein suddenly showed up in the middle of the night and forced his way into her room unannounced. “He just walked in,” she testified. “I didn’t understand what was going on … I remember thinking, ‘Did he follow me?’ I don’t know him.” Jane Doe No. 1 told the jury that she asked Weinstein to leave, but then she froze and was scared he was going to kill her. “I was panicking and started crying … He didn’t care,” she said on the stand. “I wanted to die. It was disgusting. It was humiliating.”

During cross examination, Weinstein’s attorney, Alan Jackson, questioned why Jane Doe No. 1 continued to stay in the same hotel room after she was allegedly raped. “You stayed in the very room where you say you were attacked and victimized?” Jackson asked.

Jane Doe No. 1 reported her alleged assault to authorities four-and-a-half years later in October 2017, and told the jury that she only came forward to report the incident when her teenage daughter — who was also a victim of sexual assault — encouraged her to go the police. Earlier this month, her daughter, Maria, testified to corroborate details of her mother’s story, saying she “had the courage to speak out only because my mom promised me” that she would also go to the police about her own alleged assault.

On Monday, the defense called Beverly Hills PD Detective Stephanie Frias, who interviewed Jane Doe No. 1’s daughter in 2017 when she came to the police station to report her own assault that allegedly occurred at her high school. Weinstein’s attorney asked the detective if Jane Doe No. 1 said anything about being a victim of sexual assault while she was accompanying her daughter at the police station.

“Did Jane Doe No. 1 ever tell you or mention to you her own victimization?” Jackson asked the detective, who responded, “According to my report, no.”

Prosecutor Paul Thompson followed up by asking, “Jane Doe No. 1 was focused on the situation with her daughter?” to which the detective said, “Correct.”

The defense also called a firefighter from the Los Angeles Fire Department to testify, who confirmed that a fire alarm went off at Mr. C’s hotel and the LAFD was dispatched during the early morning hours of Feb. 18, 2013 around 12:45 a.m., which was around the time of the alleged rape of Jane Doe No. 1.

During opening statements, Weinstein’s defense told the jury that Weinstein is not a serial predator and that the women all engaged in consensual and “transactional” sex with the powerful producer — or, they suggested, some of the women are lying about the alleged sexual assaults.

“If you look carefully at the building blocks of the prosecutors’ super-sized case … you will see a different picture emerge than what the prosecutor described for you,” Weinstein’s attorney Mark Werksman said during opening statements last month. “You will see that these were all consensual relations, or in some cases, they didn’t happen at all.”