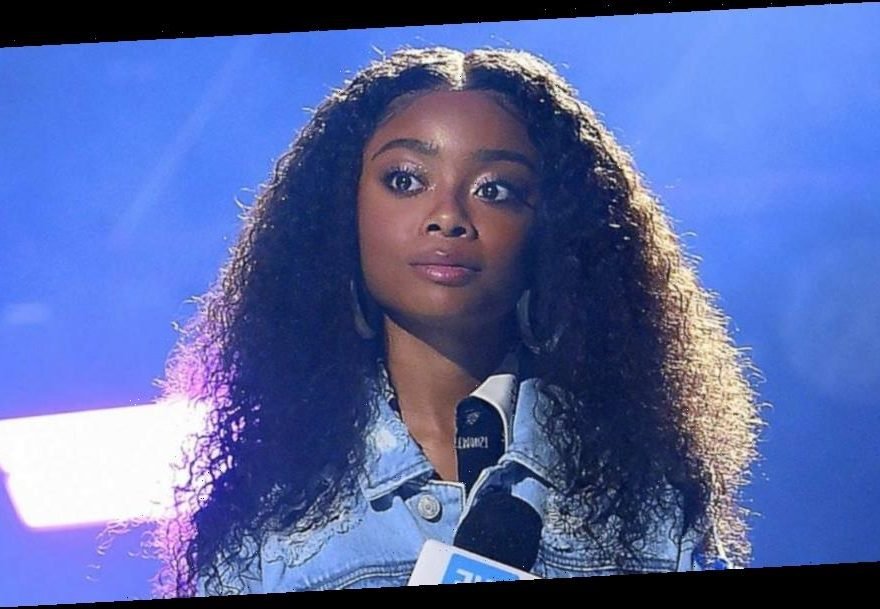 Actress Skai Jackson, best known for her roles on the Disney Channel, has learned a lot in just 17 years, sharing a message of empowerment and how she became the queen of the classy clapback in her first-ever book.

The talented teen joined “Good Morning America” and said the message of her memoir, “Reach for the Skai: How to Inspire, Empower, and Clapback,” is to “stay true to who you are — and be yourself.”

“Love yourself no matter what anyone tells you,” she said, adding that she wants to teach others how to “inspire, empower and clap back.”

Jackson said the art of the clapback is pretty simple, “If someone is coming at you negatively,” she explained. “You put them in there place without being too nasty, so you just clapback a little bit.”

“If you want to clapback, just know your facts and then tell the truth and that’s all you have to do,” she added. If all else fails, “let it slide and block them.”

Life in the limelight has come with its share of negative attention for Jackson, but she said her mom has remained a positive role model who reminds her to embrace her differences.

“I used to be bullied over the years in school and on social media, but my mom has always just taught me that you are who you are, you can’t change it and you should always love yourself,” the actress and YouTube star said.

Another “loving and down to Earth person” who Jackson said had a profound impact on her was former “Jessie” co-star, Cameron Boyce, who died at just 20 years old earlier this year.

“Cameron was like a big brother to me,” Jackson said, adding that he would “brighten up the whole room” just by walking in it. “If you were having a bad day he would just like make you feel like everything was OK.”

“He was just such a loving down to Earth person — how you saw him is how he really was,” she added. “I miss him and we’ll just continue his legacy and do everything that he would want to do.”

Looking ahead, Jackson said she would love to “put my hands in every pot,” which hopefully includes “more movies and hopefully another fashion line.”

“Reach for the Skai: How to Inspire, Empower, and Clapback” is available Oct. 1 where books are sold.

Disney is the parent company of ABC News.