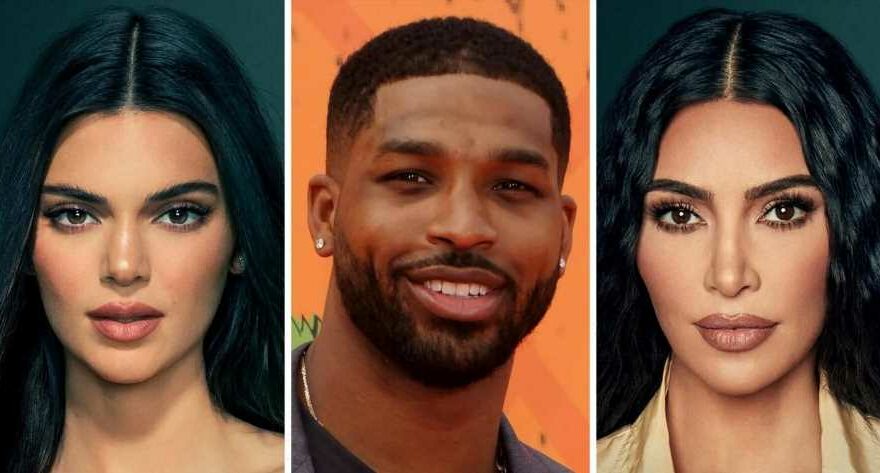 Not surprised. The Kardashians have gotten used to Tristan Thompson’s dating habits — and his love life is no longer their concern.

What Every Kardashian Has Said About Tristan Thompson’s Paternity Scandal

“Tristan normally does his own thing and is present when it comes to True,” a source exclusively tells Us Weekly about the NBA star’s personal life. “Him being spotted with another woman isn’t shocking news to the Kardashians — it’s happened multiple times over the past few months.”

The Chicago Bulls player, 31, made headlines on Saturday, July 16, when he was spotted holding hands with a mystery woman while in Greece. Thompson’s outing with his rumored flame occurred three days after Khloé Kardashian’s rep confirmed to Us that she and the basketball star are expecting baby No. 2 via surrogate, despite calling it quits in 2021. The two are parents to 4-year-old daughter True, while Thompson is also dad to 5-year-old son Prince with ex Jordan Craig and son Theo, 7 months, whom he shares with Maralee Nichols.

Khloe’s Most Honest Quotes About Tristan: Infidelity, Coparenting and More

“He’s a big flirt which they’re well aware of,” the insider continues of the basketball star, adding, “It’s embarrassing for him, not them, since Khloé and Tristan are completely done.”

“To everyone that’s freaking out about this video of Tristan in Greece with another girl, Khloé and Tristan are both single and according to the statement from Khloé’s rep, they haven’t spoken since December besides coparenting,” @kardashiansocial shared via Instagram on Monday, July 18, alongside footage of Thompson and the woman walking down the street hand-in-hand. “So I don’t know why it would be crazy for Tristan to be with another girl as long as he’s a good dad to his baby which we don’t know when Khloé’s surrogate is due.”

Despite the many ups and downs in their relationship — and Thompson’s multiple cheating scandals — the former couple opted to have another child together.

“We can confirm True will have a sibling who was conceived in November,” a rep for Kardashian told Us on Wednesday. “Khloé is incredibly grateful to the extraordinary surrogate for such a beautiful blessing. We’d like to ask for kindness and privacy so that Khloé can focus on her family.”

One day later, multiple sources told Us that the Kardashians star and Thompson are expecting a baby boy.

The surrogate became pregnant one month before the Cleveland Cavaliers alum’s paternity scandal broke, during which it was revealed that Thompson had once again cheated on Kardashian — and fathered a child with another woman. In December 2021, Nichols, who gave birth to his son Theo that same month, sued the athlete for child support. One month later, a paternity test determined Thompson was Theo’s father.

While the sports pro issued a public apology to the Keeping Up With the Kardashians alum, the damage had already been done.

“I am replaying every event, every grand gesture, every trip [and] every date. All of that was a lie,” the California native said in a June episode of The Kardashians. “I feel just not really in my own body. … Everything is an act of betrayal. Everything is a lie. Everything is manipulation [and] it is deceit. Did Tristan have every opportunity to tell me? Yes. Was Tristan going to tell me if there wasn’t a baby involved? Absolutely not. And that shows a lot about his character. The entire thing is despicable.”

As the drama unfolded on the inaugural season of the family’s new series, Kim Kardashian, in particular, came to her sister’s defense.

Though the coparents are having another child together, they “are not back together,” a source told Us, noting that Khloé and Thompson “have not spoken since December outside of coparenting matters.”