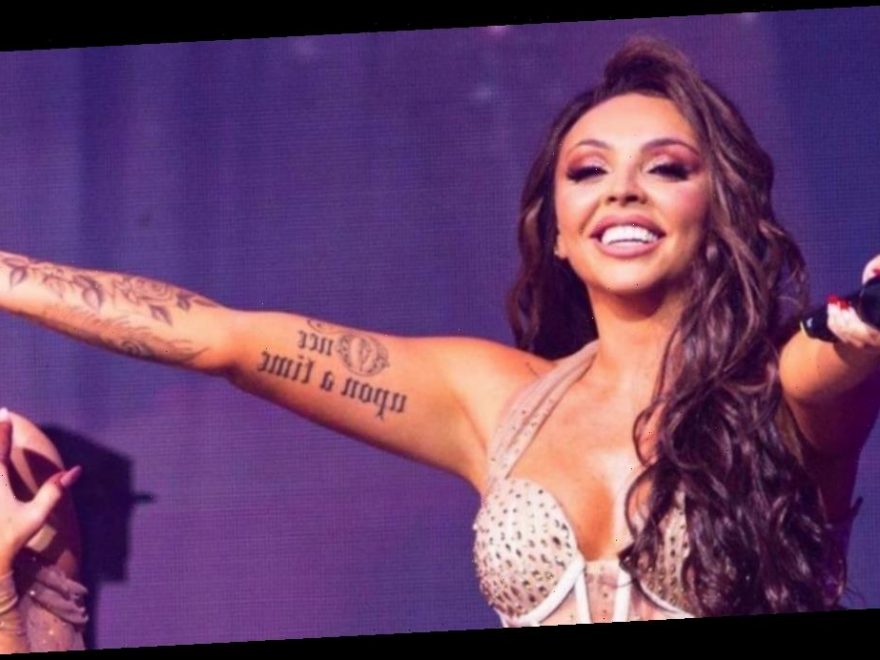 Little Mix first started their reign as one of the world's biggest girl bands on ITV’s The X Factor all the way back in 2011.

Since then they have gone on to release six chart topping albums and won countless awards.

However, after nine strong years together it was announced that Jesy Nelson would be taking a step back from the band to focus on herself and her mental health.

Of course we’re deeply saddened by this just like band mates Jade Thirlwall, Leigh-Anne Pinnock and Perrie Edwards, but we also admire her for making such a tough decision.

Jesy took to her Instagram on Monday 14 December to post her heartbreaking announcement to her 7.4million followers.

“There comes a time in life when we need to reinvest in taking care of ourselves rather than focussing on making other people happy, and I feel like now is the time to begin that process.

She then revealed: “So after much consideration and with a heavy heart, I’m announcing I’m leaving Little Mix.”

Not only has the brunette given us beautiful vocals but she has served us many killer looks.

So it’s only natural that as she takes a break from the spotlight, we take a trip down memory lane to look at her top five looks.

Before the band released their sixth studio album Confetti, the girls filmed a summer themed music video for their song Holiday.

Jesy posted this behind-the-scenes snap of her in one of the costumes and we can’t get over how incredible she looks.

Not only does her body look insane with her natural curves but we’re also obsessed with her mermaid-inspired locks.

In January of this year, Jesy attended the National Television Awards (NTA’s) for which she was nominated and won an award for her factual documentary Odd One Out.

Taking to the red carpet before the show, Jesy stole the spotlight in the flawless, bold orange gown by designer Suzanne Neville.

We’re big fans of the structured corset bodice which then flows out into a luxurious orange puddle train around her. Last year the girls embarked on another sellout tour of their fifth album LM5 and of course the costumes were as stunning as expected.

One of our favourites had to be Jesy in this fabulous embellished corset dress.

The subtlety of the outfit really highlights her small waistline and of course we can’t get enough of that infectious smile of hers.

There is only one woman we know that could make an Adidas tracksuit look this chic and that is the one-and-only Jesy Nelson.

Jesy’s stylist took this classic green tracksuit and put a spin on it, by combining a matching bralette with these great tie up bottoms, we are completely in love with this look.

One thing that we can’t deny Jesy of is that this girl knows exactly how to dress for her shape.

Taking to the red carpet of the 2019 Brit Awards alongside one of her best friends, Jesy wore this incredible black lace, nude illusion dress and there isn’t a single flaw in sight.

We’re going to miss seeing this beauty perform with Little Mix and her undeniable style, but we wish her all the luck in the world with her future and we salute her for putting her mental health first.